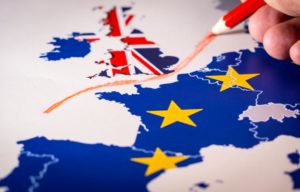 Guest comment by Damien Crossley and Rhiannon Kinghall Were

Almost all credit funds make and hold investments via an asset holding company below the fund. Until now, the inflexibility of the UK tax rules has prevented all but the most determined from using the UK as an AHC location. Luxembourg and, to a lesser extent, Ireland, with their beneficial tax regimes, have become the ‘go-to’ locations.

In the government’s first paper on the introduction of the new AHC regime it admitted that the “barriers, which do not exist in some other jurisdictions, are leading these entities to be located outside of the UK”.

However, the introduction of the UK’s AHC regime looks set to change this. While available for holding private equity, real estate and credit investments, we expect the UK AHC to be particularly popular with credit fund managers, especially those that have not yet established any significant presence in Luxembourg by way of employees on the ground and an office.

There are two primary drivers behind the introduction of the new regime. First, the AHC regime is seen as a key component of the government’s wider funds review to strengthen the UK’s financial services industry as a national asset post-Brexit. Second, it helps funds form a better narrative around economic substance (an increasing area of interest for investee country tax authorities) by ensuring the AHC jurisdiction is co-located with the fund management activity.

There are other added benefits for investment fund managers. The government intends for a UK AHC to be able to access the country’s extensive treaty network with investee jurisdictions while only being subject to a minimal layer of tax, in line with the principle that investors should be no worse off investing in a fund than if they invested in the underlying assets directly.

To achieve this, the new UK AHC regime takes the best features of the Luxembourg regime but goes further and improves on the offering in a number of respects, including a broader exemption for capital gains on shares and simpler rules on sheltering pull-to-par gains on debt from tax.

Those that have either struggled to make the UK work so far or have only dipped their toe in Luxembourg will be pleased that the UK regime will help to reduce tax leakage and ensure that returns to investors are optimised.

Finally, as the UK AHC will be outside the scope of the offshore fund rules, it will be easier to ensure underlying capital gains are returned to investors in capital form for UK tax purposes.

One of the key attractions of the regime is that it is not Luxembourg. Always popular as an AHC jurisdiction, it has also become the jurisdiction of choice for private credit fund vehicles in the period since 2015.

However, this success has led to a degree of overstretch within service providers as well as a war for talent for managers needing to hire people to establish ‘in country’ substance. In addition to those practical issues, the tax regime in Luxembourg has become more complex over recent years following the implementation of the two EU anti-tax avoidance directives with a third, targeting shell companies, in the pipeline.

Those experienced with Luxembourg will appreciate the reduction in overheads and administration costs associated with running operations there, and those that had not quite got there will be relieved that there is another serious option to consider.

Overlaying this with the increased demand from investee country tax authorities for ‘in country’ substance and the difficulties and cost of establishing that in Luxembourg, the potential attraction of a UK AHC becomes clearer.

When you take the new UK regime and couple it with the non-tax reasons for why you might choose the UK as a jurisdiction, there is now a compelling offer on the table. The set-up and ongoing operational costs of a UK AHC will be cheaper and there is greater professional capacity to serve the needs of the AHC in the UK. In a post-covid world it will also be much easier to get a flight to London than to Luxembourg, meaning that the location will not create such a bind for non-resident directors attending board meetings. Jolly though a trip to Luxembourg can be, for those London-based executives facing the prospect of the return of their regular trips to Luxembourg, we suspect the attraction of the UK regime will be overwhelming.

In the final months of consultation on the draft legislation there are a few points that will need ironing out. The government needs to ensure that the regime is straightforward to use and does not undermine the competitiveness of it by overwhelming the rules with complexity. In our view, the eligibility criteria need to cater for as many structures as possible and there needs to be ease of entry to and exit from the regime, the latter to soothe
change-of-law concerns.

The withholding tax exemption may trip up ordinary lenders as currently it is drafted to provide only an exemption for payments made to investors in the AHC. The regime also needs to work for UK resident non-domiciled investors to ensure the UK AHC does not convert non-UK sourced assets into UK source.

However, we are anticipating that these issues will be resolved to ensure there is no material disadvantage between using the UK regime over a Luxembourg holding company structure and plenty of advantages.

The government is wasting no time on implementation. Ambitiously, the new regime is set to go live from 1 April 2022. The next few months will see the government undertake final consultation around the detail of the regime before further draft legislation is issued for review in the autumn and then finalised by early next year.

Fixing the tax treatment for UK AHCs is rightly seen as an important first step in recalibrating the approach the government takes with the asset management industry. It has been a fragile relationship over the past few years, and so it is hoped that given these reforms and in anticipation that the wider funds review (which is yet to be concluded) will deliver an equally encouraging approach, the outlook is more positive.

At the very least, these reforms will allow the industry to begin to fulfil its potential and grasp the opportunities presented from a post-Brexit and post-pandemic environment.

Damien Crossley is a partner and head of the tax group and Rhiannon Kinghall Were is head of tax policy at law firm Macfarlanes.