Unitranche lending is a potential area of growth heading into 2019.

This “one-stop shop” strategy has gained momentum over the last few years and will probably continue to grow as multiple lenders cite an uptick in private equity sponsors looking for that option.

Mount Logan and BC Partners recently started a joint venture focused on a unitranche lending strategy. The pair announced the venture at the end of November because sponsors were asking for it, Ted Goldthorpe, the chairman and CEO of Mount Logan and a managing partner at BC Partners, told Private Debt Investor.

Mount Logan plans to commit $10 million to invest alongside BC Partners in unitranche lending to US-based mid-market companies with between $10 million and $50 million in EBITDA.

“This would be [a] one-off ten years ago, now it’s standard,” Goldthorpe said. “I think it’s going to continue to increase more, and more lenders are looking to provide them. Now that sponsors have used them, they are becoming more and more common.”

Michael Ewald, the managing director and global head of Bain Capital Credit’s private credit group, told PDI that he thinks unitranche is still in the early phase of its adoption and noted that his firm continues to grow that part of the business.

Ewald is also the chief executive of Bain Capital Specialty Finance (BCSF), the firm’s business development company that recently debuted on the New York Stock Exchange. The vehicle devotes 19.1 percent of its portfolio to a joint venture with Antares Capital that focuses mainly on unitranche lending, according to Securities and Exchange Commission documents.

From the end of the third quarter 2017 to the end of the same quarter in 2018, the joint venture issued five new loans in that strategy, according to SEC filings.

Ewald said that unitranche offers a good option for borrowers looking for a mix of junior and senior debt because it offers a combination of the two. He also added that there is a “stark” difference in pricing between a unitranche and a first lien-second lien financing package, with the former being much cheaper than the latter.

Goldthorpe echoed that statement: “The advantage of a unitranche loan is it’s one-stop shopping.”

The weighted average cost of leverage doesn’t change in this scenario, Ewald said. And unitranche loans offer a similar yield to other senior secured lending options. BCSF showed a weighted average yield return of 8.3 percent for the strategy at the end of the third quarter, according to SEC documents.

Goldthorpe said he thinks unitranche lending can generate returns of around 10 percent.

Ewald noted that there is also a bonus when it comes to paying a unitranche loan back. It eliminates the added expense that comes with combined loans, where users pay off their cheaper loans first, while the more expensive debt racks up interest.

Several other business development companies are also utilising JVs as part of their unitranche lending, including one between Ares and Varagon and another with Solar Capital and PIMCO. Ares and Varagon dramatically grew that partnership, the Senior Direct Lending Program, this year from $2.9 billion to $6.4 billion in February.

For Bain, it is also making up a larger share of its business.

“We continue to grow that part of that business [unitranche lending with the Bain-Antares JV],” Ewald said. “We have seen more deals come in than come out of the program.” 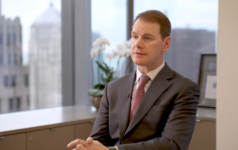 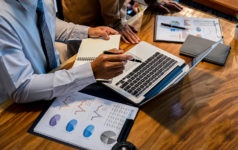 US BDCs are booming, but a reporting revamp is needed