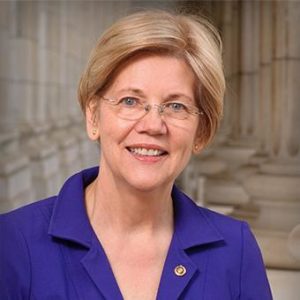 What are the prospects for your industry when a White House hopeful refers to you and your professional brethren as “vampires”? Probably not good.

Such is the sentiment that US senator and Democratic presidential candidate Elizabeth Warren expressed last week about private equity firms when unveiling legislation that would reform the leveraged buyout model that is the cornerstone of private equity.

The bill, provocatively titled the “Stop Wall Street Looting Act”, is more likely a political statement for her rather than standing a chance of becoming law. But if private equity and private credit managers don’t understand the subtext of the bill, their industries could forever change.

The bill is instructive of what a Warren presidency might look like and who might be in the crosshairs of her policies. Having a president as liberal as Warren is certainly not out of the question – the same forces that triggered Brexit and the election of Donald Trump could create that outcome.

As one C-suite fund manager said about Washington: “If you’re not at the table, you’re on the menu.”

What many glossed over in the legislation – beyond the elimination of portfolio monitoring fees, disclosing of returns and reining-in of other alleged abuses of buyout shops – was the fundamental shift in US bankruptcy laws, a subject Warren taught at Harvard Law School before her 2012 election to the Senate.

In short, her efforts are to correct what many American liberals view as an unfair advantage tilt in bankruptcy cases to private equity firms (in the failure of portfolio companies) and executives of debtor businesses.

Elevating the claims of employees

Employee severance and benefit claims would be elevated to administrative expense claim level under Chapter 11 statutes; in short, employees would be put on par with restructuring professionals working on the bankruptcy case.

Chapter 11 cases, particularly the mega-bankruptcies, also have a key employee incentive programme. The former are payments to senior executives if certain goals are met in the restructuring process, such as a court-supervised sale.

Warren’s legislation severely curtails them by prohibiting such payments if rank-and-file employees have not received their promised benefits or if the company reduced worker benefits in the 12 months leading up to the Chapter 11 case.

Looking beyond stakeholders in a bankruptcy sale

Another paradigm shift would be the considerations bankruptcy judges must weigh when evaluating an offer to purchase specific assets or the company itself. Currently, the key question revolves around recoveries to the stakeholders: which one produces the best outcome for those owed money?

Under the Warren legislation, bankruptcy judges would be required to take workers’ interests into account when running a so-called Section 363 sale in a Chapter 11 bankruptcy case.

“There would be unintended consequences,” one attorney told Private Debt Investor. “You’re losing part of the utility of bankruptcy: to cleanse yourself and find a willing buyer to get the best price for the claimants.”

This provision would be to the detriment of a company that filed due to unsustainable labour costs, the dealmaker said, and could result in more liquidations. Current statutes give weight to what bid keeps the business operating.

Fair or not, private equity – and private credit by extension – has suffered more than a few black eyes from bad press in recent years.

The headline case is the bankruptcy of Toys R Us, an American icon that for decades was synonymous with children’s toys. In that case, the backlash from investors was fierce. Powerful limited partners pushed private equity firms involved in the bankruptcy proceeding.

The public’s negative perception could be a hindrance to the explosion in alternative assets, or at least in their current form, as the Toys R Us case showed. Legislation like the bill Warren introduced – one analyst told Bloomberg News it was “industry-destroying” – could all but kill the buyout formula, robbing private credit managers of a vast array of dealflow.

To be clear: we’re not predicting the demise of private equity or private credit. Fund managers and their brethren are some of the smartest minds around and would ultimately find a way to adapt; after all, changes in federal regulation catapulted alternative lenders to their current status.

Rather the boom in private markets investing could look very different in the future if the groundswell of populism is enough to result in an Elizabeth Warren presidency.