From 24 September, a further $200 billion-worth of goods, covering almost 5,750 items, are subject to a 10 percent tax, increasing to 25 percent in January.

And, for some, the tariffs are affecting profits. In an interview on Bloomberg Television, Ford Motor Company chief executive Jim Hackett said the tariffs on metals had already cost his company around $1 billion in profit. Research among around 100 leading general partners by Hamilton Lane revealed a potential trade war was the issue they worried about the most.

The tariffs are not, however, having an impact on investment – at least, not yet.

“I don’t see the sabre-rattling between Beijing and Washington as thwarting the propellers that have moved us into year eight or nine of the tremendous economic ride we’ve enjoyed,” says William Curtin, global head of mergers and acquisitions at Hogan Lovells.

“For the strategic investors, tariffs are not dominating M&A discussions unless tariff-impacted jurisdictions are integrally involved in the transaction.”

The Riverside Company has 81 companies in its portfolio, 45 based in North America. It determined 10 are impacted by tariff imports into the US, says Brian Bunker, an operating partner and managing director based in Hong Kong.

“We’ve been talking with the CEOs and the teams and also getting some expert advice from [law firm] Jones Day, and launched a number of initiatives in order to mitigate these impacts,” Bunker says, adding that the tariffs are not expected to have a “substantially adverse impact on EBITDA” going into 2019.

Some of those tactics include shifting sourcing from China to other countries for companies that already use alternate suppliers and others identify new suppliers.

For portfolio companies that bring product into the US and then re-ship it to Australia and Europe, Riverside is implementing drop-shipping to connect the product directly with customers. The firm is also working with some companies to add production in the US.

Across the market, Bunker is seeing more regulatory pressure on US firms doing business with China as a result of the tariffs.

“They’re coming under scrutiny for customs procedures, whether they are paying their tax, bribery investigations, transfer pricing. There’s been an increase in inspections, also licences and approvals are taking longer to get,” he says. “The Chinese feel this is going to result in higher consumer prices for them because they put tariffs on US goods and that will roll into lower GDP growth.”

“Talking to policymakers [in China], they are very concerned about this, especially since the Chinese gave or were willing to give quite a lot of ground in the May negotiations and were helping the US with the North Korean situation. They were taken quite by surprise when these tariffs came into effect.”

The Tax Cuts and Jobs Act of 2017, which came into effect on 1 January, was the biggest change to US tax policy in decades.

The bill – while, in the words of Blackstone chairman Stephen Schwarzman, “no love letter to private equity” – has, on balance, been beneficial for the industry, says Jason Mulvihill, general counsel for the American Investment Council.

“On net, what we see for mid-market businesses and funds, a lot of the changes in tax reform were very, very helpful, and some of the things that could have been worse were more limited in their grasp,” he says.

“By and large lowering the corporate rate substantially was a net plus; the pass-through deduction for portfolio companies is also very helpful; the 100 percent expensing provision is helpful for capital-intensive mid-market businesses.”

Investment activity has been strong, with mid-market firms investing in an estimated 1,358 deals worth $178.5 billion – increases of 16 percent and 5 percent respectively on first-half 2017 figures, according to PitchBook.

Curtin says M&A activity is driven by two components: a tangible set of criteria, such as availability and cost of capital and the relative health of company balance sheets; and psychology.

“If you think about the US economy, it accounts for almost half of the value of M&A that occurs in the world. In the US today, you have unemployment at the lowest rate in 49 years with jobs being created faster than job applications are being filed. Then you have the GDP growth rate at a historically high level,” he says.

“That momentum and psychology and the capital markets flourishing sets confidence levels and ambitions and expectations in a way that propels non-organic growth.”

US tax reform, says Curtin, is “just another propeller”, making much more capital available to large US-based strategics – a positive for mid-market private equity firms looking to offload portfolio companies. Data from PitchBook show corporate acquisitions have accounted for 64 percent of exit value in the mid-market this year.

What a difference a ‘DA’ makes

One potential sticking point for portfolio companies is the limit on interest expense deductibility. Under the new law, this is limited to 30 percent of a company’s EBITDA until 2021. Previously there was no limit.

Analysis from Hamilton Lane released earlier this year shows the drag from limited interest deductibility begins to offset some of the benefits of the tax cut once debt levels approach 5x EBITDA but will not have a negative impact on equity value until leverage levels reach around 7.5x EBITDA.

But in 2022, the limit gets tighter, switching over to a 30 percent limit of EBIT.

“That would be, I think, much more problematic for a wide swathe of businesses, not just ones owned by private equity,” Mulvihill says.

Pam Hendrickson, chief operating officer and vice-chairman of The Riverside Company, adds: “We’re all a bit concerned about what happens in 2022 when we go to EBIT because at that point, that will restrict how much interest we can deduct considerably.”

Mulvihill says members of Congress who were involved in crafting the tax bill have indicated there was “no valid policy reason” for the change to EBIT and will push to make the 30 percent of EBITDA limit permanent. However, firms must prepare for the law as it stands today.

“Other countries around the world generally are using EBITDA actually, so restricting us to EBIT makes us uncompetitive as well as causing some challenges,” Hendrickson says.

As Hendrickson points out, the full impact of the tax reform has yet to be seen.

“For the calendar year 2018 people haven’t actually filed their tax returns yet,” she says. “The interest limitation is generally a negative factor, but the lower corporate tax rate and 100 percent bonus depreciation are positive factors. So the impact will vary company by company.”

This article was first published in our sister title Private Equity International. 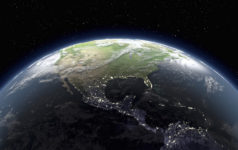 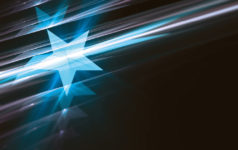