Private Debt Investor
Home News & Analysis Deals What’s not to like about Apollo’s purchase of Athene?
Return to search 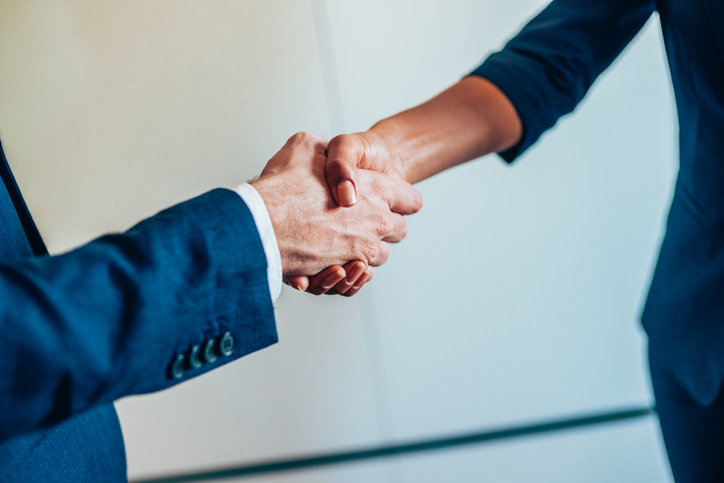 There was a good bit of noise around Apollo Global Management’s announcement early this week that it was merging with its Athene insurance affiliate in an all-stock deal that values the latter at $11 billion.

Shares of the private investing juggernaut fell some 8 percent mid-week from their pre-announcement level before recovering somewhat on Thursday. Some worried that Apollo, which backed Athene when it was founded in 2009 and already owns 30 percent of it, was too heavily boosting its exposure to a more capital-intensive balance sheet – one in which the lower-risk insurance business would constitute nearly 40 percent of the company after the merger.

Apollo currently manages more than $450 billion – some $340 billion of it in assets from yield-based investments – and has set a target of $600 billion within five years. Athene, which was formed to snap up struggling insurance companies hurt by the financial crisis, had $202.8 billion in assets as of 31 December 2020.

Others saw the combination – which will increase Apollo’s stake in Athene to 76 percent and give shareholders in the latter the remainder – as the latest step in Apollo’s bid to strengthen its corporate governance after co-founder and chief executive officer Leon Black announced in February that he was stepping down from the CEO role. That announcement followed an independent review that found Black had paid financier Jeffrey Epstein – who died in prison after being indicted in 2019 on federal sex-trafficking charges – $158 million for tax and estate planning services, substantially more than was originally thought. The independent report found no evidence that Black was involved in any criminal activities related to Epstein.

Black will remain chairman and is passing the CEO reins to co-founder Marc Rowan, who has spent the last decade building the firm’s insurance strategy and was present at the outset in helping to build Athene. It is understood that the merger, as well as Rowan’s ascension to the role of CEO, has been under consideration for some time.

The companies said the merger would provide a stronger capital base and allow the resulting firm to rapidly scale asset and liability origination, broaden distribution channels and act as a “leading global solutions provider” in an environment “powered by strong market and demographic trends”. It was unclear what propelled the companies to combine now, but Black said in a news release that the deal “is all about alignment, turbo-charging growth initiatives and dramatically enhancing shareholder value”.

A deal that makes sense

It is true that the deal will strengthen Apollo’s corporate governance by giving it a one-share, one-vote structure, potentially paving the way for Apollo’s inclusion into the S&P 500. And it puts to rest any concerns of potential conflicts of interest that Apollo has faced because of the hefty fees it collects managing the assets of Athene, which issues, reinsures and acquires retirement savings products.

But apart from all that, the deal inherently makes sense. Although it is just the latest in a string of tie-ups between big insurance companies and asset managers, like KKR and Global Atlantic, Apollo set the pace in 2009 by recognising that managing portfolios of insurance assets like Athene’s annuities could be a steady source of permanent capital to invest. Athene is already Apollo’s largest asset-management client, representing about 40 percent of its assets under management and generating some 30 percent of its fee-related income. On a pro forma basis, the deal would more than double Apollo’s earnings in 2020. The deal calls for each Class A share of Athene to be exchanged for 1.149 shares of Apollo, a 17 percent premium to their price before the merger was announced.

While deferring to investors’ concerns about Apollo growing its alternatives assets platform by adding a lower multiple and capital-intensive insurance business, Glenn Schorr, a financial analyst at Evercore ISI, pointed out in a note to investors the “multiple positives” of the deal, citing the fact that it is “substantially accretive” at 7x earnings adding 40 to 50 percent to 2022 pro forma earnings; the very low execution risk of the deal because of Apollo’s substantial existing stake in Athene; the cleaner governance structure that could help pave the way for inclusion into the S&P 500; the increase in Apollo’s float and liquidity; and finally the scale, balance sheet and excess capital the deal brings to help accelerate Apollo’s front-end and direct origination platform buildout.

Moreover, Schorr wrote that the deal “might wind up being genius, paying a low multiple for an interest rate-sensitive business at the bottom of the interest rate cycle”. And he noted that both companies have “plenty of white space” to continue the “solid organic growth” they’ve been achieving. Indeed, Jim Belardi, co-founder and CEO of Athene, noted in a conference call after the announcement that Athene has delivered compound annual growth in book value per share of 16 percent since its inception, citing its assets and capital as two of the primary drivers of its success. With Apollo’s “differentiated capabilities” behind it, Belardi said, Athene consistently outperforms managing the asset side of its balance sheet, which helps it generate more spread than others and results in greater profitability.

“What you’re losing on yield or total return, you’re making up for by lowering the cost of raising capital,” says Richard Wheelahan III, founding partner of Fund Finance Partners, an advisor to asset managers. “I don’t think Apollo will ever slow down raising capital the traditional way; it’s just supplementing it with reliable inflows, which is a lot more efficient.”

Rowan said during the call that the merger is “accretive unlike any other transaction” and gives Apollo “a lot of benefits at very, very low execution risk”, given how well the companies know each other. He also pointed out that Apollo’s Athene stake currently represents $2.5 billion of assets on its balance sheet that are generating no earnings because of an accounting nuance. The deal means Apollo is buying the remaining 70 percent or so of Athene it doesn’t already own, while getting 100 percent of the benefit of consolidation.

The merger creates “an unbelievable capital and alignment set” that enables Apollo to continue to scale the origination and rationalise ownership of that which it has already built, he said. At the end of the day, Rowan said, the deal is an asset management transaction where Athene is the largest client. It essentially allows Apollo to “eat our own cooking side by side with our limited partners, public vehicles, retail investors and capital markets’ investors.”