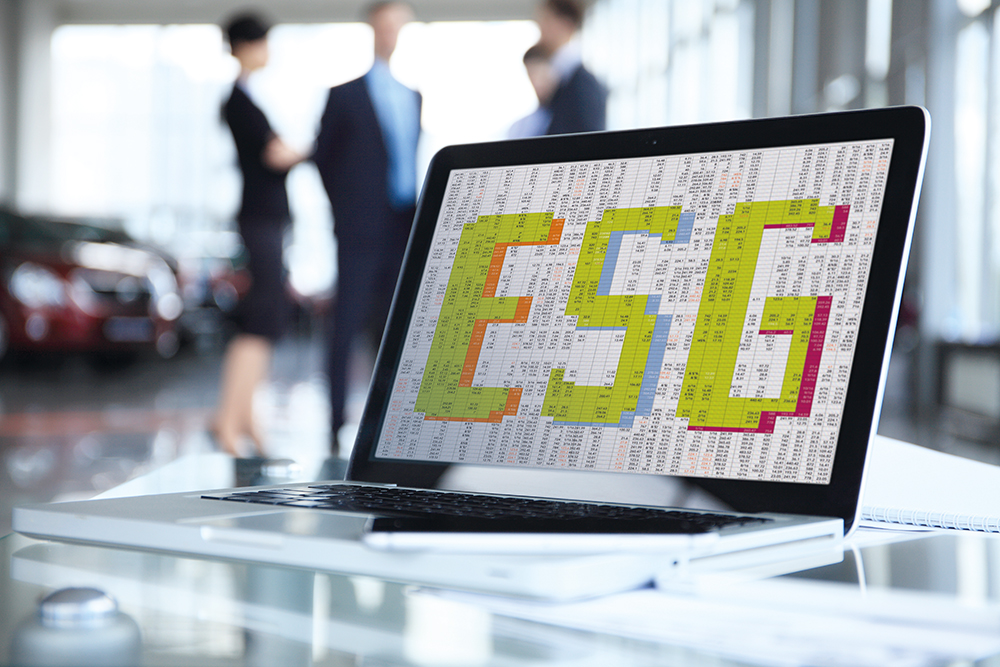 European SME lender Kartesia has a strong track record in considering environmental, social and governance issues, according to a senior executive with expertise: Coralie De Maesschalck, head of portfolio and ESG. But when asked if Kartesia has a competitive advantage because of its ESG capability, the Brussels-based De Maesschalck ventures a modest, and intriguing, answer.

“If you had asked me that last year, I would have said we have a competitive advantage,” she says. But because of the upsurge in interest in ESG issues over the past 12 months, “I would say that we are now exactly between a competitive advantage and a must-have. It’s really the moment of transition, for sure. Next year, it will become a must-have.”

It has already become quite rare for a fund manager to lack an ESG policy, says Jeffrey Griffiths, principal at Campbell Lutyens, the London-based placement agent. “Within the past two or three years we’ve seen a very significant adoption, to the point where every manager in their due diligence materials needs to have a response to the question: what is your ESG policy?” he says. “They need to have a robust response – it can’t just be a couple of lines.” He thinks that, globally, perhaps 80-90 percent of firms have such a policy and that at the very least, they will exclude what he calls “egregious” cases.

Griffiths points out that ESG is a “relatively subjective area – what can be problematic to one person is not problematic to another”. He adds that lenders have always excluded companies with substandard ESG performance, even if they did not previously call it that, as these companies posed too great a credit risk.

However, he thinks general partners probe more now than in the past to unearth bad practices: a lingerie business, for example, may sound perfectly innocent, “but you don’t know that this lingerie business makes stock in poor countries using child labour unless you ask the question”.

The next level of commitment is a negative filter, where certain sectors, such as gambling, tobacco and fossil fuels, are excluded. Griffiths estimates that 50-60 percent of investment managers use a negative screen currently. This is, as he puts it, “not a big sacrifice”, because many filters do not exclude a large number of companies. In return for these modest exclusions, the GP will be likely to raise more funds from ESG-aware investors.

In addition to this, some private credit managers argue that an ESG focus is good for returns. Justin Lawrence, principal in private credit and member of the ESG committee at Adams Street Partners, the private markets manager, in New York, says: “From an investment perspective, we strongly believe that companies with appropriate ESG are better credit investments, even though there hasn’t yet been concrete quantitative research conducted to support this.”

Academics and asset managers have instead concentrated on the relationship between ESG and the performance of listed equities, and have shown that companies that do well at the former also do well in the latter.

However, Lawrence provides an example that could apply equally well to an unlisted borrower: an employee incentive scheme looks good from a social point of view, but will also boost corporate performance.

He notes that, in his experience, because private equity sponsors realise the return benefits of good ESG, they are as concerned about it as the lenders with which they engage. This, he says, leads to a helpful alignment of interests.

As Teresa Cutter, head of ESG and impact at White Oak Global Advisors in San Francisco, puts it: “We are probably in the later stages of an economic cycle and, given geopolitical tensions and volatility, it’s more important to price risk better.” One way of doing this is ESG analysis, which she describes as being central “to analysing loans and helping to safeguard an investor during a downturn”.

It is, however, hard to tell whether particular lenders are doing much more than paying lip service to the ESG agenda. Griffiths suggests that one way of gauging genuine commitment is checking whether managers are hiring people with expertise in the issues to be heads of ESG.

“Whilst there is some increased discussion about ESG covenants in loan documents, we understand that there is minimal uptake in practice”

Another way is to judge them by their actions rather than words, including how strict they are at the due diligence stage. De Maesschalck says that Kartesia’s investment committee rejected a potential borrower that used South American workers to pick fruit in Spain. There was no clear evidence that the workers were being treated badly, but it was hard to be sure that they were being treated well. Kartesia also negotiated a commitment to tighter controls to ensure alcohol was not served to minors before agreeing a loan with a Mexican-themed fast food restaurant chain. It did so by identifying this ESG risk during due diligence.

Griffiths estimates that about 10 percent of fund managers go beyond negative screening to engage in positive screening for at least some of their investment money by actively seeking companies with particularly good ESG practices. This is most commonly for ESG-focused limited partners through separately managed accounts.

One such manager is White Oak Advisors. “We seek out opportunities on the positive impact side,” says Cutter. This includes “proactive best in class impact opportunities in alternative energy” and firms in other industries. An example is Cutter’s personal favourite: a 2018 loan to a company that creates biodegradable plastic resins, which dissolve in the ocean rather than polluting it.

Another way of assessing the strictness of policies is to find out whether ESG clauses are written into covenants. “A lot of our strength comes from our covenants,” says Cutter. Covenants used by White Oak include requiring the borrower to monitor any environmental obligations. The firm also places prohibitions on “a material adverse effect”, where a company changes its business in a way that means it is no longer in compliance with the ESG terms in the contract.

However, this is easier in the non-sponsored SME market, on which White Oak is focused, than it is for larger sponsored deals. Nathalie Sadler, associate at law firm Dechert in London, advises funds that generally do sponsored deals, where lenders are under pressure to ease documentation terms. For her, it’s a different picture: “Whilst there is some increased discussion about ESG covenants in loan documents, we understand that there is minimal uptake in practice, which may well be a reflection of where the market is overall on covenants.”

The acid test is whether private debt funds are willing to call in loans if a borrower breaches the terms of an ESG covenant. No one interviewed by Private Debt Investor was able to identify a case where this had happened.

Although Kartesia has never done this, De Maesschalck points out that no company has yet breached the ESG terms in its loan agreements. She also says she is sure that the firm’s investment committee would be prepared to exit an existing loan for ESG reasons.

Direct lenders are clearly becoming fussier about ESG, but where does that leave investors in special situations and distressed assets? Can they take advantage of the situation by lending to sectors unloved and rejected by direct lenders on ESG grounds, albeit for a higher cost of capital? Chris Gardner, a partner specialising in private funds at Dechert, says: “As some investors shy away from borrowers with less ESG compliance, others will step into that gap.”