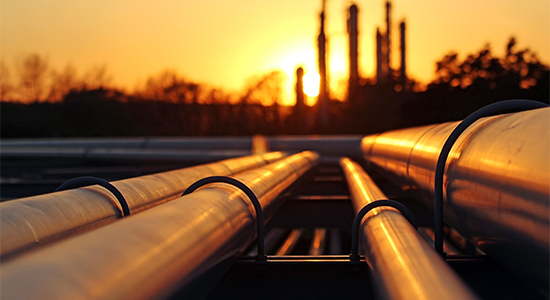 The oil futures price fluctuated considerably in April due to the oil oversupply, while the shortage of crude oil storage has drawn private capital providers’ attention. Still, investors face challenges amid the changing risk appetite of lenders and various issues that make the industry a complex one.

As Dan Perera, a Singapore-based partner in the energy and natural resources group at law firm Reed Smith, noted, the demand for crude oil has not recovered since the covid-19 outbreak. As the world ground to a halt and crude oil was no longer flowing through refineries and into our planes, trains and automobiles in its processed form, the world rapidly ran short of storage.

In its investor presentation from November 2011, Apollo disclosed the firm’s exposure to ‘shipping assets’, which included a pool of new build crude oil tankers. Although further comments from the firm’s spokespeople on Apollo’s current exposure to the sector were not available, the disclosure illustrated the private capital provider’s target return range and investment approach.

Apollo took a distressed debt investing approach to the sector. It looked to acquire vessels at distressed prices compared to historical averages. The firm would then get these ships chartered at rates that can generate unlevered cash yields in the low teens, and low twenties with leverage, in gross terms.

KKR set up an asset-backed finance company, specialising in the maritime sector. Brian Dillard, a Hong Kong-based managing director at KKR Credit, is serving on the board of directors of three companies that KKR is disclosed as a shareholder: Chembulk Tankers, Maritime Finance Company and Orchard Marine Limited.

Notably, Maritime Finance Company was formed by KKR in August 2013 with $580 million in equity capital, as a specialty finance company. Orchard Marine was disclosed as a portfolio company of FS KKR Capital Corp, one of KKR’s publicly traded business development companies, according to an US Securities and Exchange filing on 3 May 2019. Orchard Marine buys and leases ships.

Singapore’s Clifford Capital also looked to benefit from the oil tanker and shipping sector by focusing on debt refinancing and syndication opportunities.

The private debt provider closed a financing for Teekay Tankers, an oil tanker company, in December 2017. Clifford Capital’s transaction was part of a $270 million senior secured revolving credit facility mainly led by banks from the Nordic region. The transaction was to refinance a fleet of 14 crude and product tankers. As per Teekay CEO’s note in the 2017 annual report released in February 2018, this transaction featured a favourable covenant package, low financing cost and debt maturities extended to the end of 2022.

It is understood that Teekay replaced several loans this year, including the $270 million credit facility, with a new $532.8 million debt facility as of January 2020. The new facility included 15 banks and Clifford Capital contributed $27.5 million to the new debt facility.

Offering his view of the refinancing deal, Jolyon Ellwood-Russell, a Hong Kong-based partner at Simmons & Simmons, an international law firm, told Private Debt Investor: “It is inevitably syndicated. It is unlikely that one bank would take that much exposure to the [oil tanker] industry or to that one credit. In addition, there will be different types of financing structures involved in that … there could be a mix of on- or off-balance sheet ship financing as well.”

According to Ellwood-Russell, a typical oil tanker financing is based on assets or leases with lenders assessing the profile of underlying assets and future cashflows linked to the collateral. He added that many logistic entities also have subsidiary groups in the oil storage sector.

For banks, capital costs are inversely correlated to the oil price, said Eugene Tarzimanov, a vice-president and senior credit officer at Moody’s, during the ratings agency’s webinar, Oil Downturn Adds to Asian Banks’ Rising Asset Risks amid Coronavirus Fallout, on 28 May.

He added that Asian banks are not heavily exposed to the oil sector although low oil prices could increase credit risks for banks amid coronavirus disruptions. For instance, the large banks in Singapore – DBS Bank, OCBC Bank and United Overseas Bank – have about a 5 percent exposure to the offshore and maritime sector, which is “not a big amount”, according to Tarzimanov.

Ellwood-Russell pointed out that, for corporate borrowers, there might not be the same bank refinancing environment to ask for another line of credit with the same interest rate and tenor.

“[Lenders’] risk price profiling is going to be more granular. Those [borrower – lender] relationships will be looked at more closely. And that will be broken down more heavily I feel,” he said, adding that a typical loan margin for senior debt holders might go up LIBOR plus 5 percent, and for riskier debt holders – mezzanine or second lien debt providers – in the range of early to mid-teens.

Environmental concerns around fossil fuel usage add to industry woes. For example, the liquefied natural gas sector has been growing on the back of this trend. The United Nations Conference on Trade and Development secretariat calculations showed that gas carriers were the most dynamic segment of the world fleet, in the 12 months to 1 January 2019, with the highest annual growth rate of 7.25 percent, in terms of the annual percentage change in deadweight tonnage.

Other challenges of providing financing to oil tankers include the relatively complicated and often overlapping international and domestic regulatory framework regarding tanker operation, sanctions, pollution and safety issues, according to Peter Lee, a Hong Kong-based partner at Reed Smith Richards Butler. “Multi-jurisdictional issues are the norm … and these regulatory hurdles could often deter new and under-prepared entrants from coming into the market,” Lee said.