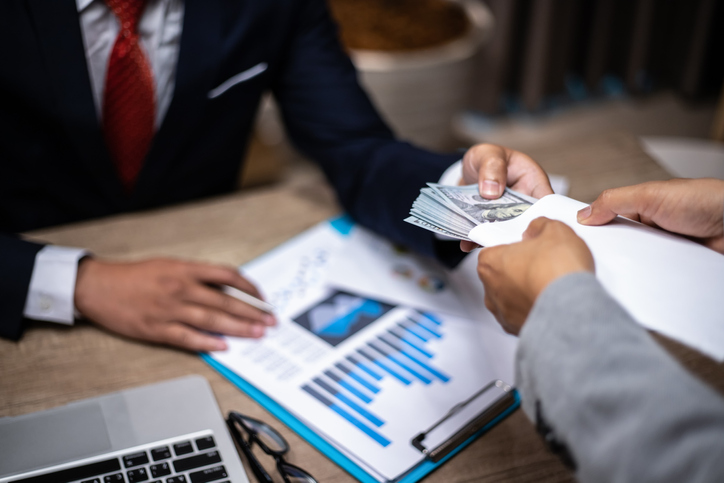 Making up the bulk of most developed economies, small and medium-sized enterprises are a vital cog in the economic machine. They account for 52 percent of private sector turnover in the UK and are worth around £2.2 trillion ($2.8 trillion; €2.6 trillion), according to figures from the Federation of Small Businesses. SMEs also account for 16.6 million people, 60 percent of all employment and make up 99.9 percent of the business population, with 5.9 million companies in the UK alone.

For investors looking to deploy debt capital, SMEs therefore offer an unrivalled opportunity. However, these businesses involve a world of complexity and risk that has long prevented them from enjoying the same level of access to finance as bigger companies.

Craig Reeves, director and founder at Prestige Funds – a UK-based manager of alternative credit funds – says SMEs were among the hardest hit by the long-term effects of the global financial crisis, which saw banks curtailing their lending activity.

“Since the financial crisis, banks have closed branches and face more red tape and regulation, and that has had a profound effect on their ability to lend,” he says. “They still lend a lot of money, but they take longer to make decisions and have tended to focus more on real estate and consumer lending.”

According to figures from the Bank of England’s quarterly Credit Conditions Survey, availability of credit to small businesses in the UK has been falling since the third quarter of 2018, and the expectation is for a sharp decline in availability in the final quarter of 2019. Loan application approvals in Q2 fell by 11.8 percent on the previous quarter, and dropped by a further 15.2 percent in Q3.

Although SMEs were not the only ones to be affected by banks’ withdrawal from corporate credit markets, the arrival of private debt in Europe has been largely focused on the larger companies.

“For mid-market businesses looking to borrow £5 million or more, the private debt managers have set up,” says Sachin Patel, chief capital officer at small business lending platform Funding Circle. “These are guys who have already been successful lending to the mid-market in banks or through CLOs. They’re not really lending in the smaller space because their experience is in manual underwriting. But at our end of the market the loans are so small you need to be scalable and you need technology solutions to provide loans in this part of the market.”

Perhaps one of the biggest difficulties in understanding where private debt can fit into the SME market lies in the fact that this market has proved so difficult to define. Although Funding Circle is providing thousands of very small loans averaging around £80,000, other businesses operating further up the scale also maintain that they are servicing SMEs.

Richard Coldwell, director at British Business Investments in charge of direct lending debt funds, believes one problem the SME market has is a lack of recognition. “SME lending encompasses an incredibly broad range of different types of lending,” he says. “If you went out to the market with the term ‘SME lending’ it wouldn’t mean much because [the sector] isn’t homogeneous.”

The market can also suffer from having relatively small funds at a time when institutions want to commit significant sums.

“Capital in the SME space is still constrained, and this is because the big financial institutions have a requirement for scale,” says Coldwell. “In many ways it is easier to raise a £1 billion fund than a £100 million fund, because many institutions just don’t want to write such small ticket sizes.”

One fund manager operating at the upper end of the SME range is Beechbrook Capital. In March, the firm held a first close on £128 million for its second UK SME credit vehicle, which will invest in businesses with annual turnover between £10 million and £100 million – far larger than the sort of companies Funding Circle is targeting, but still very much within the SME bracket.

This part of the market is also having to deal with changes in banks’ behaviour that could benefit private credit. However, Beechbrook’s co-founder Paul Shea believes he is offering a service that is different to that of the banks, rather than directly competing with them.

“Banks have been hit by regulations which have pushed them more towards asset-backed or short-term lending to companies,” he says. “Private debt funds often aren’t competing directly with banks because we’re offering an alternative financing solution for acquisitions or shareholder realignments, which is complementary to the bank offering.”

Although Funding Circle’s focus is very much on leveraging technology to make a large number of small loans, Beechbrook’s approach is more akin to direct lending: a highly manual process that relies on a network of relationships.

“Funds in this space are smaller, but the cost of doing business here is high,” says Shea. “SME lending is time-consuming and resource-intensive, and that has fee structure implications. This sometimes need to be explained to investors who only have experience backing the big senior debt funds.”

Although mid-market debt can rely on a relatively small book of contacts at key private equity firms, SME lending requires on-the-ground presence in cities and ties to local corporate financiers or chambers of commerce in order to access the wealth of opportunities. It is often trying to achieve what banks once delivered via extensive branch networks, but without a high-street presence or a major brand name.

There are also SME lenders that are trying to pitch somewhere between what Beechbrook and Funding Circle offer. One such lender is BNP Paribas Asset Management, which in May 2018 launched its own SME alternative lending platform.

“Right now, you can borrow €100,000 or you can borrow €40 million fairly easily, but there’s not much in between,” claims Stéphane Blanchoz, who heads the platform. “We’re looking at loan sizes from €500,000 to €5 million, which is still an untapped market and is where we think we can make a real difference.”

Reaching this market could be the biggest challenge of all as technology and manual underwriting need to be leveraged to make loans that are economical. BNP Paribas Asset Management’s process mixes technology and credit scoring methods with more traditional network origination in order to reach firms that are not being served by existing private debt players.

“Our first deal was more complex than we expected,” says Blanchoz. “We’re looking at longer terms of up to eight years, and unsecured credit lending at 8-9 percent with strict criteria. So we need to do thorough credit analysis, work closely with our originators and have a loan-closing team in place.”

SME lending can offer something different to institutional investors that are already well served at the upper and lower ends of the returns spectrum by distressed debt and senior debt funds respectively. However, with so many different offerings, each of which is targeting a quite specific risk-return profile, it will pay to become familiar with what each manager does, how it operates and whether its fees justify what it is trying to do.

“Returns from this asset class are generally more interesting than at the larger end,” says Coldwell. “However, there is a stronger requirement to select the right managers.”