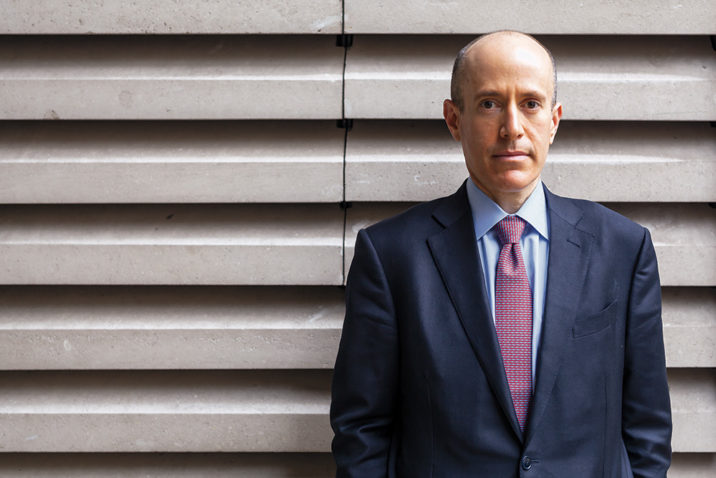 Daniel Zwirn (see our recent video interview here) is quick to stress that he is not predicting a crash. But, if a crash does happen, the chief executive and chief investment officer of US and UK fund manager Arena Investors thinks he may have spotted the reasons. “As an empirical fact of the matter, there are a whole series of different asset areas where expected yields do not remotely compensate you for the risk you’re assuming,” he says.

Zwirn started off with a hunch that there were certain worrying stresses in the system. Given that he has spent a couple of decades in and around the credit investment world – including spearheading the multibillion-dollar DB Zwirn & Co hedge fund – his hunches deserve to be taken seriously. But he decided to explore things further by teaming up with Jim Kyung-Soo Liew and Ahmad Ajakh of Johns Hopkins Carey Business School to dive deep into the data and produce a white paper.

Zwirn reflects on the work that resulted in the eventual product, This time is different, but it will end the same way: unrecognised secular changes in the bond market since the 2008 crisis that may precipitate the next crisis. “End to end, it took us about six months,” he says. “Yes, it was a little while. I read that paper a lot of times. It was revised, marked up, marked up again, changed and moved around. But we got there in the end.”

Where it got to, as indicated by the title, was a sense that trouble is lurking in the bond market. Noting that the US bond market alone had more than $42 trillion of outstanding debt at the end of Q3 2018 – compared with the US stock market’s total capitalisation of around $30 trillion – the report also found that outstanding corporate debt had grown from $5.5 trillion in 2008 to more than $9 trillion in Q3 2018.

With huge demand from retail investors for exposure to corporate bonds and loans, much of this appetite is being assuaged, according to the report, by products such as ETFs and open-ended mutual funds based on OTC securities. During downturns, there is a tendency for liquidity in these products to “disappear”, along with the market makers. The report predicts panic in the event of a bear market: “The investors in the assets – ETFs and mutual funds – will be shocked to find that they cannot quickly redeem because the underlying OTC securities will have no bids and, thus, no exits.”

The report rejects the notion that, in the event of a liquidity crisis, large asset management companies such as hedge funds would be able to step in and provide a safety net: “Given their relatively small size, it is simply impossible for hedge funds to ‘become the market’ and absorb large liquidity shocks.”

It is not just a lack of liquidity that gives cause for concern. The report notes the deteriorating quality of paper in the bond market, with a notable increase in BBB bonds issued since 2014. Moreover, there is more leverage in the system: during the 2008 crisis BBB issuances were leveraged to the tune of 2.0x, a figure that has now risen to 3.2x. “Some of the companies that have piled on debt in order to engage in mergers or acquisitions will easily freefall into junk bond ratings when the next economic downturn comes,” the report says.

Leverage is something Zwirn himself dwells on when reflecting on the report. How can leverage once again be at the centre of concerns, given the focus on it in the aftermath of the crisis? “I think the seeds of destruction were sown by the aggressive monetary moves in the first place,” he says. “If you drop rates to zero, you have a whole world of people who have fixed obligations to meet who are going to be incentivised to take on ever-increasing amounts of risk to assuage the near-term need for yield.”

In his view, there are no shortage of actors keen to facilitate this. “Not unlike the residential mortgage machine, there’s a series of market operators, all of whom are acting in their own short-term self-interest, many of whom don’t have a clear sense of the entire value chain and many of whom may not be around when the dust settles. They are not wearing the ultimate risk and have all the incentive in the world to create a certain dynamic and to price assets incorrectly.”

So will it be deficiencies in the bond market that lead to the next crisis? Zwirn believes it will not be as simple as that. He identifies several areas of investment that could be contributors, including the auto loan market.

Although private debt market professionals may feel unsettled by the above, they may also feel that it has only peripheral relevance to them. Yet Zwirn has other targets in his sights. His report compares leveraged loans to pre-crisis subprime mortgages “because the customers for both are weak borrowers with poor to no credit ratings”.

Reflecting on the state of the leveraged loan market, Zwirn asks: “If I keep giving bigger and better and cheaper loans, what’s going to happen? There’s going to be higher and higher levels of issuance at cheaper prices with worse structures.

“That’s led directly to deals like J Crew and PetSmart, where the structuring has been so bad that sponsors have been able to effectively abscond with assets that by any normal right would have been the property of the creditors.”

He points to deals that should never have gone ahead, but which did so because people were too driven to get them done. He is wary of the growing prevalence of dividend recapitalisations, which he cites as an example of the “misalignment factor that keeps happening over and over again”.

The problem of alignment is something he sees extending into collateralised loan obligations. CLO managers have been the biggest buyers of leveraged loans, and issuance of these vehicles reached a record $125 billion last year. Zwirn concedes that the introduction of risk retention rules may have temporarily made alignment a reality but, in the US at least, these regulations were subsequently removed.

The report claims that “CLO managers with little or no skin in the game are willing to accept higher debt multiples and weaker covenants”.

Zwirn does think, however, that setting up a CLO business is a wise move to try and overcome the opacity of the leveraged loan market. “Why are some of the smartest managers operating CLO businesses for the first time?” he asks. “Well, could it be that there is no way to get confidential information on leveraged loan data as a non-participant in the credit without doing that?”

But, for the ‘mainstream’ private debt market, Zwirn’s observations about mid-market direct lending will strike even closer to home. Describing it as a “lending craze”, he says: “There’s been an absolute explosion in people looking to finance deals where a 7x business is getting bought for 11x and financed at 6x. What happens when that business regresses back to being worth 7x and it should be financed at 4x?”

The report sees mid-market lending as part of a developing bubble and puzzles over those investors who believe it will meet or exceed their return expectations amid a “trend of decreasing returns”. It adds that “attractive returns from private debt are fleeting because too many investors chasing yields have caused those yields to compress. When the next downturn comes, it will become clear that the low returns cannot ultimately compensate for the risks.”

It should be clear by now that Zwirn’s outlook is not the most optimistic. Although he does not think a financial calamity akin to 2008 is inevitable, he does think the US is exposed to a major pricing shock. For Europe, he thinks there may be more of a Japan-style “gradual descent into malaise”.

Where would he put his money today? “Ultimately, there are very few alternatives that are retail-accessible. I would say, and no one wants to hear this, but there are worse things than cash. Having a material amount of cash, being very selective and keeping duration very short is about the best you can do. Basically, we’ve borrowed the next decade’s worth of returns and put them into today.”