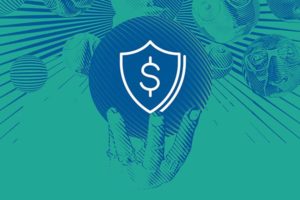 In the US, permanent capital has typically taken the form of business development companies (BDCs), for which billions of dollars have been raised since the structure first came into being in the 1980s. As of April 2021, there were 47 publicly traded BDCs in the US with a combined market capitalisation of $49 billion, according to Closed-End Fund Advisors.

But lawyers say they continue to be asked to set up permanent capital vehicles for clients looking to innovate. An alternative to the BDC is an interval fund, which is a way of giving investors periodic liquidity but still enabling them to access alternative assets. The Carlyle Group and OppenheimerFunds have both previously used such vehicles to target high-net-worth investors.

Permanent funds allow managers to better time their exits from investments but, going forward, their most compelling characteristic will undoubtedly be tied to their ability to grow the private credit asset class.

Fabian Chrobog, founder and chief investment officer at North Wall Capital, says: “Evergreen funds are interesting because they give LPs an option to come in and out of a fund and open up LP participation to LPs that traditionally wouldn’t be able to participate.

“Permanent capital allows managers to tap into pools of capital that they have not necessarily been able to tap into before. Using these to attract retail investors is just a question of time – once those products make it through and are understood by the sales force that caters for high-net-worth individuals, we will see a huge new inflow of capital.” 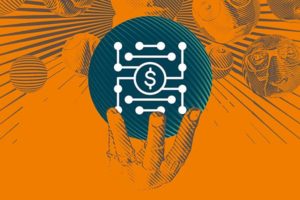 Once considered a niche by both infra and private debt investors, infra debt has become an important part of how LPs allocate.

BlackRock’s recent $1.67 billion closure of its Global Infrastructure Debt Fund is a testament to this. The 2019-vintage vehicle had raised about $250 million before the onset of the pandemic, halfway to its $500 million target. The fact it raised more than three times that target at final close during various lockdowns is no coincidence.

“The low interest rate environment has driven a lot of investors to consider higher-yielding products, but at the same time staying safer than the lowest part of the equity capital structure,” says Jeetu Balchandani, BlackRock’s global head of infrastructure debt. “They’re stepping down from investment grade but staying in fixed income and an asset class that has demonstrated lower probability of default and a higher recovery.”

In bfinance’s Q1 2021 report, infrastructure was a beacon of stability, comprising 35 percent of new manager searches for investors in the 12 months up to 31 March, 2021, the same figure as the previous 12 months.

The increased appetite for private debt was also reflected in the 2021 Natixis Investment Managers’ Global Survey of Institutional Investors. The 500 investors surveyed were asked how they prefer to access the private debt market, with 45 percent opting for direct lending. After that, 40 percent chose infrastructure. 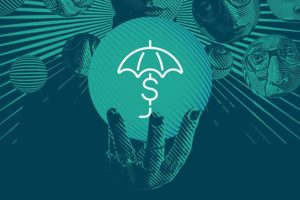 As credit funds continue their search for a stable and reliable source of long-term capital, the past year has seen a wave of deals signed between alternative asset managers – many of them with large private debt operations – and insurers.

These deals allow managers to bypass the tribulations of the fundraising cycle and instead invest in a close relationship that delivers a lump sum. For the insurance company, the prospect of a stable, long-term source of yield from credit investments is just as compelling. Today’s extremely low interest rate environment is only compounding the creativity among insurers looking outside the world of fixed income for better returns to meet long-term liabilities.

When the Apollo deal with Athene was announced, Richard Wheelahan, founding partner of Fund Finance Partners, told Private Debt Investor: “What you’re losing on yield or total return, you’re making up for by lowering the cost of raising capital. I don’t think Apollo will ever slow down raising capital the traditional way; it’s just supplementing it with reliable inflows, which is a lot more efficient.”

Given such an outlook, it is little wonder insurance tie-ups are gathering momentum. Blackstone claimed another slice of permanent capital in July when it paid $2.2 billion for a 9.9 percent stake in the assets backing the life insurance and annuities business of American International Group. In all, Blackstone will have some $150 billion in insurance assets under management by year-end; expect more tie-ups with insurers to pepper private credit in 2022. 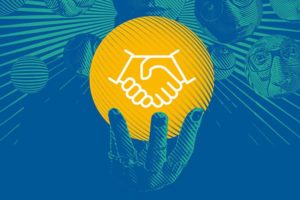 In May, New York-based private credit marketplace Finitive announced its move into Europe with a new managing director and at the same time secured new investor capital to back the growth of its automated platform for facilitating private credit transactions.

Launched in 2017 with a vision to provide institutional investors with direct access to alternative lending investments, the platform has so far raised more than $3.5 billion of private credit capital with over 800 institutional investors signed up. Banks and asset managers need north of $50 million of assets under management to participate, and pay no fees to benefit from Finitive’s analytics and find deal opportunities and information on transactions.

“We have more borrowers on our platform than we have ever had,” says co-founder and CEO Jon Barlow. “Since the beginning of this year we have signed up close to 60 borrowers, which compares to 24 in the first three years. This has really started to scale.”

Investors can access proprietary alternative lending transactions that are vetted by a team of senior credit professionals, using technology and artificial intelligence to make deploying capital quicker, cheaper and more efficient. Borrowers are typically seeking asset-backed financing through an SPV that could bring together student loans, auto loans or similar.

“We are making the experience fast, easy and efficient,” says Barlow. “This is a very large asset class that’s incredibly opaque, but platforms like Finitive are changing that. That tends to favour borrowers, so borrowing costs will come down and borrowers will then be able to originate more loans, meaning the best days are ahead for private debt market growth.” 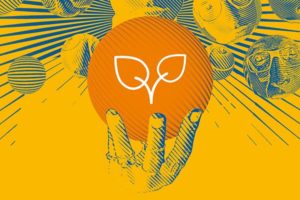 It is hard to believe that as little as two years ago the concept of a sustainability-linked loan was little understood in the world of private debt.

In short order, the asset class has embraced the use of such loans – which offer discounted rates to borrowers if certain sustainability targets are met – and issuance has skyrocketed. According to research from Bank of America, H1 2021 saw the take-up of such loans hit $350 billion, far in excess of the $200 billion achieved for the whole of 2020, which was previously the busiest year for sustainability-linked lending.

A compelling advantage for private debt funds is the ability to get a seat at the table on ESG at a time when LPs are demanding action. Anthony Fobel, CEO at Arcmont, says: “We are increasingly linking loans to positive ESG outcomes for our portfolio companies. In particular, identifying company specific ESG improvements that, if met and independently verified, result in a margin ratchet, thereby reducing the interest cost to the company. In this way, although not the ultimate owners and controllers of businesses, private debt funds can put in place meaningful incentives to encourage portfolio companies to improve their ESG ratings.”

The long holding periods of private debt investors, typically five years, put managers in a good position to drive some positive social and economic impact alongside a financial return. But debt funds were long sceptical of their ability to exert influence. This new model for creating impact as lenders thus has huge potential.

Fabian Chrobog, founder and chief investment officer at North Wall Capital, says: “I think you’re going to see a whole lot more sustainability-linked loans in the future because as far as we are concerned it is one of the easiest ways to see ESG policies implemented. It is one of the few tangible and measurable ESG-related changes we can make in investments, and that’s what makes it so exciting.

“This is something we could do on every single one of our loan facilities without actually having to change anything we do in our day-to-day business, achieving what our investors want us to achieve with our underlying borrowers.”

But only a material discount matched by challenging targets for the sector and company, and ongoing support, will make a genuine impact, says Coralie De Maesschalck, head of ESG and CSR at Kartesia. “At a time when the charge of ‘greenwashing’ for marketing purposes is topical, some sustainability-linked loans in public markets have been criticised for offering minimal discounts in reward for soft improvements.”

Another big challenge lies in the data. Cécile Lévi, head of private debt at Tikehau Capital, says: “The main hurdle is measurement, because you need to make sure that’s harmonised and there is some agreement on the way we report. That will take years, but maybe some accounting rules will come so that, like revenues and EBITDA, there will harmonisation on standards.”

However, she adds: “We consider these ESG ratchets will become market standard to the point where it should not be something you have to highlight and treat separately. They will become plain vanilla, and when that’s the case we will be where we should be. We don’t see any pushback – on the contrary, people are willing to embrace this.”