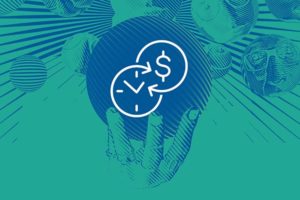 Out of a crisis, it seems, comes innovation. Many more lenders are now considering lending against recurring revenues rather than EBITDA.

One investment bank told Private Debt Investor that they had typically been involved in four to five recurring revenue financings in the software sector per year but, over the past 12 months, this had risen to 20. A greater proportion of deals are now happening in Europe, where they have only taken root over the past few years, and estimates put the number of lenders in the region prepared to do such financings at around 75, compared with approximately 40 a year ago.

One of the misconceptions around this type of financing is that, by eschewing traditional metrics, it must be inherently riskier. But the investment banking source told us that the recurring revenue deals they have seen have typically involved loan-to-values of around 20 percent rather than 50 percent in the wider acquisition market and leverage multiples of around 2 percent (compared with 5 percent).

While senior loan defaults have been in the range of 4-10 percent for the wider market over the past six quarters, in the software sector the range was 0.4-3.5 percent. Recoveries in default also tend to be stronger, due to the likely presence of valuable intellectual property.

Given these attractive characteristics, it is not surprising that many lenders are taking a closer look. In the fast-changing environment of the past 18 months, “sticking to the knitting” has seemed a less viable approach. 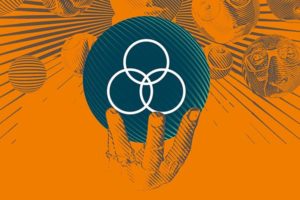 LPs are now asking tough questions of their managers, who, in turn, are finally waking up to the impact of diversity on performance.

Private debt is still at the very beginning of its DE&I journey. According to Diversity Review in Corporate Credit, a 2020 paper by specialist credit recruitment company Waterman Stern, just 14 percent of the European private debt industry is female, falling to under 8 percent in senior roles. Black employees, meanwhile, represent just over half a percent of the asset class.

But debt managers are starting to put words into action. A trio of firm – Ares Management, Apollo Global Management and Oaktree Capital Management – recently launched AltFinance, an initiative intended to provide students at Historically Black Colleges and Universities with clear pathways to careers in the alternative investment industry through a mentored fellowship programme, a tailored virtual institute and a scholarship programme.

Ares, meanwhile, hired its first ever global chief diversity, equity and inclusion officer, Indhira Arrington, in January this year, in recognition of the growing importance of DE&I.

“ESG in direct lending is progressing from a high-level screening of investments towards a more sophisticated incorporation of potential ESG considerations, including DE&I, throughout the full investment life cycle,” Arrington explains, adding that covid has further exposed inequities in the economy and in society, prompting investors to bring ESG and DE&I issues to the fore.

“There is a greater sense of urgency and accountability up and down the chain,” she says. “This has presented a new dynamic for direct lenders which can, in turn, heed the call to both conduct their businesses with a greater emphasis on sustainable practices, including DE&I recruitment and retention, whilst also seeking to generate attractive risk-adjusted returns through a responsible approach to investing.”

Challenges remain, however. “The main challenge that we encounter today regarding DE&I in private debt is similar to the one we had to overcome with ESG in general – lagging behind the other larger asset classes,” says Coralie De Maesschalck, head of ESG and CSR at Kartesia.

“Five years ago, we had to use the ESG resources, best practices and tools of the private equity market as we could not find any that were specific to private debt at that time,” De Maesschalck explains, pointing to the UN PRI’s Limited Partner’s Guide to Responsible Investing in Private Equity, published in 2011. “The first paper of the UN PRI specific to private debt was only issued in 2018, seven years later. We are encountering the same challenges today with D&I.”

De Maesschalck believes these challenges are best overcome by being an active UN PRI signatory. Indeed, the UN PRI paper specific to private debt was the result of an increasing number of private debt players engaging on the topic. She also thinks it is important for private debt managers to exchange ideas with their peers and to share best practices. 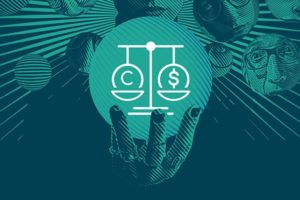 Canada’s supreme court gave the green light to the country’s first economy-wide carbon pricing scheme in March this year; big news for the biggest exporter of oil to the US.

Just before that, UK prime minister Boris Johnson was reported to have ordered every government department to produce a ‘price’ for carbon emissions across all areas of the economy, raising the prospect of carbon pricing having a much broader impact on consumers and businesses.

The UK already has a carbon pricing scheme applying to power generation, aviation and other energy-intensive industries, but the outcome of COP26 could well be a more comprehensive scheme. Carbon-intensive industries in the UK are already forecasting a much higher cost of carbon in their financials as countries drive to achieve net-zero pledges.

Rachel Richardson, head of banking and finance policy at law firm Macfarlanes, noted in Private Debt Investor in June that BP is modelling for a carbon price of $100 per tonne by 2030, compared with the current €40 price of carbon credits in the EU. “Fossil fuel reserves and other oil and gas assets are considered by some observers to be at risk of becoming stranded,” she says. “However, there is also the potential for other non-fossil fuel-related assets and entire businesses to become stranded if the price of carbon used, either directly or indirectly, is greater than the profits of the business.”

While it is too early to suggest private funds steer clear of heavy carbon emitters, those tracking their carbon footprints and managing their supply chains will be better able to quantify and manage the risk of future changes to carbon pricing. Richardson says: “Carbon reduction-related KPIs are working their way into mid-market leveraged debt documents and ESG strategies, and alignment of strategies with disclosure regimes appears to be well underway for some fund managers.”

Carbon pricing is a topic lenders ignore at their peril. 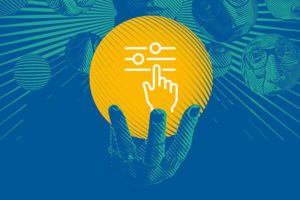 Over the past year a trend has emerged whereby lenders are being asked to go into particular capital structures in two or three different places, backing more than one facility with more than one risk profile and different pricing.

In bilateral deals, this is leading to mix-and-match structures that allow lenders to underwrite both operating company senior secured debt and a holdco PIK on the same deal.

The demand for mix-and-match investments is particularly evident in technology, software and e-commerce companies where borrowers want the benefit of a supportive bilateral lender and where the amount of debt that the lender is willing to provide is more than the business is willing to take on as senior cash paying debt.

Paul Hastings partner Luke McDougall says: “There may also be a split because one shareholder is happy to leverage but another stakeholder, perhaps the founder or management team, is not willing to leverage to the same degree.”

You might have unitranche senior debt going in at the opco level and then a holdco PIK providing back leverage on just one shareholder’s investment. “That’s basically a function of economic drivers at the moment, because these are companies that are high-growth and achieving equity valuations that are out of step with what is financeable by way of senior cash paying debt,” he says.

Such deals create structuring challenges and can be difficult for LPs to get comfortable with, because they seek to blend a return across two different exposures. McDougall says: “There’s a genuine question as to whether the opportunities right now that are driving this are going to be representative of the future direction of travel. There’s certainly a demand that lenders are working to address.” 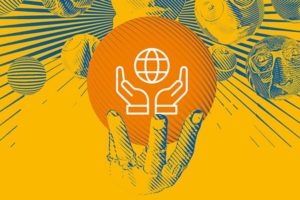 But while impact investment headlines tend to focus on equity, private debt is actually the largest contributing asset class. It accounts for over a third of total AUM at 34 percent, according to the Global Impact Investing Network, followed by real assets at 22 percent and private equity at 19 percent.

Historically, that capital has primarily been targeted at microfinance opportunities, Carnegie adds. This was driven by the withdrawal of banks in the wake of the financial crisis. But investors are increasingly taking a multi-sector approach. “Impact criteria can be added as part of debt agreements for a range of opportunities,” Carnegie says.