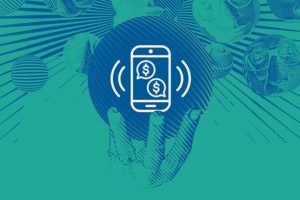 Operating remotely is encouraging managers to fight back with much more sophisticated pitches.

Virtual due diligence is something that really emerged due to the pandemic. As a result, firms are starting to offer innovative solutions to help tackle issues around working remotely.

In May, Boston-based investment auditor Emerging Markets Alternatives launched Virtual Intelligence. EMA works with many niche emerging market managers, doing deep dives on such firms and then helping the most credible among them reach out to LPs.

Virtual Intelligence aims to offer a more sophisticated presentation than a Zoom call – or even multiple Zoom calls – could offer. According to EMA’s chief investment auditor, Kamal Suppal, these include: a package of video recordings, including conversations with managers to draw out the personality of team members and their value proposition; a deep dive into the investment thesis; a ‘virtual onsite’, where investors can see managers going about their day-to-day business; a full report of EMA’s findings about the manager; and ‘town halls’ where managers respond to investor questions.

In EMA’s view, LPs still need diversification as much as they ever did, even if this is not hinted at by their current, conservative allocation choices. The firm also believes that the smaller managers it represents may often be better positioned than their larger, global counterparts to exploit specific strategic or geographic pockets of opportunity. 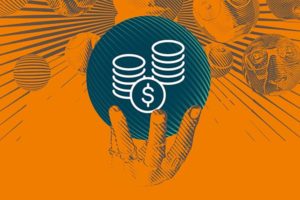 An ever-growing number of investors are seeking separately managed accounts from their private debt managers as they seek tailored investment agreements that can include the option to allocate capital more opportunistically.

As funds get larger, there is an acceptance that bespoke arrangements are needed. “You have to be able to propose tailor-made solutions,” says Tikehau’s head of private debt Cécile Lévi. “We see separate managed accounts as a way to provide flexibility and really be open to large fund sizes. Initially, the main motivation from investors was a way to reduce fees, but now it’s to make sure a manager is in line with their specific requirements. Many managed accounts mix direct lending and leveraged loans.”

As these separate buckets of capital become more common, there are challenges for managers to meet a range of requirements while complying with investors’ regulatory constraints. “It’s a big challenge for the asset manager, because from an operating perspective it’s much easier to have a large flagship fund; here, you really need to have dedicated capital calls, dedicated NAV reporting, and so on,” says Lévi, who admits such structures are neutral from a deal perspective.

At North Wall, chief investment officer Fabian Chrobog says: “In private credit, separately managed accounts are going to continue to be very important because they tap into an increased sophistication amongst LPs as to how they want to construct their own portfolios. These arrangements allow them to essentially outsource asset management while retaining an element of discretion – they are outsourcing the deal generation without having to do the heavy lifting of dealing with due diligence. With allocations to these vehicles getting so much bigger, you just have to be open to it.” 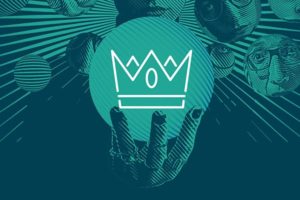 8 The appetite of sovereign wealth funds for private debt

Major players in other asset classes such as real estate and infrastructure, SWFs have been slow to join the private debt party. But with interest rates at record lows and institutional investors of all stripes hunting for yield – considered alongside the volatility in public equities and fears of a private equity bubble – it is no surprise that observers have noted SWFs forming partnerships with existing private debt GPs through the likes of co-investments and stake purchases.

Last year felt like a sea change in the involvement of SWFs in private debt with numerous striking initiatives launched. Among them were two direct lending partnerships established by Abu Dhabi’s Mubadala – one worth $12 billion with Apollo Global Management and the other a $3.5 billion tie-up with Barings.

Thus far, such arrangements remain a rarity. According to estimates cited in our May cover story, only 10 sovereign wealth funds currently have “meaningful” exposure to private credit. However, there is evidence of increasing participation, with SWF allocations rising from 2 percent of their portfolios in 2015 to 3.2 percent by January of this year.

What market sources tell us to expect is SWFs looking to transition from partners to leaders as the years go by – relying less on backing funds and more on doing deals directly as they build in-house investment teams. This, after all, is the approach they have taken with other asset classes such as real estate and infrastructure as they look to save money on fees and carried interest. 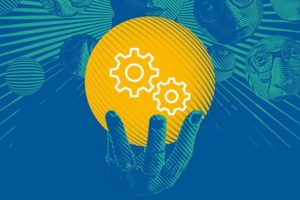 9 The potential of secondaries funds

For a long time, the private debt secondaries market has been described as “nascent”, overshadowed by the more mature and much larger equivalent market in private equity.

But it has been passing some significant milestones. LP stake sales, the bedrock of secondaries, have been happening with increasing frequency. On top of this, GP-led transactions have been gathering momentum and it is this market that participants cite as especially notable in terms of taking private debt secondaries to the next level.

What it has lacked – until this year – is the kind of stardust that really catches the attention. That came with the launch in April of a new credit secondaries unit at Apollo Global Management.

In a market with relatively few players at the current time, the likes of Pantheon and Tikehau Capital among them, the symbolic significance of a firm with a $330 billion credit business joining the fray cannot be overlooked.

Up to now, investors appear to have been reticent about the space. In our LP Perspectives 2021 study, only 12 percent of LPs said they expected to make a commitment to debt secondaries in the year to September, while 48 percent were prepared to put money into private equity secondaries over the same period. It’s worth noting in this context that
Apollo’s $1 billion of initial capital for its new unit comes from the firm’s insurance clients with a third-party fund slated for some point in the future.

Ultimately, though, investors can’t fail to take note of a market that appears to be characterised at present by strong dealflow and not particularly intense competition. And if it needed a big headline to give it a bit of a boost, then Apollo has provided it. 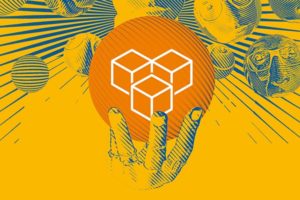 A blockchain is a digital ledger of transactions that is duplicated and distributed across the entire network of computer systems on the blockchain.

Each block in the chain contains several transactions, and every time a new transaction occurs on the blockchain, a record of that transaction is added to every participant’s ledger. The decentralised database managed by multiple participants is known as distributed ledger technology (DLT).

The transactions are recorded with an immutable cryptographic signature/timestamp, called a hash. Therefore, the information that has been validated usually cannot be manipulated, which builds trust.

“DLT/blockchain offers lenders and asset managers the chance to rewrite how they operate and facilitates the restructuring of traditional value chains,” says Matthias Kirchgaessner, managing partner at Plexus Research. “It has the potential of greater data transparency and removes redundant and inefficient processes.”

Kirchgaessner argues that across all sectors, blockchain is moving away from experimentation and towards commercialisation: “In DeFi specifically, a range of proof of concepts and live experiments have proven the capabilities of DLT of addressing core inefficiencies in value chains by harvesting the benefits of increased speed, reduced cost, greater security, reliability and auditability of processes and transactions.

“Within the universe of private debt strategies, we already see an established use case with trade finance, projects in direct lending, and peer-to-peer lending. In strategies like distressed, litigation financing, asset transfers and speciality finance it appears rather complicated as when acquired ‘off-chain’ the assets would need to be individually rewritten in a smart contract which can be cumbersome.”