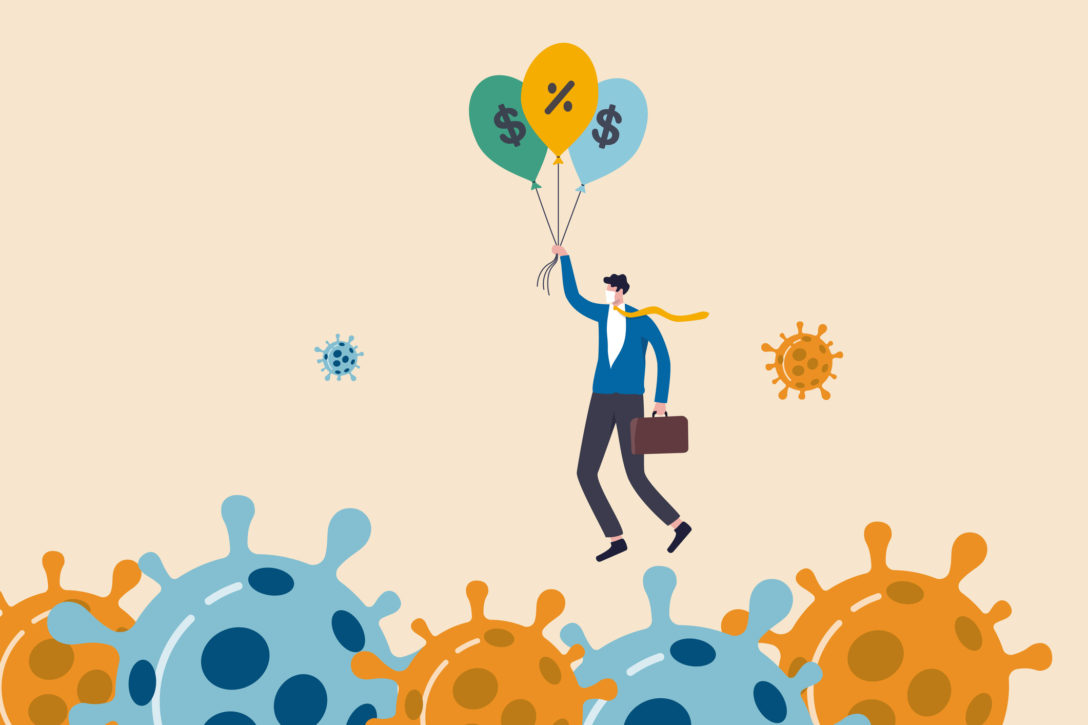 After the initial shock of the global coronavirus pandemic, private market lenders and investors are beginning to adjust to the new normal. In fact, lenders are busier than they have been for many months. There appears to be a renewed appetite for deals. This is fuelled by the high level of dry powder in private debt funds and perhaps also the feeling that there is light at the end of the covid-19 tunnel due to the rollout of various vaccines.

However, while the market has started to recover, there remains considerable uncertainty around the lasting effects of covid, which has led to a divergence of approach among the market’s main players.

Positive developments in European mid-market debt have given rise to a more optimistic outlook when compared with earlier in the pandemic. In the spring of 2020, a short-term supply shortage in new lending resulted in a temporary spike in yields, but this has since normalised with loan margins tailing off and dealflow increasing.

The improvement in market conditions has mainly been driven by private debt funds, whose dry powder levels remain robust at around $86 billion. This is spread over direct lending ($49 billion), distressed debt ($13 billion), special situations ($12 billion) and real estate ($12 billion), per Prequin data as of 30 September 2020.

The high level of dry powder is an encouraging sign for the market’s longer-term recovery, and it may give borrowers confidence that liquidity in the credit markets remains healthy.

A reduction in covid liquidity related requests is yet more evidence of an upturn in the European debt market. During April and May 2020, banks were inundated with requests for revolving credit facility drawdowns, additional liquidity and waivers, and these requests were compounded by applications under government loan schemes.

Existing customers took priority, with few banks having the bandwidth or risk appetite to consider bringing in new clients or entering ‘new money’ situations. Most private debt funds were focused on existing portfolios and were either closed to new business or seeking higher margins to match the spike in yields.

However, since the end of June 2020, the first wave of covid liquidity related requests has subsided, and there has been a significant improvement in appetite for new deals, particularly from direct lending funds.

Generally, lenders have been supportive during the crisis and strived to be long-term partners to their clients, but it is unclear if this will continue throughout 2021, especially after government support schemes have wound down.

Covid-related government loan schemes have been a major contributor to the European debt market and have proven successful in most countries. Across the UK, Germany, France, Italy and Spain, a combined €542.9 billion of loans were approved by October 2020.

The UK, in particular, has seen a significant amount of capital successfully allocated, despite an initial lack of clarity around the loan process and how schemes would tie in with lenders’ credit processes and criteria. Overall, the UK had approved £141.8 billion ($191.3 billion; €156.2 billion) across a range of schemes by October 2020.

However, allocations to UK companies that had institutional equity capital were relatively small. This was because many capital structures were deemed to be in breach of EU state-aid rules. In other cases, private equity sponsors preferred not to take government-backed loans, or intercreditor concerns were raised by incumbent lenders. The latter demanded that new capital be provided by incumbent lenders and shareholders as opposed to new money coming in from others on a senior ranking basis.

Government support around Europe, meanwhile, has been mixed. In France, where €120.7 billion had been approved as at October 2020, banks lent willingly to all businesses that demonstrated a good financial position prior to covid.

Many direct lending funds are reporting a strong pipeline of deals for Q4 2020. However, uncertainty about the future has caused lenders to shift their focus to defensive sectors such as healthcare, defence, telecommunications and technology. This has resulted in more competitive bidding processes, with debt pricing and terms reverting to pre-covid levels.

In contrast, companies in sectors that have been severely impacted by covid, such as travel, leisure, retail and aerospace, are finding it more difficult to obtain loans from mainstream lenders. Their funding options are largely limited to asset-backed lending or private debt at premium interest costs, including special situations pools of capital.

The prevailing market uncertainty is also evidenced by extended credit and business plan questioning, as well as additional due diligence requirements by sponsors and lenders. Both are resulting in delays to some M&A and lending processes.

Meanwhile, there is added caution among clearing banks and private debt funds with respect to super-senior revolving credit facilities, amid concern that they will be used to fund liquidity rather than for working capital.

Although sentiment in the European debt market is far more positive than at the start of the pandemic, the medium-term outlook remains uncertain.

Incumbent lenders have generally been supportive of their clients to date, with little action taken on riskier loans, but this behaviour could start to change. The current resurgence of covid, potential unwinding of government support, and fears around the depth and potential shape of the recession are undoubtedly at the top of many lenders’ minds. This outlook is compounded by the political uncertainty caused by Brexit, the aftermath of the US election and general geopolitical tensions.

In many cases, government loan schemes have delayed the inevitable and there is an expectation of increased corporate failures. This will likely lead to a strong bifurcation in the market, with mainstream lenders continuing to favour defensive sectors and with borrowers in cyclical and covid affected sectors turning to asset-backed lending or more expensive pools of capital.

In the medium term, it is likely there will be some consolidation within the private debt market, which may eventually lead to mergers or acquisitions. We have already started to see this happen. A recent example was the sale by EQT in October of its €4 billion credit arm to Bridge­point – owner of Private Debt Investor’s parent company PEI Media – as reported by PDI at the time.

Some funds may have fared better than others during covid, but the real impact on portfolios will only start to become apparent over the coming months and years.