This article is sponsored by Antares Capital

As a sector that is relatively resilient to recessionary trends, healthcare has long been a favourite of private debt lenders. Investors can take comfort in the knowledge that demographic trends are driving a long-term increase in healthcare spending in the US and around the world.

Rich Davidson, managing director at Antares Capital who leads the firm’s healthcare efforts, says that the healthcare market will also continue to benefit from innovation in the coming years. Indeed, with demand for healthcare increasing every year, investments in tech solutions and new delivery models are vital to help ensure that healthcare systems can manage the costs of serving an older population.

To what extent is the healthcare sector immune to the current recessionary trends?

Private credit investors have made the sector a key part of their portfolios, alongside business services and technology. Part of the reason why we like healthcare – we have over 125 middle market healthcare borrowers in North America in our portfolio – is the non-cyclical, defensive and non-correlated nature of healthcare assets.

One of the key drivers in the US is the ageing population. Over 20 percent of the US population will be aged 65 or older by 2049. And as the baby boomers move past retirement age, that generation is experiencing increased need for helthcare services – which creates significant tailwinds for the sector.

Another aspect we like about healthcare is the innovation taking place in the sector. There’s been a lot of innovation in healthcare technology, as well as significant innovation in the delivery of care. Also, from the pharma and R&D side, there have been many scientific breakthroughs over the past decade, as seen most notably in the development of a covid vaccine using mRNA technology, which is creating new opportunities for middle market companies in the space.

Which subsectors are most attractive in this environment?

We see significant opportunity in multi-site healthcare providers, particularly the physician provider segment. The physician provider market remains in the early innings of consolidation. If we look at dentistry services, for example, which was one of the first specialties to be consolidated, there are over 100 PE-based dental service organisations in the US; however, over 90 percent of practices are still unconsolidated. The pandemic has accelerated the consolidation trend, by highlighting the advantages of partnering with a well-capitalised partner.

We also spend a lot of time looking at pharma services and speciality pharma. These sectors are well positioned to benefit from recent developments in genomics and technology. Pharma services play a critical role in the development process for new drugs, as pharma companies increasingly look to outsource key parts of the process, which creates opportunities for middle market companies in the commercialisation and development areas. Specialty pharma plays a critical role in getting innovative, niche drugs to those who need them most.

Behavioural health is another sector where we’ve seen significant interest. Covid exacerbated issues around mental health and addiction, while the stigma around seeking mental health treatment has lessened. There is such a huge need for these types of services – but limited supply – so scaled platforms can help solve this supply-demand imbalance.

Where are healthcare multiples trending?

We’ve seen steady increases in purchase price multiples in healthcare over the past few years. Based on our internal tracking metrics derived from LBOs completed within our portfolio, healthcare multiples reached what appears to be a peak of 15.8x in the first quarter of this year, up from 12.3x in 2017. The multiples for public healthcare stocks have declined by 11 percent so far this year, but we haven’t seen the same compression yet in the private markets.

Transactions are still being completed, largely by private debt providers, but the leverage multiples have started to trend down. Thus far, we’ve seen healthcare buyers fill the gap with additional equity.

From the EBITDA standpoint, we’ve seen adjustments being more heavily scrutinised by buyers and lenders given the importance of cashflows to service debt in a rising interest rate environment. So, while healthcare multiples have held steady to date, enterprise values have likely declined based on a less heavily adjusted EBITDA being used. Once we resume a more normal level of dealflow, it will be interesting to see how multiples fare, but our expectation is that there will be some multiple compression.

In terms of challenges, what are the key long-term and short-term issues?

Labour availability is really the key issue that we’re facing. Demand has bounced back post-covid, but supply remains an issue as health care employment continues to be below pre-pandemic levels. The number of workers in the US is down by just over 1 percent compared to early 2020. Shortages are especially acute for lower wage positions like medical assistants and home health aides – almost 10 million people are employed in those roles in the US, and according to projections, we’ll have a shortage of over three million workers within the next five years.

It’s been a challenge for the majority of our portfolio companies to attract talent. Part of the problem is burnout stemming from covid. Both physicians and nurses have accelerated their retirements and there’s only so many physicians that graduate from medical school each year. In dermatology, for example, there’s about 300 graduates each year and approximately 100 retirements – a net increase of 200 each year is not a lot, given the increased need for dermatology services as the population ages.

We view the biggest long-term risk for healthcare is on the reimbursement front where a shortfall in the Medicare Trust Fund is currently projected to occur in FY 2030. There’s a risk that Congress will take action in the latter half of this decade to slow spending on Medicare. Ironically, the recent environment of high inflation has helped the trust fund by raising wages and thus tax revenue projections.

The likely outcome of the mid-term elections this year is a divided government, which would have the positive of delaying any deficit reduction efforts affecting healthcare. If the 2024 elections do result in a Republican administration, there’s probably an increased chance of efforts to reduce federal spending on healthcare (likely to slow spending but not reduce it given the increase in Medicare-aged population).

Even in a Republican administration, we expect the Affordable Care Act to remain in place as in retrospect, the ACA has addressed many of the challenges of the individual insurance market This includes protecting those with pre-existing conditions and increasing access for people who don’t have employer-provided coverage. We believe it would be very difficult politically to terminate that and see around 4 percent of the population losing access to health insurance and potentially up to 50 percent of the non-elderly population that has some type of pre-existing condition. 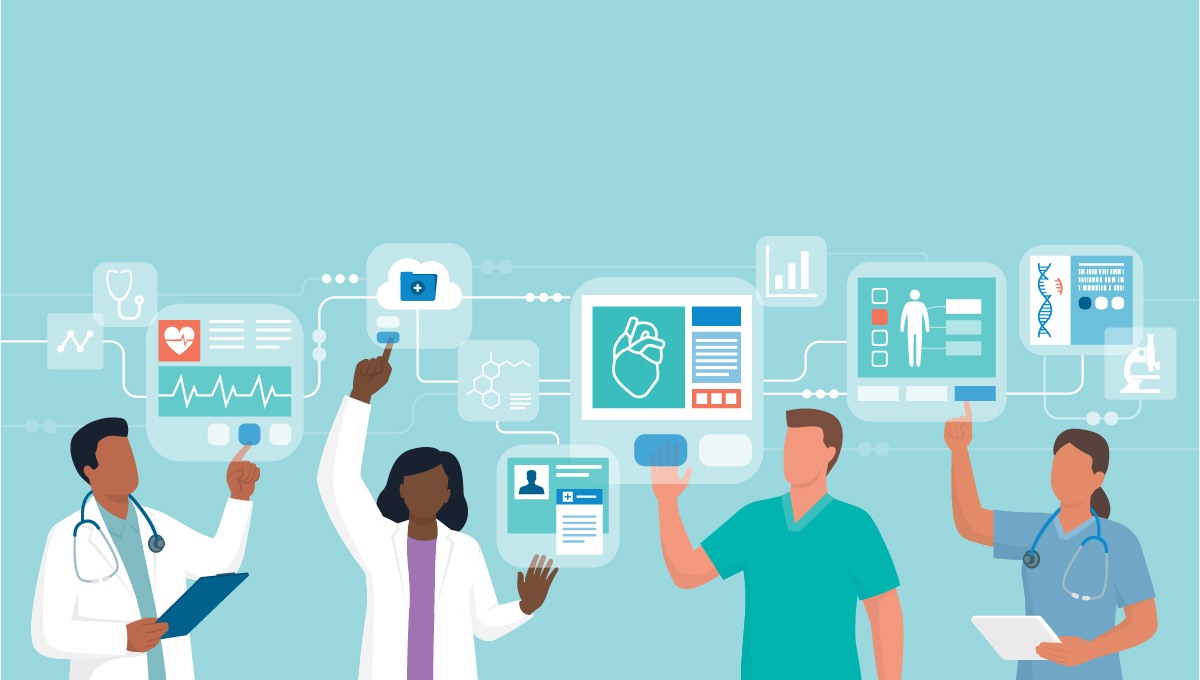 What other trends are you seeing as the healthcare industry looks to manage costs?

There is a big focus on trying to control costs, given the ageing population. The pandemic has sped up the transition away from expensive acute and post-acute care settings to cheaper freestanding and non-acute sites, which is reducing the total cost of care. For example, more surgical procedures are taking place in lower-cost settings such as ambulatory surgery centres, which are about 25 percent quicker at performing procedures than hospitals and help to reduce spending by 59 percent.

And there’s also a trend towards more care being provided at home. Treating a patient in hospice at their home for five-to-eight weeks will cost around 26 percent less than treating them in a hospital, since fewer days are spent in intensive care and less invasive procedures are performed. Similarly, home infusion services are 40-60 percent less expensive than providing the same infusion treatment within a hospital.

Historically, healthcare has had a level of immunity to margin degradation – companies have been able to keep margins pretty stable, even if wages and materials costs increase, through higher productivity and expense controls. But we definitely do see modest margin pressure right now, given the wage inflationary environment across the economy. All of our companies are very growth minded, so inflation is having an impact on the costs of retaining employees and attracting new talent.

Healthcare is complicated, in the sense that you have the healthcare provider and the patient, but in the US the payer is usually a third party – an employer health plan or a government funded entity. This means there’s a lag between costs going up, and the healthcare provider actually being able to pass on those costs to the payer. So that is leading to modest pressure on margins, but improvements in productivity, which also create a lot of innovation, will have a big impact in mitigating that.

Does this make tech investments in healthcare even more relevant?

Yes, technology-enabled solutions, including in non-patient facing functions, will play an important role in dealing with both the labour availability and wage inflation headwinds. Both on the payer and provider side, there are significant opportunities to use technology to transition away from paper-based and manual tasks. That can help with reducing burnout for clinical staff, as well as reducing costs and ultimately resulting in better care.

Technology is also playing a role in the shift away from the traditional fee-for-service model, and towards value-based care. This shift in the delivery model started prior to covid, then accelerated during the pandemic, and we’ve seen a trend towards providers developing integrated end-to-end capabilities. That creates a lot of opportunities for middle market companies, such as the ones we invest in, to provide solutions.