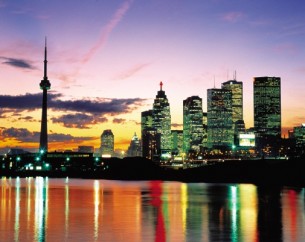 When Brookfield Asset Management closed its sixth debt fund with $4 billion in capital commitments earlier this month, the firm crystalised the biggest fundraise in the real estate debt space this year, according to affiliate title PERE data.

The Toronto-headquartered firm initially targeted $3 billion for Brookfield Real Estate Finance Fund VI, but ultimately managed the larger haul thanks to commitments from more than 50 investors. The majority (around 87 percent) of investors either re-upped or have invested in other Brookfield real estate funds, according to a Brookfield spokesperson. The remaining 13 percent were new investors.

The investors span the globe and include public and private pensions, which represented 40 percent of the commitments, as well as labor organisations, insurance companies, foundations, endowments and investment banks. Among them are New York State Teacher’s Retirement System, Minnesota State Board of Investment and First Nations Public Security Pension Plan. Around 43 percent of the capital came from North America, meaning more than half came from APAC and Europe. The interest from those two regions is higher versus predecessor funds, the spokesperson said.

“There continues to be good interest for real estate credit funds,” Doug Weill, managing director and co-founder of capital advisory firm Hodes Weill & Associates, told PERE. “The bigger managers are commanding a higher and higher percentage of the allocations.”

Brookfield, which has more than $600 billion of assets under management, has a penchant for raising large funds. In real estate, Brookfield is targeting $3 billion for its debut Real Estate Secondaries Fund, which would be the second-largest real estate secondaries raise. It is also targeting $17 billion for the latest version of its flagship opportunistic fund series Strategic Real Estate Partners IV.

The fund’s predecessor, Real Estate Finance Fund V, attracted $3 billion in 2016. Fund VI’s fundraise took Brookfield 15 months, with the spokesperson saying it took a relatively shorter amount of time to reach a final close than previous funds in the series. By comparison, Fund V was in the market for 17 months.

This latest debt vehicle will primarily be invested in major US markets but will selectively be invested in Europe and the UK. The fund has already started to be deployed, closing on 15 investments representing over $700 million in value.

The debt fund series’ strategy has historically centered around senior mezzanine debt investments across a slew of asset classes. In the past, it has selectively originated first mortgage loans and issued single-borrower commercial mortgage-backed securities. Fund III was targeted at debt investments against industrial, multifamily, office, retail and other residential assets, per PERE data.

“Due to our longstanding strategy, we avoided the margin calls and related strains on liquidity that our competitors had to deal with given their use of fund-level repurchase financing,” the spokesperson noted.

Since the end of last year, Brookfield has seen an increase in lending opportunities against residential, logistics and office, particularly in the US, UK and Western Europe, the spokesperson said. They added that the pandemic has created further opportunities in the life sciences, medical office, senior housing and self-storage sectors as well, suggesting these are the areas the new capital will be focused on.

“Prior to covid, many lenders were focused on harder-to-finance sectors including hotels,” Weill said. “Post-covid, it’s broad-based in terms of the sectors focused on.”

Brookfield has remained steadfast in the face of dwindling appetite for retail and office properties. The firm has also struck a contrarian tone in its market selection, eyeing New York, London and LA investments across its vehicles, per previous PERE reporting, seeing any distress in these markets as ripe for opportunistic investment.

According to CBRE data, Q3 investment numbers saw significant cap rate compression across the board, with multifamily and industrial suffering the sharpest declines of the major property types from last year, -39 and -29 basis points respectively. By comparison, office only suffered a -22-basis-point decline, with central business district offices only facing -6 basis points in compression and retail a -11-basis-point compression in its cap rate.

“With Omicron, lenders see it as a potential catalyst for more distress in the market,” Weill said. “Some investors thought there was light at the end of the tunnel. Is this going to force assets to be recapitalised in a more volatile market?”