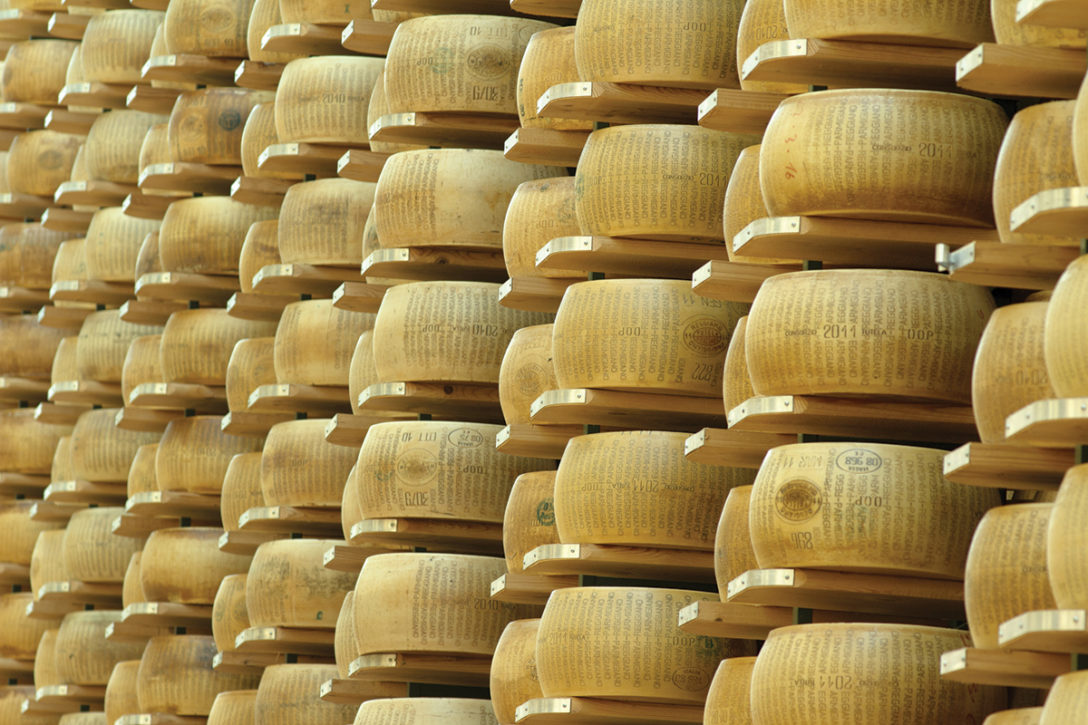 The link between Italian food and private debt may not be obvious, but it is one that French asset management firm Amundi is helping to promote.

In 2017, the firm launched a fund called Cbus after the Latin word for food, cibus, to invest in private bonds with yield and value guaranteed by stock from Italian food producers. The bonds were to be secured against protected Italian foods such as Parmesan cheese and San Daniele ham. The fund went on to raise more than €100 million from institutional investors.

The backdrop to the niche offering was the wider trend of constraints on bank financing for small to medium-sized enterprises. In the early days after the global financial crisis, banks across Europe were struggling with damaged balance sheets and punitive new regulations. In recent years, while these trends have continued, Italy has also seen major consolidation in the banking industry, resulting in a handful of large organisations with weaker links to the SME community and less inclination to back niche offerings.

Amundi stepped in to the gap, deploying capital into numerous food producers, often family-run businesses. “The debt finances the inventory,” explains Pierre-Henri Carles, Amundi’s head of private debt in Italy. “But the interesting thing is that the more these products age, the more their value increases. This is the opposite to what normally happens with inventory.”

Despite the onset of covid-19 and its devastating effects on hospitality, including restaurants, the sector has proved resilient. “The products are very popular with Italian households,” says Carles. “The restaurant business effectively shut down for much of 2020 but sales increased from food retailers to consumers, who were eating more products like cheese and ham.” As a result, revenues reached more or less the same levels last year as in 2019.

Amundi is a subsidiary of Crédit Agricole Group, which contributes sector skills and credit risk analysis and also helps with sourcing through its presence in the Italian agri-food sector.

“In addition to the contacts we have developed in the sector through our local presence, we rely on local banks, especially Credit Agricole’s networks in Italy,” Carles says. “This privileged access to Italian producers of cured ham and Parmesan cheese allows us to diversify the counterparties of bonds that we structure.”

Now for the second course

In the belief that the first fund has demonstrated the viability of the strategy, Amundi is now moving on to a second fund known as Amundi ELTIF Agritaly. There are, says Carles, two significant differences this time. For one, as well as providing inventory finance for food producers, the fund will also include Italian red wine. “Wine has the same characteristics,” he says. “The more it ages, the more value there is.”

The second is that, while inventory finance will be around 70 percent of activities, the remaining 30 percent will be junior debt finance to support acquisitions in the food industry. “We are expecting to see consolidation and we will join forces with consolidators who want to increase their presence in the industry. We will lend through inventory financing, mezzanine and convertible bonds where there’s good yield and pricing. We may also consider investments in France and Spain.”

“The interesting thing is that the more these products age, the more their value increases”
Pierre-Henri Carles
Amundi

The vehicle is structured as a European long-term investment fund, which allows retail as well as institutional investors to make commitments. Approved by regulators at the end of last year, the fund has until June 2021 to raise capital towards its target of between €100 million and €150 million, with a €200 million hard-cap. “It is appealing to insurance companies because it has good solvency ratio treatment,” says Carles. “We also get a good audience with pension funds, especially in Italy, and some family offices.”

Carles says the fund aims to provide retail investors with a seven-year investment return net of tax of 4 percent, while for institutions it is around 5.5 percent. Whereas retail investors had to commit a minimum of €500,000 to the first fund, which was structured as an alternative investment fund, the second has a minimum of just €10,000. “On the retail side, there is a concern that savings should be financing the real economy and that’s exactly what the ELTIF fund allows,” says Carles. “For seven years there is no liquidity but hopefully it can generate the extra premium to compensate for that.”

Eric Wohleber, head of real and alternative assets sales at Amundi, says the firm has been working on the ELTIF solution for some time given its potential to channel retail capital into alternatives on a cross-border basis. He says it is an area of investment that up to now has been driven by local solutions.

“In the EU, the market of real asset retail funds is dominated by domestic funds, mainly German and French, which are not cross-border,” Wohleber says. “The ELTIF came along and broke the glass ceiling, allowing you to sell the same product in all EU countries. As a private banker in Europe, you can sell these vehicles across all EU countries, which is a major benefit because you no longer have to understand the risks in each individual country. That’s important because local specificities can be very challenging.”

While the ELTIF regime has been broadly welcomed since its 2015 launch, it has not produced the fund volume that might have been expected, with only around 30 so far with a combined volume of €2 billion. Critics argue ELTIFs are too restrictive in terms of the types of assets they are allowed to invest in. The use of leverage is also strictly limited and tough suitability tests are in place to ensure the funds are suitable for each retail investor.

“There are a few constraints, which has meant the take-off of ELTIF was a bit slow”
Eric Wohleber
Amundi

“There are a few constraints, which has meant the take-off of ELTIF was a bit slow,” says Wohleber. He acknowledges that while ELTIFs are a breakthrough in cross-border distribution in Europe, they could be made easier to manage. Nonetheless, Amundi launched its first ELTIF 18 months ago for investment in leveraged loans, raising a little less than €100 million, and, according to Wohleber, it has “other projects in the pipeline, especially in real assets” and predicts further growth.

Amundi is not the only firm placing faith in the ELTIF. Other launches have come from the likes of Commerz Real, which towards the end of last year launched an ELTIF-structured impact fund called Klimavest focused on real assets, while early last year BlackRock launched its Private Equity Opportunities ELTIF. Amundi may, however, be the only firm forming a connection between ELTIFs and some of Italy’s favourite foods.