This article is sponsored by Edelweiss Alternative Asset Advisors

India has become popular with global distressed debt investors in recent years, after changes to its insolvency laws created an internationally recognisable and more creditor-friendly environment. NPAs of over $150 billion with a favourable regulatory regime make this a significant opportunity. However, the nuances of investing also mean there is a lot of territory to negotiate and local domain knowledge is the key. Edelweiss Alternative Asset Advisors has been operating in India’s distressed debt market for over a decade. It has deployed the $1.3 billion capital raised in its second distressed fund almost entirely and is currently raising capital for its third fund. Amit Agarwal, head – distressed credit strategy at Edelweiss Alternative Asset Advisors, explains the landscape.

The Reserve Bank of India estimates the country has more than $150 billion in stressed assets, but how much of this is accessible or suitable for private credit investors and what size of deals are available?

$150 billion is a big number and you might also add a further $20 billion which is not yet in distress but is heading that way. However, our focus has been on asset-heavy companies, with a positive EBITDA and/or a good potential for revival. You also need to consider if the deal can be closed and in India, where you might have multiple banks in a capital structure, closure is an art. The other question is whether the deal is doable in a reasonable timeframe. Bearing all these factors in mind, we estimate that there are $25 billion-$30 billion of doable deals out there.

In India, transaction sizes upwards of a billion dollars are a rarity for financial investors. We recently led a consortium with Goldman Sachs and Cerebrus for a $300 million deal in a cement company. This was one of the largest transactions done in this space. We expect to see a couple of $300 million-$500 million deals in a year, but $50 million-$150 million is a reasonable average size.

On an aggregate basis, India has seen about $2 billion of stressed asset transactions annually for the past four years. There is definitely a potential to grow the market and more capital will get deployed. I see this market growing to $5 billion of annual deployment in the next three to four years.

The regulatory and legal framework in a country plays a key role in stressed assets resolution. How has the space evolved in terms of regulation and creditor rights?

The evolution of the credit market in India started in 1991 with economic liberalisation. Traditionally, recovery in India was collateral-based. The assumption was that the existing promoter was the right guy to run a business – there were not too many strategic acquirers in any case.

In 2002, the Securitisation and Reconstruction of Financial Assets and Enforcement of Securities Interest Act came in, which established asset reconstruction companies. An ARC could go and put a lock on the door of a collateral asset without having to go through a lengthy court process. That shortened the time period in which you could access the asset but it was still all about collateral. You could not access the enterprise value of a company.

This changed in 2016, with the introduction of the Insolvency and Bankruptcy Code. This act is modelled on a global standard, creditor in possession model. It provides for a time-bound resolution and a pre-defined waterfall for different type of creditors.

The act helped creditors to tap the enterprise value of the company. It has helped to improve the recovery rate to ~43 cents from ~26 cents in the earlier regimes. The time for recovery reduced from four to six years to one to two years. This has huge positive implications for distressed debt investors.

Essar Steel is a good example of the benefits of IBC: it had debt of ~$7 billion and a liquidation value of ~$2.5 billion. However, under the IBC process, a sale to a strategic investor helped garner ~$6 billion for its creditors. So you can see $3.5 billion of value created by the IBC. It was almost impossible to resolve this kind of asset in the pre-IBC regime and banks would have been forced to take a long-dated restructuring. IBC is evolving and the government has made several amendments to improve it. Also, there have been Supreme Court rulings that have consolidated the remedies available to financial creditors. The next step will be pre-pack insolvency, which will help to reduce the cost and time for resolution. This is expected to open up more deals for distressed debt investors. 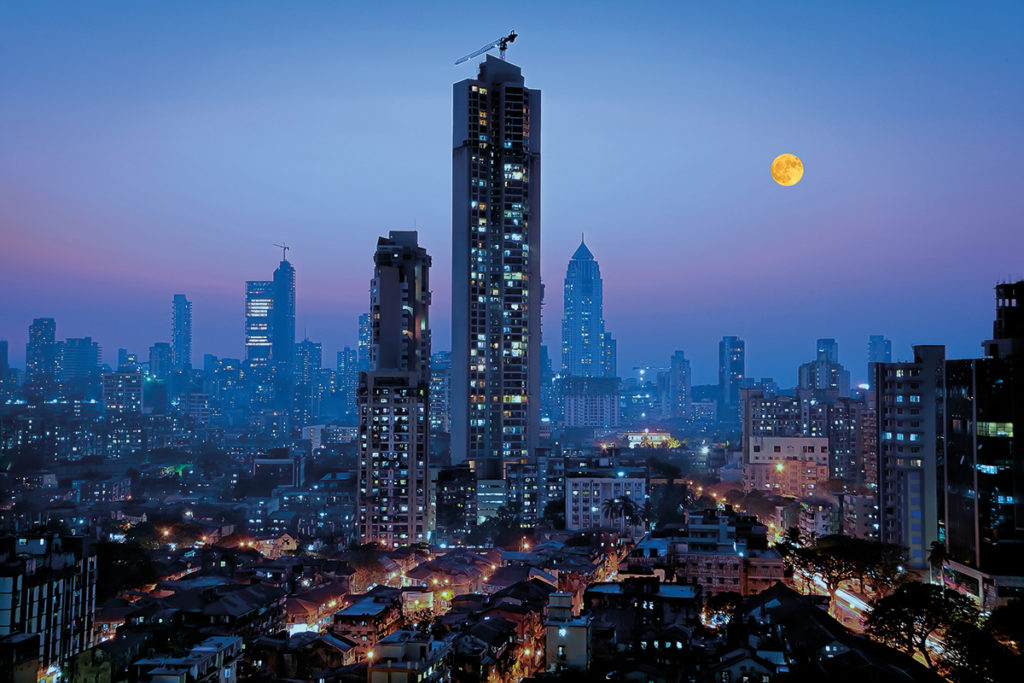 Are the returns attractive? Do you expect the market to grow and new players to join?

Returns range from 20-24 percent with some opportunities for a significant upside. We have a couple of exits with over 30 percent returns in our portfolio. As a debt investor, we always have one eye on preserving capital while shooting for high returns. Our ability to structure bespoke solutions in the Indian context has helped us to participate in the upside, while protecting the downside.

Most big global distressed debt players are already here in India. Most of these players look at India distressed debt opportunistically. Many of them prefer working with partners like us who bring local expertise and domain knowledge.

There are very few India-only funds; ours is uniquely positioned in that respect. I believe that strong sourcing ability through an on-ground presence and an asset management team geared to manage turnarounds provide us an edge.

What types of distressed deals do you target? Has your approach changed post-covid?

We look at four types of transactions. First, what we call primary financing, where we provide capital to enable promoters to settle bank debt. This has been a large part of the distressed market – I would say 30-40 percent of the market has been this sort of financing – and this will continue to hold true. The second is a debt buyout, where banks/lenders are willing to sell a part of their stressed loans at attractive discounts. That is another 30-40 percent of the market.

Third, a smaller part of the market are senior-junior structures where we provide funding for working capital or capex and are senior to the existing lenders. These are not so common but offer an opportunity for banks to resolve distressed situations. Finally, another deal type gaining traction is where funds actually take over the company and turn it around. Such buyout transactions can offer very attractive returns to investors.

Broadly speaking, I do not think that the pandemic will change the type of deals we do. While India has suffered more loss of life in this second wave than the first, the economy has continued to thrive, after coming to a halt in the lockdown last year. The pandemic has, however, opened up some additional opportunities in retail as those assets have come under pressure. With vaccination picking up, we expect that things will be significantly better by March 2022.

What are the factors that you consider while investing in a company?

We look for companies where there is an underlying asset or business value. We do not go for asset-light companies as they are far more difficult to underwrite. We have done paper, steel, pharmaceutical, power, cement companies for example. Second, we ask: is there a solution to the problem? Can we fix the balance sheet? If we cannot fix the company’s balance sheet, it may not be investable for us.

We also look at whether banks are willing to sell and allow us a controlling stake in the company’s debt, so we can work with it to fix the balance sheet. Finally, we avoid industries in a permanent downward cycle. For example, you would not get involved with a company making CRT tubes for televisions at any price. We also avoid new, high-tech industries which require continuous capital infusion; we have focused on core sectors.

What are the particular challenges for distressed investments in India? What are the key factors for being successful in this market?

India is an emerging market with its own peculiarities and challenges and based on our experience, there are three key success factors for distressed debt investing. First, domain knowledge is crucial. You need experienced people with a deep understanding of the industry, laws and regulations, and insights on promoters and their companies. They might know, for example, that the promoter has a failing company but a lavish lifestyle – you need to know your people in India. Second, you need to have the ability to work at the ground level to turn assets or companies around. Third, you must be able to execute transactions in a timely fashion. There may be a lot of banks involved and you need to understand how much time and energy is needed and whether it will be worthwhile. Transaction execution really is an art in India.

What is the outlook for turnarounds in India? Have you seen large successful exits from turnarounds?

We have a number of successful turnaround stories in our portfolio. We have a paper company, which had generated $60 million-$65 million in EBITDA in FY16 but ran into troubles, which took that to zero in FY17. We came in and provided working capital, revisited the management focus, provided performance enhancement guidance and it has delivered $85 million in EBITDA for FY20. We also invested in a steel company, which was struggling with lenders, fixed its balance sheet and managed its cashflows for a couple of years before selling it to a strategic investor last year at a premium.

We believe that buying out mid-sized companies in select sectors and turning them around is an interesting opportunity that can provide outsized returns to investors.