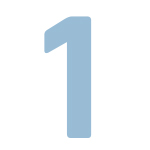 When we compiled last year’s ranking – the final version of the PDI 50 – the total raised over the five-year period by the managers on the list was just over $880 billion. This led to speculation that, one year on, the $1 trillion mark might be breached. This has indeed proved to be the case, with around $1.05 trillion raised by the top 50.

This time, of course, the ranking has been extended to cover double the number of managers. The first combined total for our PDI 100 is almost $1.3 trillion. Perhaps by next year that total will have moved beyond $1.5 trillion on its way to $2 trillion?

Certainly, there is little sign of any let-up in investor appetite for the asset class. Even through the challenges of the pandemic, LP capital has continued to flow steadily into funds. There is no obvious reason why the next year will not be another fruitful one for fundraisers.

$81.3bn
Amount raised by Ares Management, which tops the ranking

28
Number of managers in the top 100 based in Europe

17
Number of managers in the top 100 based in London 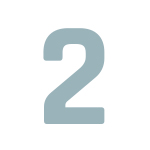 In last year’s edition, we drew attention to the predominance of New York-headquartered managers. Just one year on, it’s unsurprising that the Big Apple continues to feature heavily, accounting for five of this year’s top 10.

However, New York is not the only city to act as a powerful magnet for those allocating to private debt. It’s also worth noting that London accounts for 17 of the firms in the top 100, led by Intermediate Capital Group at number seven and including the likes of M&G Investments (11th), Alcentra (20th) and Arcmont Asset Management (21st).

Few other European cities have anywhere near the same influence on the ranking, although Paris-based AXA Investment Managers is a major player at number four on the list and Switzerland-headquartered Partners Group makes it into the top 30. 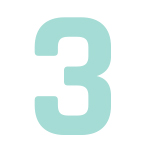 Watch out for the new contenders

Europe is well represented by firms hovering just outside our top 50 where, up until this year, the ranking ended. No fewer than five of the firms ranked from numbers 50 to 58 are based in Europe, with the likes of Rivage Investment (Paris), AlbaCore Partners (London) and Permira Credit (London) prominent among them.

Some fund managers have launched new funds and separately managed accounts during the last year of the five-year period, elevating themselves up the ranking in the process. Among these firms are London-based LCM Partners and New York’s Blue Owl Capital, formed from the merger of Owl Rock Capital and Dyal Capital Partners in May 2021. It will be interesting to see which firms continue their climb into the top 50 next time around. 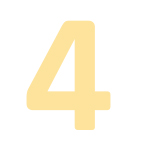 Asia-Pacific: The next frontier?

Having taken their first steps into the asset class through exposure to international funds, we are told limited partners based in Asia-Pacific are taking increasing interest in local managers. It seems logical that the travel restrictions introduced as a result of the covid pandemic would have given a further boost to this development.

Given the fact our ranking reaches back over a five-year period, it’s not surprising that the impact of Asia-Pacific managers is limited. However, there are tentative signs of GPs from the region beginning to make their presence felt. Hong Kong-based PAG, for example, edges into the top 30, while a handful of Sydney-based firms such as Macquarie Asset Management and AMP Capital are also prominent. 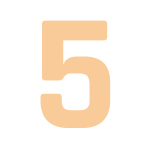 In our November issue, our Global Investor 30 ranking made it clear that institutional investor appetite for private debt is growing rapidly. The amount of capital allocated to the asset class by the top 30 shot up from just over $303 billion a year ago to more than $452 billion this time around.

But while LP capital will continue to be the main fundraising source for private debt, the democratisation of alternative assets is also seeing retail investment grow fast. A prime example of the trend is provided by PDI 100 chart-topper Ares Management, which in October launched a new wealth management arm in response to demand from individual investors.