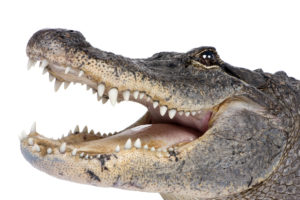 Florida State Board of Administration plans to put a significant amount of money into private debt as the recovery from the coronavirus crisis gets underway, according to its commitment report for the third quarter of 2020, and as reported by sister title Buyouts.

But those were dwarfed by the $1.8 billion it committed through its strategic investments asset class, which included debt investments. These included commitments to managers like Apollo Global Management, Audax Group, Highbridge Capital Management and Oak Hill Advisors.

Strategic investments is an allocation for investments that do not fit into any of the other categories. Like all of Florida’s alternative asset classes, it is opportunistic, according to spokesman John Kuczwanski. “The asset class staff only make investments if the funds are a good fit for the asset class and overall fund,” he told Buyouts in an email. While its policy target is 12 percent, its weight as of the end of August was 8.8 percent.

At recent meetings, head of strategic investments Trent Webster has often spoken about distressed debt as being particularly compelling during the covid crisis. In March, he said it was probably the best opportunity ever for distressed debt, and in September he said he expected the opportunity to grow over time.

“We think the distressed opportunity will probably play out in a series of mini cycles over the next 24 to 36 months, so we’ve got a lot of firepower for that,” Webster said on 29 September.

With regard to sectors of interest, Webster mentioned aircraft as a distressed industry in which Florida has interest in investing. Apollo’s Scott Kleinman recently said Apollo has invested as much as $5 billion into aircraft, aerospace and airlines, as Buyouts previously reported.