Here we present our latest Global Investor ranking of the largest allocators to private debt. In the previous two incarnations of the list, we have included 30 organisations. It’s a testament to investors’ willingness to engage and share their information – for which we are, of course, extremely grateful – that we are now able to extend the number to 50.

A couple of notable movements in this year’s ranking can be explained by more detailed information being provided to us. This means that MetLife takes over the top spot from fellow New York-based insurer TIAA. Meanwhile, Munich-headquartered Allianz Real Estate appears in the ranking for the first time in the elevated position of number four.

Here are five observations from this year’s GI 50: 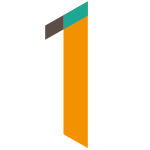 Insurers are the foundation stone

There has been much grey matter devoted to the topic of insurance capital, and how to attract more of it into the private debt asset class. The October 2022 issue of Private Debt Investor, for example, included a feature on rated-note feeder funds, one of the relatively new and innovative ways in which fund managers and their advisers have sought to accommodate insurers’ unique requirements, including from a regulatory perspective.

What this year’s GI 50 ranking reminds us of, however, is that insurance money already forms a substantial part of private debt’s capital base. Indeed, the top four allocators to private debt are all insurance companies – MetLife, TIAA, Manulife Financial and Allianz Real Estate. Three other insurers are also to be found in the top 10 in the form of Allianz GI, AXA Group and AEGON. 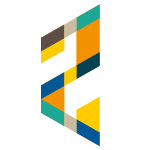 Canada is a leading supporter

One of the most striking aspects is that, although the US accounts for the top two, the 50 organisations are highly diverse geographically. One country that catches the eye is Canada, accounting for eight of the entries in total and six in the top 20: Manulife Financial, CPP Investments, Public Sector Pension Investment Board (PSPIB), BCI, Ontario Teachers’ Pension Plan and Alberta Investment Management Corporation.

Ottawa-based PSPIB is a particularly notable inclusion, rising from 15th last year to ninth this time, on the back of a hefty private debt allocation of more than 8 percent. 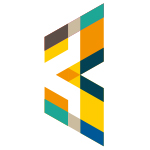 There are some bold allocations

The most obvious examples of investors prepared to take a big bet on private debt are the top two, with both MetLife and TIAA boasting private debt allocations in excess of 30 percent. But they are not the only ones to have carved out a significant slice of their portfolios – Allianz Real Estate has an allocation of almost 29 percent and Texas County District and Retirement System nearly 25 percent.

These are eye-catching figures for an asset class that is still relatively immature and where allocations often come from existing buckets such as private equity or fixed income. Many organisations are still only dipping their toes in the water, but there is a growing number prepared to ‘go large’. 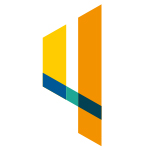 It really is a global asset class

From Kongens in Denmark to Jeollabuk-do in South Korea, private debt’s limited partners are to be found in all corners of the globe. It’s true to say that there are private debt hubs such as New York and Toronto, both accounting for five of the top 50 in our list. But it’s equally clear that a great many different cities, in different parts of the world, are represented.

At the peak of the covid outbreak in 2020, managers seeking capital were forced to adapt to a new model of remote fundraising. Today, as ‘traditional’ fundraising begins to re-emerge, GPs will once again be booking plenty of flights to far-flung destinations (ESG policies notwithstanding). 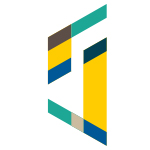 In search of dollars Down Under

In terms of geography, the relative newcomer to this year’s ranking is Australia. The country’s superannuation funds have long been mainstays in other asset classes such as private equity – now it’s apparent that private debt is on the radar too.

Allocations are not yet substantial enough to see Australian LPs high up the charts but AustralianSuper, Australia Future Fund and Victoria Funds Management Corporation all make it into the top 50 as new entrants.