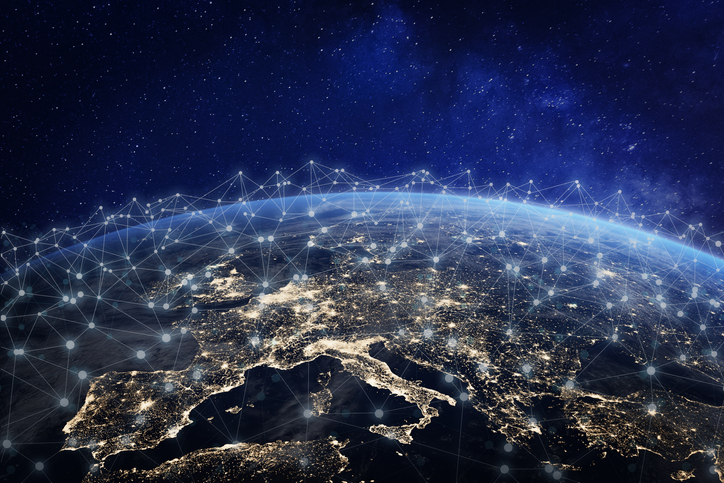 Private debt managers operating in the Italian market have found themselves in the eye of the covid-19 storm, with the country the worst hit in Europe and struggling to control the pandemic. But despite the lockdown they have faced, most are optimistic that private credit will make a strong return and has the potential to grow its market share in one of Europe’s trickier markets for direct lending.

The strength of the local banks in Italy has always made the market challenging for private debt funds. Daniele Candiani is a Milan-based managing director with debt advisory business Lincoln International and the former head of debt and capital advisory for Italy at Deloitte. He says: “At the moment, it is quiet for everybody. The banks are almost all still available to provide lending – they will think about higher pricing and stricter covenants, but I don’t see them closed to new business.”

He adds: “What I do see is a new way forward for private debt funds, which will start very soon because banks will not be closed for business and will support companies. But when it comes to new acquisitions, they will be cautious, so private debt could take some interesting space.”

He says the opportunity to pick up market share from the banks will play into the hands of international direct lenders operating in the Italian market because of their ability to do larger deals; he argues that the domestic managers have so far struggled to put any more than €20 million cheques on the table.

Candiani adds: “I was working with some of the big international names before this crisis hit, on deals that have now been postponed. But none of the deals that I was working on have been shut down, just put on hold. Those deals will come back, and we will see some interesting private lending.”

CAPZA is one of the pan-European players that entered the Italian market in 2019, opening a Milan office in April to focus on providing private credit to Italian SMEs, investing in mezzanine, unitranche and senior debt. The Paris-based firm provides capital to small and mid-size European companies with enterprise values ranging from €30 million to €400 million, and had €3.7 billion under management at the end of 2019.

Jean-Marc Fiamma, private debt partner at CAPZA, says: “In terms of direct lending, the Italian market is good for two categories of private debt. First, the debt funds are servicing companies with a lot of capex needs or special requirements, and second, they are backing deals that are a stretch for the banks for whatever reason. For us, the market is really limited to the former, because the M&A market is not as buoyant as other economies, so we don’t have constraints there. Really, unitranche is only done in Italy in the context of a borrower that needs additional flexibility.”

He says there were approximately 60 transactions financed by private debt in Italy between 2013 and 2019, so an average of 10 a year, though 2019 was quieter because of a slowdown in trading conditions.

“Nonetheless, we do believe there are a lot of very interesting companies in Italy,” he says. “Not only in the north of the country, but also everywhere else. That is why we made the decision to be present in the market – we believe that with an increasing number of private equity funds present there is going to be an increase in demand for private credit in the coming years.”

Both Fiamma and Candiani point to the technology and intellectual property space as a good hunting ground for deals, as well as healthcare. Anything cyclical in nature is firmly off the agenda. “Italy is made up of clusters of very niche markets in which you can find nice opportunities in good sectors,” says Fiamma. “We are looking at companies that make more than half of their revenues from exports and are present worldwide in niche segments in which they have clear leadership. There are a lot of good opportunities.”

In addition to the presence of competitive local banks, another hurdle to private lenders in Italy is a regulatory one, whereby funds must have a banking license in order to carry out lending. Because the requirements of licensing are fairly cumbersome, foreign debt funds have tended to avoid that route. They have opted to either have the borrower issue bonds subscribed to them or their investors instead of executing a loan agreement, or to enter into a loan agreement with an affiliate of the borrower based in another jurisdiction and then pass on the funds to the Italian borrower by way of inter-company loans.

The issue has been exacerbated by a critical ruling by the Italian Supreme Court last year, which said that so-called fronting structures were illegal, forcing direct lenders to either apply for banking licenses or stick to issuing bonds instead of loans. But the use of more complex structures comes at a price, as the ensuing costs and delays can prompt borrowers to adjust the deal and find a bank to do it.

Carlo Massini, partner with law firm Hogan Lovells in Milan, says: “There is a preference on the part of borrowers for loans, so the market has been shaken by the ruling.”

He adds: “There is a growing degree of complexity but also a growing case for private lenders who are serious about the market to get cleared by the Bank of Italy so that they can provide finance as quickly and efficiently as a bank.”

That said, there are plenty of funds lining up to take a piece of what they hope is a growing market.

Fiamma says: “It is currently very difficult to imagine what is going to happen in the future, not only in Italy but elsewhere. If things go back to normality, we see the Italian market catching up vis-à-vis other European markets, with more and more international private equity players looking to acquire some nice Italian corporates. As a result, you should see more M&A processes and the appetite for unitranche should increase.”

The Italian authorities have issued legislative measures to support the loan markets, including a suspension of interest and principal payments on loans to SMEs, the rescheduling of repayment plans and financial support for loans to larger corporates.

The banks are bearing the brunt and there may be a bigger role for private debt in future as a result.

Luca Bucelli, head of Italy with pan-European lender Tikehau Capital, says: “There are not many transactions, but of course private debt will have a much larger role going forward because we are now established in the space. Tikehau has done more than 15 deals in Italy and we navigate the complexity of the jurisdiction. The sponsors know us and we are an option – we are on the ground in Milan and we have capital that we can deploy.”

Despite an immensely challenging market today, key players in Italy’s private credit space remain committed to the country for the long term and optimistic about its prospects.