“The picture is, you have the lockdown, then you have the reopening, but there’s probably going to be a long tail where a large number of people are going to be struggling to get back to work” 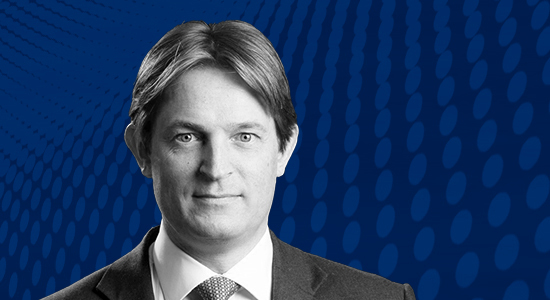 British SMEs could be facing a post-summer crisis as vital government support extended during the coronavirus crisis starts to be withdrawn. Beechbrook Capital’s Paul Shea wrote about some of the challenges facing businesses as they transition from a pre-covid world into one that lives with pandemic risk. While the UK government has provided support to firms to furlough staff and extended several loan schemes for businesses these will begin to be withdrawn over the coming months, which could spell disaster for many firms.

Shea believes that one solution to the issues facing UK SMEs would be to enable banks and entrepreneurs to manage the process of repairing balance sheets with support from private debt funds. He said entrepreneurs and lenders are best placed to know whether businesses can repay their emergency loans and understand how best to plug any capital gaps with equity or subordinated debt.

The main things businesses need, according to Shea, is time extension of business loan schemes, an incentive scheme to encourage firms to repay most of their loans within a short period and helping private debt funds to build regional networks to support SMEs.

Can Bain take off with Virgin Australia?

Since the news broke about Bain Capital’s Virgin Australia acquisition agreement in June, there have been some developments.

Deloitte, the airline company’s administrator has identified Virgin Australia’s 10,247 known creditors, including about 9,020 employees as of 17 July. It is understood that the next creditor meeting for Virgin Australia’s insolvency case is being pushed back from this month to September.

The upcoming meeting is important because company stakeholders – including lenders, aircraft financiers, landlords and employees – will discuss and agree on key details of the firm’s future. Interested parties, which you might be familiar with, include Australia’s Queensland Investment Corporation, Hong Kong’s Tor Investment Management and Singapore’s Broad Peak Investment Advisers.

Debt funds dominate in Germany. The coronavirus crisis has seen debt funds become the dominant source of financing for LBOs in Germany according to figures from GCA Altium. A decline in deal volume and bank lending means debt funds accounted for more than 70 percent of all deals in H1 2020.

France-based lender Tikehau Capital has announced its exit from Conformama, a company it extended a loan to when it was on the verge of bankruptcy.

Conforama is one of Europe’s biggest home furnishings retailers but in 2017 it was in serious difficulty as a result of accounting irregularities in its holding company. Tikehau put together a €115 million rescue package secured against the company’s real estate in January 2018 and reported the loan was repaid on 31 July.

Tikehau pulled knowledge from across its real estate, private equity and private credit teams to structure the loan and said the successful deal shows the role alternative asset managers can play in financing the real economy.

No pause for CLO woes

S&P has continued to downgrade CLO tranches with a further 103 US CLO tranches downgraded this month. The move brings the total number of CLO tranches on CreditWatch negative to 449 across 259 CLO transactions.

The good news is that the pace of downgrades is now slowing, with negative corporate ratings actions having peaked in late March and early April while the number of ratings affirmed or being removed from CreditWatch negative has increased. Overall about 5.6 percent of exposures are on CreditWatch negative while 38.5 percent have a negative rating outlook.

The $76.9 billion US public pension invests in private debt via its credit strategies portfolio.

Today’s letter was prepared by John Bakie with Adalla Kim.