“The covid pandemic didn’t help things. Still, there’s a good chance the markets will be prepared.”

Manuel Frey, a partner at law firm Paul Weiss in New York, on the transition from the LIBOR reference rate (read more here). 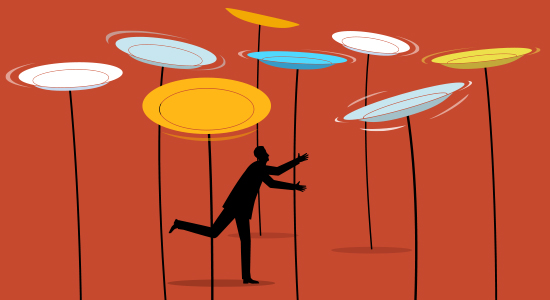 Confidence low in lenders’ recovery skills
You could be forgiven for thinking the prospect of corporate default has been overhyped, with dire warnings of a repeat of the global financial crisis looking wide of the mark. Law firm Proskauer’s Credit Default Index, for example, showed the overall default rate for the first quarter of this year dropping to 2.4 percent – compared with 8.1 percent in the second quarter of last year, which coincided with the initial wave of the pandemic. For companies with EBITDA of more than $50 million, the rate was just 1.0 percent.

However, the Proskauer report did come with a warning that companies were not out of the woods just yet. There has been a well-documented and substantial liquidity boost provided by government support schemes, but when these initiatives are withdrawn there is every possibility that balance sheets will come under renewed pressure. What happens then?

A study out this week from corporate and fiduciary services firm Ocorian paints a less than rosy picture, with almost half (47 percent) of investors with exposure to direct lending strategies lacking confidence in the ability of those lenders to manage loss recoveries in the event that defaults rise. Confidence was lowest in firms less than 10 years old (41 percent) and in those based in Europe (28 percent).

On the upside, 92 percent of respondents expected corporate insolvencies and restructurings to present them with opportunities over the next 12 months, with 22 percent believing these opportunities will be significant.

This week comes news that a CLO reset by BlueBay Asset Management “has incorporated additional criteria relating to ESG investment guidelines, reflecting the importance of ESG within the overall BlueBay investment philosophy”.

BBAM European CLO I DAC was a €250 million transaction that priced and closed in June last year. The reset, which is expected to close on 29 June, raises the size of the CLO to €404.5 million. In a reset, a CLO is called and reissued at current market spreads, with new terms. The original vehicle is retained but the reinvestment period end date and deal maturity date are extended.

Larsen on the lookout
It has only been a few short months since chief executive officer Jess Larsen launched Briarcliffe Credit Partners, but activity at the placement agency has been so busy that Larsen is now on the hunt for “five, maybe six people tomorrow”, which would double the current staff.

Larsen, a former partner at FIRSTAvenue, says Briarcliffe, which is fully dedicated to private credit, has spoken to 78 managers about fundraising since the firm opened its doors on February 24. “They are reaching out to us, not the other way around,” he says, noting that Briarcliffe is also fielding calls daily from LPs.

Big in Japan. Bonds issued in Japan face by far the biggest risk from the transition away from using the LIBOR benchmark in Asia-Pacific, according to a report from Bloomberg and the International Capital Market Association. While most countries in the region have fairly low levels of exposure, Japan has a huge $156 billion of legacy bonds that utilise the benchmark and will need to consider amending contracts away from LIBOR.

German real estate lending looking up
Sentiment among Germany’s real estate lenders experienced a positive surge during the second quarter of 2021. The BF.Quartalsbarometer score rose by 3.66 points, from -4.68 to -1.02. This is the second quarter in a row that sentiment has brightened considerably. In Q4 2020, the score stood at -8.08 points. The index, published by financing consultant BF.Direkt, thus reached its highest level of the past nine quarters in Q2 2021.

The New Jersey Division of Investment agreed to commit up to €450 million across three private debt vehicles at its May 2021 investment council meeting, a contact at the pension informed Private Debt Investor.

The pension also committed €300 million to fund manager Intermediate Capital Group with €200 million allocated to ICG Europe Fund VIII and €100 million to a co-investment vehicle. These will target upper mid-market opportunities across Europe with opportunities to invest in both debt and equity tranches.

The pension’s recent private debt commitments have focused on the corporate sector in North America. The pension currently allocates 6.87 percent of its investment portfolio to private debt.

Jacksonville Police and Fire Pension Fund has selected RVK as its non-discretionary investment consultant for its private debt portfolio, as mentioned during the pension’s May 2021 board of trustees meeting.

The $2.46 billion US public pension has also agreed to hire Ares Management and commit $100 million to its Ares Pathfinder Fund, as recommended by its investment consultant. The pension recently approved a recommendation to add private credit to its investment portfolio, Private Debt Investor reported.

The pension currently allocates 9.83 percent of its full investment portfolio to alternatives. Timothy Johnson serves as the pension’s executive director.