“In 2020, private credit really did show how it can outperform. And the outperformance is not just on the return side. It’s actually on the risk side.” 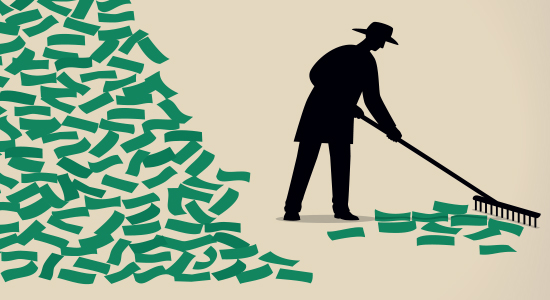 Cliffwater lifts the lid on fees
A new study from US-based research and investment due diligence firm Cliffwater (not yet available on the firm’s website) is a useful mine of information for investors wanting to delve into fees charged by direct lending managers. Here are a few of the key findings:

1. There is a wide variability in management fees charged, “only a fraction of which is explained by whether fees are charged on net or gross assets”. The fee range equals 0.75 percent, “a very meaningful difference for any asset class”. Half of the 40 managers surveyed based their management fees on gross assets, which is unusual in alternative assets generally. The argument for doing this, according to the study, is that the resources required to deploy assets is the same regardless of whether those assets are invested or levered.

2. Most managers use leverage in their funds, with only three of the 40 in the study not doing so. On average, fund leverage is 1.06x. Those that charge management fees on gross assets use more leverage than those that do not, but these managers have a slightly lower average management fee.

SPACs will endure, says Monroe’s Solovy
“I don’t see this as a fad that will go away,” Mark Solovy, managing director at Chicago-based fund manager Monroe Capital, told us, when asked about the boom in special purpose acquisition companies. “You used to only have a very specialised set of investors interested in it but now you have a sophisticated institutional investor base.”

While there have been references to “SPAC mania” in the press, Solovy believes solid building blocks are there for a market that was a lot more ad hoc when it first came to attention around a decade ago but is now a viable business line as far as sponsors are concerned.

SPACs, most often associated with private equity firms but also sponsored by some private debt outfits, are often seen as an alternative to an initial public offering for growing companies. Here’s an interesting take on the future of SPACs from our colleagues on Private Equity International.

Bernstein joins from Anchorage Capital Group, and brings deep experience in distressed debt and restructuring situations across sectors, the firm said in a statement. Bernstein will work alongside the firm’s chief investment officer, Dan Shribman, who said the expansion to private companies represents “an exciting opportunity” to enhance value for its partners and shareholders.

Bernstein has worked closely with management teams and corporate boards to maximise shareholder value through capital allocation strategies, operational turnarounds and the like.

B Riley, which trades on Nasdaq, has traditionally focused on merchant banking and active sponsorship of public companies. Bernstein’s group is charged with focusing on investing in companies that also can benefit from the operational, financial and industry expertise of B Riley’s affiliated companies, including its investment bank and turnaround consulting firm.

Wiant hired for Danish manager’s US push
Capital Four, the Copenhagen-based fund manager, has named Jim Wiant as partner to establish and lead US efforts for the firm. He joins as chief executive officer of Capital Four US and portfolio manager.

Wiant is a senior credit investor with 22 years’ experience. For the past 12 years, he has been with MidOcean Credit Partners. Previously, he worked at Deerfield Capital Management and Golub Capital as a credit investor. He began his career in M&A and corporate strategy for Deutsche Bank and Salomon Smith Barney.

A majority of NMSIC’s recent commitments have been to funds focused on senior debt and subordinated/mezzanine debt.