“A CLO can be viewed as a bank that does not accept deposits and has a defined start and end date. Not so scary after all” 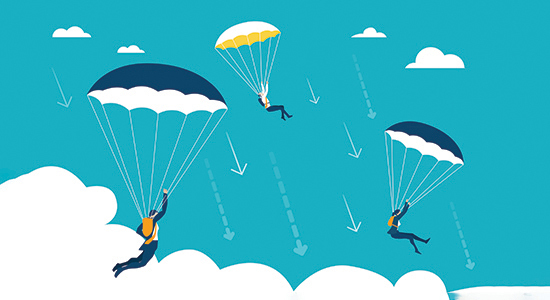 All the latest US trends revealed

It’s not all bad news in the world’s largest private debt market, where an improved situation in the capital markets has brought about renewed confidence in recent months. However, as our newly published US Report makes clear, it’s not all good news either.

“Instantaneous supply and demand destruction” is how Ian Fowler of the global private finance group at Barings arrestingly describes the immediate impact of the pandemic earlier this year. Unsurprisingly, lenders’ deal pipelines shrank and are still far from normal.

Randy Schwimmer of Churchill Asset Management reflects on how this crisis is quite different from any of those that came before. He cites the low-cost gym as an example of a type of business that has traditionally done well in recessions but which this time has been forced to shut.

Or, as Christopher Hardiman of Partners Group puts it: “Certain sectors that are typically less insulated did very well [in the aftermath of the viral outbreak] and some sectors that the market thinks well insulated were hit hard.”

Change at the top at Alcentra

European and US private debt manager Alcentra has said that co-founder David Forbes-Nixon is stepping down as chief executive and has named Jonathan DeSimone, formerly an executive with Bain Capital Credit, to succeed him, pending approval of the UK’s Financial Conduct Authority. DeSimone left Bain last June, after 17 years with the firm, most recently as portfolio manager of the Liquid Credit strategy and a member of the Bain Capital Credit Committee.

Alcentra, a subsidiary of BNY Mellon Investment Management with more than $40 billion under management, did not give a reason for the change, other than to say Forbes-Nixon wanted to focus on his investment responsibilities.

Sister publication Buyouts Insider reported in May that the Los Angeles City Employees’ Retirement System was considering pulling the $100 million non-US portion of its investment in Alcentra – or half of the $200 million it had initially allocated – after a number of senior departures from the firm, including that of chief investment officer Vijay Rajguru.

At the time, the LACERS committee recommended redeploying the non-US managed commitment to Crescent Capital, another manager approved for its private credit programme. The pension fund’s chief investment officer Rodney June did not respond to a request for comment on whether it had taken any action yet.

A spokesperson for BNY Mellon Investment Management told Private Debt Investor that “the mandate with the Los Angeles City Employees’ Retirement System was not finalised”.

Rates high, returns low. A white paper from CEPRES reveals that high Fed rates generally coincide with low private debt returns, while low rates tend to trigger high returns (in 2006 the rate was 5 percent and gross returns were just over 10 percent, whereas a 0.2 percent rate in 2009 sat alongside gross returns of more than 21 percent). The paper found that as the economy gets hotter and rates are raised, the investing environment becomes increasingly frothy, with looser debt covenants and complacent due diligence.

Claiming to be one of only a few pan-European private lenders operating in the lower mid-market, Muzinich & Co believes the breadth of its team across European markets (36 professionals in 11 countries) positions it well to assess where the best opportunities lie in volatile times.

The pension fund’s recent commitments are to vehicles focused on the real estate, corporate and infrastructure sectors in Asia-Pacific, North America and Europe.