“As we look to the future, it becomes increasingly difficult to imagine a global portfolio that doesn’t include strong exposure to Ascending Asia” 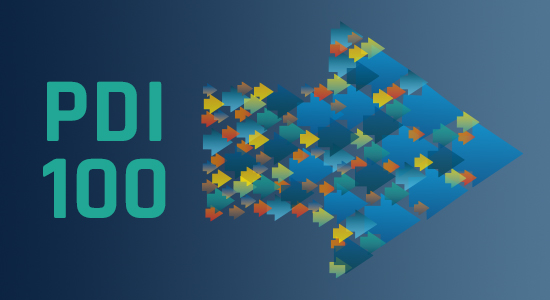 The year our manager ranking doubled in size
This year, as you will discover in our newly published December issue, we have published the PDI 100 ranking of private debt’s top fundraisers over a five-year period. Having started with the PDI 30, we progressed to the PDI 50 before making a decision this year that we would be able to justify doubling the size of our list.

This is testament to the growing scale of the asset class. In years gone by, the fundraising totals of those outside the top 50 would not have been sufficient to warrant their inclusion. That’s far from the case now.

The overall capital raised this time round is approximately $1.3 trillion, with more than $1 trillion accounted for by the top 50. This is a ground-breaking figure that has been achieved despite the covid-induced difficulties that fundraisers have faced since early 2020. The initial assumption was that investors would be hesitant to make new commitments when they could not meet managers face to face.

But their appetite for the asset class does not appear to have eased in the slightest, and this year’s trillion-busting total is well in excess of the $880 billion figure recorded for the top 50 managers this time last year. Indeed, every successive year of our ranking has seen a steady increase in capital inflows. In our first PDI 30 ranking nine years ago, the total raised was a relatively modest $322 billion. We then saw the total climb to $700 billion in 2018 and $775 billion in 2019.

For the next 12 months, the fundraising outlook looks set to be fair. A more inflationary environment brings with it potential concerns for some areas of investment and opportunities for others. But overall, the appetite for private debt remains as strong as ever. New records look likely to be set in 2022.

Cause for optimism and caution in Partners’ report
Partners Group’s latest Private Markets Navigator paints a generally positive picture for private credit, with debt markets continuing their upward move, secondary pricing remaining above pre-pandemic levels and investor demand for income-producing assets strengthening. The report also points out that a huge amount of dry powder for buyout and M&A activity offers private debt ample investment opportunities, and that default rates have remained lower than expected during the pandemic.

The outlook is a little nuanced, however. The report points to “rising headwinds” for corporate profits and a period of higher inflation and interest rates. It also acknowledges that some protection is afforded by private debt’s largely floating-rate nature. Partners says “caution is the byword” and points out that the firm is moving up the capital structure in its direct lending activities.

The specialist investment strategy has seen continued growth following the global financial crisis as banks seek to improve the quality of their capital base.

Golub in $1bn unitranche
US fund manager Golub Capital acted as administrative agent and joint lead arranger on a $1 billion unitranche facility to finance the merger of 2020 Technologies and Compusoft by private equity firms Genstar Capital and TA Associates. The facility was funded using a combination of US dollars, Canadian dollars, British pounds and eurodollars.

Golub has been administrative agent to 2020 Technologies since Genstar acquired the company from Golden Gate Capital in May. Golub more than doubled the size of the unitranche facility to support the business’s subsequent merger with Compusoft. The combined company will be majority-owned by Genstar Capital and TA Associates.

Maryland State Retirement and Pension System has approved $325 million-worth of commitments to private debt, according to its September and October board meeting documents.

The commitments were made to two funds: $200 million to AG Potomac Fund, which focuses on corporate credit solutions and is managed by Angelo Gordon & Co; and $125 million to FP Credit Partners II, an opportunistic credit fund managed by Francisco Partners.

The $66.7 billion pension allocates 10.4 percent to its credit/debt strategies, with private debt being housed within this asset class. Maryland predominantly focuses on funds situated in North America but with varying strategies.