“There is little doubt that private debt and equities are correlated in the falling growth environment, but they are different in that equities have shown dramatic drops in value while private debt, due to attendant protections, has experienced only single-digit declines.”

Taken from a report entitled All Weather Private Debt, produced by research and investment due diligence firm Cliffwater 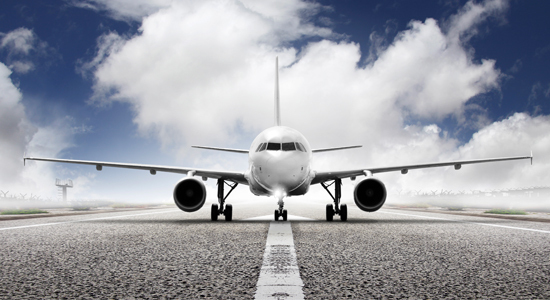 If the withdrawal of the banks from mid-market corporate lending catalysed the direct lending market, many are seeing a similar trend heralding the arrival of private debt firms in asset-based finance. It was a topic discussed by a panel at this week’s virtual PDI Debt Week.

Little doubt that there’s plenty in the ABF market to be fought for, with KKR’s Varun Khanna sizing it at around $4.5 trillion globally. In KKR’s case (see more about its approach here), ABF is a multifaceted strategy encompassing a wide range of investment areas including consumer finance and mortgages, hard assets, small and medium-sized enterprises, and contractual cashflows.

But it can also be home to those with a specialist focus as well, as represented by John Morabito of EnTrust Global who spoke of the opportunities open to his firm through restructurings in the aircraft sector, such as that at LATAM Airlines.

One thing is clear: the banks are no longer interested in many of the ABF assets that used to sit on their balance sheets, as Basel IV and regulatory capital constraints pull them away from anything outside the bucket marked ‘plain vanilla’. And, as was the case with mid-market lending, private debt funds are ready to step into the gap.

LPs getting back to business as usual

An upbeat assessment of the market from advisory firm Campbell Lutyens, whose Covid-19: Investment Sentiment report found that “most LPs have adapted to covid-19 as the new normal, and some are even capitalising on the new opportunity set”.

A notable 61 percent of investors said it was “business as usual” from June to August, almost double the 34 percent who had this view in April.

Meanwhile, a separate survey from advisory firm Probitas Partners found 45 percent of investors are currently interested in distressed debt and special situations funds, 36 percent in performing private debt and just 16 percent in dislocation funds. The low number for the latter may reflect a belief that this was a short-term opportunity. See here for this and other Probitas surveys (registration required).

Stepping into the trade gap. UK-based consultancy Bfinance has published a survey which appears to highlight an opportunity for institutional investors and asset managers to grab a larger share of the global trade finance market. “The asset class has gained traction in recent years for institutional investors seeking to improve yields versus traditional fixed income without taking on duration risk or sacrificing too much liquidity,” say the authors of the study. The question below was put to 346 bankers.

HPS rakes in $9bn for mezzanine

Subordinated debt fundraising ground to something of a halt in the immediate aftermath of the covid-19 outbreak (see Robin Blumenthal’s feature here). However, New York-headquartered HPS Investment Partners already had a whopping mezzanine fund in the works, which has just closed on $9 billion. Read more about it here.

Large investors appear to be gravitating to private debt – in the form of partnerships rather than conventional fund commitments. The latest example is California State Teachers’ Retirement System and Owl Rock Capital Partners, details of which can be found here. The move follows two partnerships formed by Mubadala with Barings and Apollo Global Management and one by Qatar Investment Authority with Credit Suisse.

Maryland SRPS has committed up to $500 million to 2020-vintage private credit funds, according to an investment document from its September 2020 meeting.