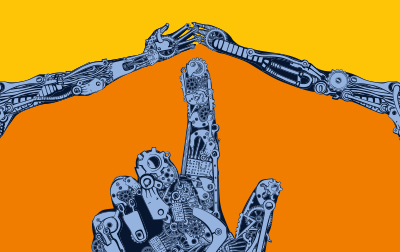 For many years the new alternative lenders serving the lower and middle end of Europe’s loan market have been challenged by potential institutional investors with an unanswerable question: their loans might do fine during normal times, but how would they fare in an economic crisis?

Because of the coronavirus pandemic, the question can soon be answered.

Though not quite yet. At this precise moment, even the alternative lenders themselves do not really know the truth of the matter. It is striking, however, to see the range of pictures already presented by various lenders catering to slightly different markets, when Private Debt Investor conducted the interviews. These were all between 16 and 19 March, when Europe was in the early stages of its coronavirus lockdown.

A number of alternative lenders were still prepared to make loans, at this time. This group includes both marketplace lenders – lenders that automate the system of application, and even much of the rejection, though humans make the final decisions to lend. It also includes more conventional alternative lenders, which rely more on human, rather than artificial, intelligence.

One of the most bullish is Omni Partners, an investment management firm that makes short-term property loans secured against UK property – the bulk of it residential, but not owner-occupied. Loans tend to be for about 12 months. Elissa Kluever, partner and managing director, bases her faith on the model, even in these difficult times, partly on the structure of the loans – secured against immovable assets, typically at conservative loan-to-value ratios in the 60s – and partly on the intractability of Britain’s housing shortage. “We think the property market will be relatively resilient,” says Kluever. She cites the UK’s “very strong supply-demand mismatch, regardless of which political party is in power”.

Kluever thinks this makes residential property values, and therefore the value of collateral, relatively stable even during economic shocks. Kluever suggests some institutional investors may choose to allocate away from marketplace lenders making unsecured loans to SMEs and households, and towards what she sees as safer strategies such as Omni’s.

However, even Omni sees covid-19 complications. Kluever says the supply of transactions could be hit by the difficulty of maintaining the face-to-face meetings necessary for keeping the residential market going. There may also be future shortages of the labour needed by landlords to refurbish and convert houses before selling them on, and of building materials if supply chains break down.

Lenders to the ‘mid’ part of the European small and mid-sized enterprise market are for the most part keen to keep lending, but some are considerably more bullish than others.

Among the most bullish is October, a marketplace lender that makes loans averaging about €500,000 to firms in France, Spain, Italy, The Netherlands and Germany. “We are very much open for business,” says Thorsten Seeger, head of October in Germany. “Healthy and sound businesses will still grow, and we see this crisis as an opportunity.” He cites the 2008-9 credit crisis: banks cut credit, presenting an opportunity for the new marketplace lending industry. Seeger expects the same thing to happen this time round. Speaking on 16 March, he said the demand for loans was “fairly stable”, though it was hard to say more at this early stage.

However, even alternative lenders that are still prepared to make loans are generally much more wary than before the pandemic. Stéphane Blanchoz, head of SME alternative financing at BNP Paribas Asset Management, a pan-European alternative lender making loans of €0.5 million-€5 million, has recently rejected two transactions, one on 6 March and the other on 9 March, “which we would have done if the situation had been different” – a reference to coronavirus.

One was a Dutch retail equipment wholesaler in The Netherlands; the other was a market researcher in the UK. However, on 17 March, the day before he spoke to PDI, Blanchoz approved a loan to a Dutch online education provider. This case underlines the point, while most businesses will be hit by coronavirus fallout, a sizeable minority will benefit. With Europe’s schools and universities closed, online education could enjoy a boom.

However, Blanchoz notes that BNP Paribas AM is still asking probing questions even to firms like this about how they will be affected by the crisis. To give an example, it recently lent money to a company providing an IT solution for remote healthcare consultations – perhaps the ultimate example of a business that should benefit from the covid-19 shock. Nevertheless, the firm still needed to ask how the disruption caused by the virus would affect the IT lying behind the company’s offering: would there be enough IT workers and hardware capacity available to keep the company’s expansion plans on track?

As Blanchoz puts it: “This is not a bad company, and it’s definitely in the right sector – but we needed to be sure to liaise individually with the company to understand how they were affected and what they planned to do.”

The businesses Blanchoz lends to are larger than the segment served by marketplace lenders, and this may make them a little more resilient. It is revealing that credit.fr, a French SME marketplace lender to smaller businesses than the BNP Paribas AM staple, with an average loan size so far of about €100,000, has reacted more extremely to the crisis. Speaking on 17 March, at a point when the French government had placed the nation on partial lockdown, Thomas de Bourayne, chief executive officer and founder, said the firm would still consider applications, but not actually dispense euros “when commerce is closed”.

However, this still raises the question of what to do about the firms already on the loan books of alternative lenders.

Credit.fr is offering holidays for interest payments and management fees for the current quarter. Speaking tentatively at an early stage of France’s response to covid-19, de Bourayne thinks that only 15 to 25 percent of borrowers will ask for a payment holiday. BNP Paribas AM is also considering them. Blanchoz argues that this is in the interest of investors because the companies he is lending to are, as he puts it, “not bad”. They have, he notes, a problem with liquidity rather than solvency.

For Alex Schmid, London-based chairman of ESF Capital, which lends €0.5 million-€5 million to European businesses, “to foreclose on SME assets, and try to sell them, is a terrible idea in a market like this”. Instead, “it’s very much better to try to work out with the company how best to solve the problem”. One lender moots the idea of taking equity in companies instead of interest payments.

Looking to the slightly longer term, some alternative lenders think many of their competitors will not survive this tough situation. “It will definitely lead to consolidation,” says de Bourayne of credit.fr. “Some people will not make it through.” However, de Bourayne points out that credit.fr can rely on the financial support of its parent Tikehau Capital, the French alternative asset manager.

If alternative lenders do withstand the crisis, they will perhaps emerge a little older and wiser, armed with the new knowledge that even in a modern peacetime economy whole sectors can suddenly suffer a total loss of income for a period. Given this new understanding of shocks to cashflow, “we have to rework the model, adapting it to the facts”, concludes de Bourayne.