Ireland’s National Asset Management Agency (NAMA) is working on the composition of two loan portfolio sales with a combined face value of €6.5 billion, which it plans to launch in the first half of 2016.

The agency has appointed Cushman & Wakefield to handle the sale of the two loan books, known by the codenames Project Ruby and Project Emerald.

The final make-up of the portfolios is yet to be determined. However, it is understood that the larger of the two portfolios, Project Ruby, will contain loans with an unpaid balance of in the region of €4.3 billion. The loans are linked to 21 borrower connections, a source said, with around half of the underlying property located in and around Dublin. Project Ruby is scheduled to be brought to the market in Q1 2016.

Project Emerald has a face value of €2.2 billion and is related to 18 borrower connections, the source said. Both loan books contain a mix of property types, although Emerald is understood to include just under 50 percent residential assets. Project Emerald is likely to be put up for sale during the second quarter of the year.

Projects Ruby and Emerald will follow the recent successful sales by NAMA of two major portfolios. In October, the agency, advised by Cushman & Wakefield, sold the €6.25 billion face value Project Arrow to Cerberus Capital Management for around €800 million.

“The sale of Project Arrow represents another significant deleveraging and risk mitigation milestone in NAMA’s progress towards fulfilling its key strategic objectives,” said Brendan McDonagh, chief executive of NAMA said at the time of the sale.

In September, NAMA sold the loans secured by Dundrum Town Centre, Ireland’s largest shopping centre, to Hammerson and Allianz Real Estate for €1.85 billion. The so-called Project Jewel contained loans with a value of €2.6 billion. As well as Dundrum, the loans were also secured by 50 percent stakes in the Ilac and Pavillions shopping centres, also both in Dublin. 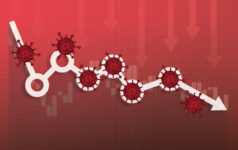 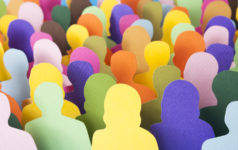