This article is sponsored by Paul Hastings

What is driving the current trend towards ‘mix and match’ investments by credit funds?

Luke McDougall: The market place for direct lending has produced a number of opportunities over the last 12 months whereby lenders are being asked to go into particular capital structures in two, or even three, different places. We’re not talking here about unitranche deals with some warrants, but two different facilities with two different risk profiles and different pricing.

Why would you put a multi-tier capital structure into a bilateral deal? We increasingly find lending opportunities where the amount of debt that the lender is willing to provide to a business is more than the business is willing to take on as senior cash paying debt.
So, you have a split. That may also be because one shareholder is saying they are happy to leverage but another stakeholder, perhaps the founder or the management team, is not willing to leverage to the same degree.

How do those investments work?

LM: In those cases, you might have unitranche senior debt going in at the operating company level (that is, leveraging all shareholders) and then a holdco PIK providing back leverage on just one shareholder’s investment. That’s basically a function of economic drivers at the moment, because these are companies that are high growth and achieving equity valuations that are out of step with what is financeable by way of senior cash paying debt.

The senior cash paying debt capacity on these deals is much lower than the amount which direct lenders are willing to lend, and there is not enough cash to service senior debt at that amount because the business is early-stage, investing all its cash into customer acquisition.

Those dynamics, particularly in technology, software and e-commerce companies, are driving lenders to do these ‘mix and match’ investments, where they do both the opco senior secured and the holdco PIK, keeping everyone happy. The borrower still gets the benefit of the bilateral relationship with a supportive lender, but the lender underwrites two different facilities.

What sort of credit fund structures can accommodate this demand?

LM: The problem is that not all credit firms have single funds that can do both deals because they are totally different strategies. The racier holdco PIK debt sits way back in the capital structure and priced like quasi-equity at 10-15 percent. Some LPs love that, but they are different to the ones that like the senior secured debt priced around
6-7 percent.

That presents a number of problems, even for those firms that manage two funds that could each take the different facilities respectively. For one, this has the potential to cause a conflict. If a distressed scenario arises and they decide at any point to enforce and sell the business for whatever its value is at the time, one fund may benefit at the expense of the other. That puts single funds with more flexible capital at an advantage.

How are these deals being structured?

LM: Some funds are structuring these deals by aggregating the risk profile in the same fund so that the blended deal fits the criteria of the fund and removes the conflict issue. The challenge is often that the guard rails managers have set out in their fund documents in respect of each individual investment by the fund make it difficult to do these mix and match transactions.

Diala Minott: Some managers just don’t like these deals because of the internal compliance issues involved, like having one team sitting on both committees, for example. What they end up doing is having two completely separate funds, with completely separate teams, and then creating another separate fund which aggregates/blends the returns of the two other funds together. That allows them to say to investors coming into that aggregated fund, this is how we deal with the risk profile.

If they’re not happy with that, investors can go into either of the separate funds. In other words, they are holding instruments that will give them the blended return and technically it is two separate investments. There is still the fiduciary risk there, however.

The other way, which is more popular, is having a senior and an equity fund within an umbrella fund with compartments. One compartment will do senior only. One compartment does sub-senior, and one does credit opportunity. But what you offer to the investor is a mix and match, where you are able to ask what kind of exposure they would like and meet that demand, whether they invest in just one compartment or all three.

Some LPs like to be able to change their risk return dynamically, so they might start off with quite conservative risk with the senior secured and, once they get more comfortable with the manager and the asset class, they can increase their commitment to the equity bucket.

How have credit funds approached this with investors?

DM: Another issue is that some LPs are restricted by how much of the riskier assets they are allowed internally to be seen to be investing in, with some of them only allowed to invest in senior secured with only a small bucket of other assets that could include the subordinated debt. They need something dynamic where they will set out their own mandate – say, a concentration risk of no more than 5 percent of the equity, and then the manager can keep increasing the LP interest up until they hit that 5 percent and then stop for that investor so they no longer continue to invest in the equity bucket.

In terms of the fiduciary duty, the issue is still the same whether you have mixed the exposures or separate exposures, and that really comes down to LP appetite. Some LPs, if they think it’s a similar strategy with the same manager, are comfortable with that risk, but others are not.

They are saying you can’t really be running all these strategies and give us a blended return because if you have a poor performing fund and a well performing fund that are both invested in the same asset, how will you know when is the best time to realise that? If you crystallise losses, you might be making a profit for one fund against the interests of the other fund.

In those scenarios, managers have been putting in restrictions in their documents to ensure that if they are marketing the ‘mix and match’ approach as one fund, they are putting parameters around what they can sell and how they sell it. The wording ensures the two funds are not mistreated in any way, so you have to sell on the same terms and acquire on the same terms. That means they are tied together, which makes it difficult to manage the return. But investors are coming into both at the same time and are made aware and can see that protection.

There are quite a few fund structures out there that cater for this but it really comes down to how much risk the LPs are willing to take, because there is a judgement to be made and GPs are asking LPs to trust them.

What issues does this present for a credit fund internally?

DM: The structures are quite developed now, and you can actually have quite a few flexible terms. But most managers that have tried to do this with their current funds that they’re running haven’t been able to do it, principally because they have hit against a concentration risk limit that LPs have refused to increase, or they haven’t been able to get comfortable with the fiduciary conflict.

Some GPs have taken it to their LP advisory committees, only to find that causes unacceptable delays and the mix of perspectives on the LPAC can potentially lead to a stalemate. So, under current documentation it has proved difficult to do.

The most successful mix and match deals have been for single investors that have agreed upfront to that risk and agreed an LPAC process with the single investor to address the conflict issue. That’s worked nicely, because you can get quite a big mandate with a commitment from a superannuation fund or a big sovereign wealth fund across a couple of your strategies as a manager, then the risk is all in-house with that one investor. That’s where we have seen mix and match being done to date. 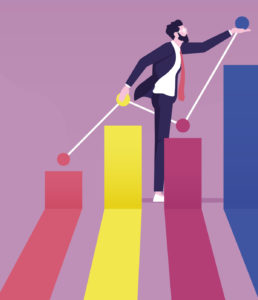 How do you anticipate ‘mix and match’ investing will evolve?

DM: There’s a lot of interest in pooled investments, trying to pool funds together, but no one has yet been brave enough to do that without the restrictions around buying and selling the assets on the same terms. We have not seen deviation from that. I think it’s going to end up being something for big mandates with single investors, because I’m not sure you can really balance the risk when you have 20 or 30 investors and some of them have markedly different risk profiles.

There’s a demand for this but not necessarily the right structure yet that can take everything in one. We are seeing a lot of strategies being split and then a managed account set up where the responsibility is delegated to the manager to decide how much to put in the subordinated strategy and how much to put in the PIK strategy, in return for the LPs setting out what return they are looking for. That’s the most cutting-edge technology at the moment.

LM: There’s a genuine question as to whether the opportunities right now that are driving this are going to be representative of the future direction of travel. We have done three of these deals in Europe so far this year, but one might argue that deployment opportunities on high growth company investments like this won’t be a permanent feature of the market. To be clear though, it is not just technology funds or tech-focused lenders doing these deals at the moment – it’s broader than that, and there’s certainly a demand that lenders are working to address.