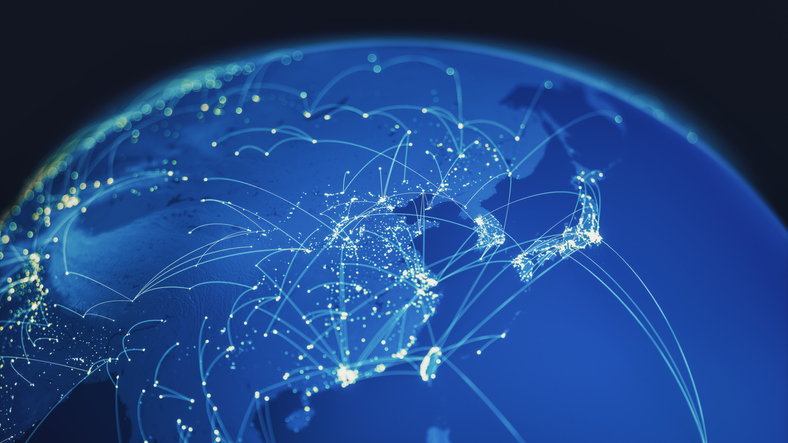 In 2021, the firm worked on proprietary private deals with a total deal size of $1.5 billion, putting to work $920 million of risk capital across nine transactions. Among these was the first unitranche sponsor financing deal in Asia, in support of the buyout of Straive, the edtech, research and data solutions firm, by Baring PE Asia.

In aggregate, Huatai has invested over $2.3 billion into private credit strategies within the region. As well as BPEA, it has also worked with sponsors including KKR and Gaw Capital.

The firm completed in Australia the first sponsor-backed unitranche in Asia-Pacific with a built-in ESG ratchet. In the region, it has 50 investment professionals and lent more than $1.6 billion through credit investments over the past 12 months.

Among its deals was the $1.2 billion funding of a large, diversified borrower group in India as part of a consortium. The borrower has interests in construction, real estate, infrastructure, home appliances and shipping. Ares SSG says its pipeline is strong as the banks tighten up their lending activities.

The firm’s Asia Credit unit has committed $1.9 billion across nine private credit deals in the region since 2019. In 2021, it backed four notable deals including the acquisitions of The Executive Center in Singapore and Hong Kong, and Vini Cosmetics in India. “The overall Asia credit story is a story of supply and demand, and covid-19 really just accentuated this imbalance,” KKR partner and head of Asia credit Brian Dillard told PDI. “For firms like KKR, who are committed to the region, we see big opportunity.”

By the end of November, Värde had invested more than $1.5 billion in the Asia-Pacific region during the year across strategies including distressed, special situations and other opportunistic deals. The firm has around 50 professionals in the region and in 2021 achieved the milestone of $2 billion invested in India since inception.

The firm says it currently sees scope for growth in Australia, Indonesia, Singapore, China and India. It deploys a flexible investment strategy based on the opportunities presented by a structural deficit in the supply of credit as well as dislocations created by covid-19.

In the year to November 2021, the firm deployed $720 million of risk capital, mainly in the form of structured and alternative financings to real estate-related equity sponsors and developers. Its deals included a junior financing and redeemable convertible preference shares to fund the development of Taipei’s second-tallest tower, as well as junior project debt to refinance the construction debt of a luxury residential development in Seoul’s central business district for Gaw Capital, the Asian PE real estate fund.

An experienced builder of infrastructure platforms on a global basis, the Swiss private markets specialist teamed with conglomerate Aboitiz Group in April 2012 to build and operate telecommunications towers in the Philippines through the Unity Digital Infrastructure platform.

The volume of data traffic in the country is forecast to grow at a 45 percent compound annual growth rate until 2025. In its Private Markets Outlook 2021, Partners Group said it looks to build core and/or development data centre opportunities in Asia-Pacific due to their high availability compared with mature markets.

The firm was lead investor of the $500 million unitranche acquisition financing for Baring PE Asia in its acquisition of the edtech solutions, research, content and data solutions provider.

The deal was the first such financing for an Asian company, with LBOs traditionally the domain of the banks. The deal was also notable for its proprietary sourcing, speed of execution and inclusion of various positive ESG impacts.

The target was sold to BPEA in 2021 after four years of ownership by Partners Group.

The secured lending strategy, Ares SSG Secured Lending Opportunities, held a final close on its third fund in July 2021 at more than $1.6 billion, beating its $1.5 billion target. The fund is thought to be the largest lending fund raised in Asia-Pacific to date.

In all, Ares SSG had almost $8 billion of assets under management at the end of September last year across direct lending and special situations/distressed.

The firm has raised more than $2.5 billion for its secured lending opportunities series since inception in 2015.

With more than 140 professionals in Hong Kong, Beijing and Shanghai, the firm completed a long list of notable mandates in 2021 including advising a committee of bondholders of the China Evergrande Group; advising Baring Private Equity Asia on the debt finance for its acquisition of a services-related healthcare business process management unit; and advising Ares SSG on the $1.6 billion closing of its Secured Lending Opportunities III fund.

The firm also advised OCP Asia on the closing of its Fund IV at $643 million in commitments.

Evercore PFG had held final closes on 17 funds as of November 2021, representing more than $33 billion of capital. In March 2021, it held a final close on OCP Asia Fund IV, an Asian secured direct lending fund, for a total amount of $643 million.

The capital was raised from a diverse, global group of institutional investors including public and private pension funds, endowments, insurance companies, asset managers, family offices and funds of funds across North America, Europe and Asia-Pacific.

Temasek Holdings was Asia-Pacific’s leading investor in private debt funds in 2021, according to our latest Global Investor 30 ranking, and ranked 10th globally with a 4 percent private debt allocation worth more than $11.5 billion.

The organisation is understood to have a target return for private debt in the mid to high teens, which helps guide its choice of strategies, assets and managers. Also in 2021, the firm launched a sustainable Asian infrastructure credit joint venture with HSBC.

Speciality Finance Lender of the Year

The Singapore-based firm represents an unusual combination of non-bank lending and public markets as an originator of loans secured against Asian-listed equities. Since 2020, it has found demand for its services increasing as financial institutions in the region have tightened their credit activities.

“At the moment there is no other existing fund in the market that specialises in stock financing the way we do,” Charismatic founder Lam Ching Ching claimed in an interview with Private Debt Investor last year.

The two firms launched a $150 million Singapore-based partnership to provide debt finance for sustainable infrastructure projects. Initially focusing on Southeast Asia, it backs projects addressing the challenges of climate change. The two firms hope to scale the platform up to $1 billion of loans in the next five years.

The platform is supported by the Asian Development Bank and debt financier Clifford Capital Holdings and uses internationally recognised ESG best practices to measure sustainability outcomes for the loans it provides.