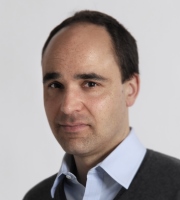 Having so long been a minority interest in private markets dominated by private equity, ‘sponsorless’ lending funds have now emerged as a mainstream option for LPs. Managers providing credit direct to firms without a private equity sponsor should soon shake off the negative-passive ‘sponsorless’ tag and be known as the true ‘direct lenders’. Meanwhile, several new market factors will converge to accelerate the visibility and growth of direct corporate lending among LPs.

Two leading mid-market lenders, Beechbrook in Europe and Golub Capital in the US, have now each launched pure play sponsorless strategies. Beechrook, previously known for its funds backing European small buyouts, hired Lloyds Bank veteran John Herbert to institute a separate sponsorless business within the group. The team has just raised its first £150 million ($186 million; €188 million) fund from European LPs and is deploying at first in the UK only. Golub launched its first pure sponsorless strategy in 2015. To varying degrees, both firms see the growth credit strategy as a separate and differently-resourced strategy rather than as an add-on to sponsored businesses or a ‘nice to have’. LPs will have noticed this.

Sponsorless direct lending to firms with less than $25 million in EBITDA has been a successful strategy in the US since the 1990s. The US government’s SBIC programme was highly supportive in providing credit lines to direct lenders in the sector to boost their firepower and returns to their investors. Several firms therefore did not need to go to LPs in Europe offering direct lending funds but are now doing so. Capitala, based in Charlotte, North Carolina and Harbert Management’s sponsorless mezzanine programme run from Nashville have each run several successful funds since the early 2000s. They are now for the first time offering more traditional LP-oriented unlevered funds globally, and are showing good track records through the mini-crisis of 2002 and the global financial crisis. This should certainly increase international LPs’ confidence that the strategy works.

One of the most significant developments in the entire private markets complex is the arrival of the market-place lenders. Data-led platforms such as ThinCats, Market Invoice and Funding Circle are providing loans of less than $250,000 to tens of thousands of SMEs.
Global LPs are now hearing solid arguments from these ‘Direct Lending 2.0’ players in favour of their own take on sponsorless credit. Shorter-term loans, highly granular pools and relatively high cash yields are just three of the highlights they would cite. Some bellwether US and UK pensions are already allocating sizeable commitments to the sector for these reasons. The biggest platforms, such is their origination power, can now raise funds up to $1 billion in size. This finally offers the sovereign wealth funds and larger global pensions a real option to allocate to SME credit.

Private equity fundraising is going like gang-busters again. But in the process, global LPs are hearing from mid-market buyout firms about a highly accommodative debt market. The more sponsors talk about the liquidity they are getting, the more crossover alternatives investors will start to see the credit provider for high-price, big-leverage deals as a potential ‘fool in the room’. The average LP who invests across the spectrum could conclude that they would rather do credit in the less crowded sponsorless space and stick to the equity in buyouts.

Despite these factors, there are still constraints for larger LPs looking to allocate in earnest to sponsorless funds. Global LPs looking at mid-market pure plays don’t have an active fund of funds sector to invest through. If your ticket size is $200 million or above, you are going to eat a whole pure play fund in one or two gulps. But a big specialist credit fund of funds of $2 billion-$3 billion which allocates to specialist lenders can now choose from a variety of strong national pure-plays. It is likely that one or two fund of funds will now emerge, arranged by large asset managers looking to do more in private markets. When this happens, as it did in the early stages of private equity, the direct lending asset class will have arrived in its own right, whatever the cycle.