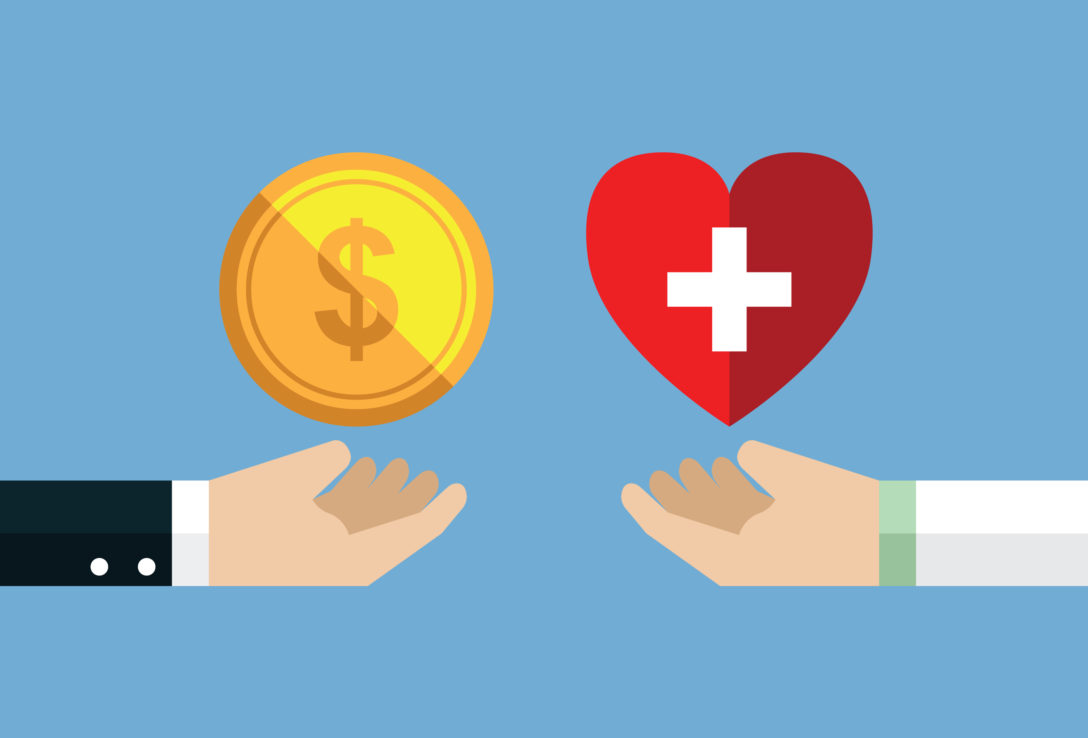 The persistent low interest rates between the global financial crisis and the pandemic have certainly pushed a lot of investors towards portfolio diversification. One of the results of this pressure was a move into healthcare royalties on the part of private market investors, including private debt investors.

Garheng Kong, founder and managing partner at HealthQuest Capital, explains the chief positive feature of the income stream from a royalty this way: it is not as sensitive to risks that other investments are prone, such as “whether or not a company has a lot of liabilities on its balance sheet”. It isn’t as sensitive as other strategies as to whether it “required $100 million or $1 billion to get a product to market”. The loan is secured by the intellectual property, not by the company, and the loans have been priced to generate low- to mid-teen returns.

Related to this, royalties “are a great way to bridge valuation discussions”, Kong says. They are akin in this respect to a contingent value right.

In the event of a default, structured royalty lending is in effect senior secured debt, so the lenders are well protected against capital loss. Negotiated provisions of the loans can also include financial covenants that allow risk to be monitored, guaranteed minimum payments and the isolation of key assets in a special purpose vehicle to make them bankruptcy remote.

And, as with much other private lending, the rates float. The metric for the float has shifted of late from LIBOR to SOFR.

Such deals are available because small biotech companies have strong incentives to borrow money against their IP – typically patents that have a 20-year run from the date of filing – to raise funds. The IP is often the most valuable item on the balance sheet. They may be cash poor; the process of sponsoring new inventions from idea to marketplace is expensive.

A close kin of a royalty is a structured credit investment, which allows for benefit on the upside. These typically include warrants that allow lenders to take advantage of a surge in equity value should a particular device or solution turn out to be the ‘next big thing’.

Due diligence on the creation of a royalties debt deal involves, among other things: a deep understanding of clinical developments in the pertinent subsector; an understanding of the prevalence of unmet medical needs; and a grasp of the safety profile of the particular product. All those points entail the ability of the investing institution to draw on a high level of biomedical expertise.

A key decision that a lender must make, in deciding on a royalty deal involving a new pharmaceutical product, is whether to ink the deal before the regulatory approval process is complete.

In the US, there are four phases of trial involved. Phase one tests the drug under investigation on a small number of volunteers (typically between 20 and 100) usually over several months, and any adverse effects are noted.

About 70 percent of drugs tested in this way are deemed safe and move on to phase two. Phase two tests a larger sample group of patients with the disease or condition at issue. It continues over a longer period and looks not merely to safety but to efficacy: the impact of the drug on the treatment. Only about 33 percent of the tested drugs move from here to the final phases.

Consider then the due diligence that must go into a decision to invest in a drug that is between phases two and three. The rigours of such a process, along with other issues, may have kept many alternative lenders out of this picture.

In the words of one close observer of the world of private debt who asked not to be named: “There are only a handful of industries that lend themselves to royalty arrangements. Healthcare is one of them. Oil and gas is another. Music and entertainment is a third. There may be others in high-tech fields.”

The appeal of such arrangements is limited because such deals come with considerable baggage from the point of view of portfolio firms. As the same observer says: “With each sale, a fixed percentage of revenue or payment goes out the door. From a corporate perspective, this means that the cost of capital increases as the company grows: not something managers desire.”

In other words, the deal universe is limited. The very features that make royalty deals attractive to those lenders who can pass the barriers to entry can also make the deals deeply unattractive to those who would have to be willing to borrow on those terms.

Kong has other issues in mind when he speaks of the negatives that balance out the positives of such deals. The first, in his mind, is that it takes so long before the cheques start arriving. In the medtech and biotech fields specifically “you can create a lot of value before you are adopted” but you need a security, not a royalty, to capture that.

Yet another important minus for royalties, also raised by Kong, is that “you don’t get as much influence on how the company operates”. Equity holders can vote. Bondholders can have more informal channels of communication. But product royalties are for investors, typically, who are willing to be passive.

Are such considerations keeping royalty financing within its niche?

In terms specifically of HealthQuest it has not yet involved itself in royalty financing. Kong himself, though, was involved in such deals prior to founding HealthQuest in 2013, and says that other members of his team have done so as well.

In terms of the near future, the market will determine whether the royalties niche for private debt funding of receptive industries will expand. A lot of market participants seem undecided about whether they will move into royalties.

Tony Schell, for example, managing director of Escalate Capital Partners, says only: “Escalate Capital has not historically considered royalty-based financings. That’s not to say we won’t consider such an approach in the future, but for now, it’s not something we are contemplating.”

The role of the small biotechs

A reader might wonder: why are these small biotech companies in need of financing for their innovations? Isn’t the pharmaceutical world dominated by giant, and quite financially secure, corporations?

The answer to that is: since the turn of the millennium the pharma giants have been farming out the work of innovation. As BlackRock vice-president Matthew Rubino explains, between 2002 and 2016, the percentage of new drugs at the 10 largest US pharmaceutical companies created by external developers rose from 16 percent to 70 percent.

But for a fund manager to enter into such a deal, either a royalty or a structured credit investment in drug innovation, is no small thing. There are significant barriers to entry. As a report by the Investments and Wealth Institute states, a manager needs a “strong, established network to source opportunities, as well as the ability to understand the complexities of a deal from both a scientific and financial standpoint”. This has largely kept traditional Wall Street lenders out of the picture.