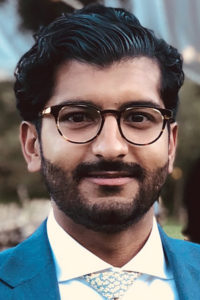 Jaspinder Kanwal has helped his clients raise billions in new capital over the past decade, including private placements across a range of industries, collateral profiles and legal jurisdictions. Since joining Jefferies in 2011 as an analyst in the restructuring group, he has worked his way up the ranks, most recently leading an effort on private placements of hybrid capital, including equity-linked secured debt, structured equity, and preferred equity.

His recent private capital experience includes advising clients on the structuring and placement of $80 million of convertible preferred equity for Redwire Corporation and a $145 million IP-backed term loan for an industrial 3D printing solutions manufacturer in 2022, as well as $300 million in credit facilities for Horizon Global Corporation in 2021 and 2020. 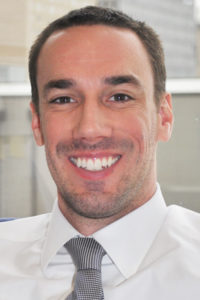 For the past six years Gregory Kasten has been a key member of the team at the Maryland State Retirement and Pension System, a $70 billion public pension plan that invests across public equity and credit, absolute return hedge funds and alternative investments (real estate, infrastructure, private equity, private debt, etc).

Since starting as a senior investment analyst in 2016, he has been promoted twice and is currently a managing director with oversight of the $5.5 billion absolute return allocation, of which $370 million is dedicated to private funds. In addition to the three-person absolute return team, Kasten has also expanded his managerial role to build out the risk team, which now consists of three team members. 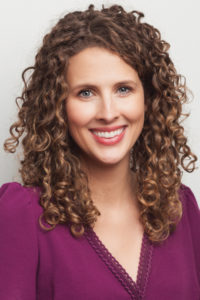 Laura Keffer joined Principal Alternative Credit’s direct lending group in 2021 as a director to lead the Chicago underwriting team. She has recruited underwriters to build out Principal’s Chicago office, including several hires that have enhanced the diversity of Principal’s team.

Furthermore, she has led multiple innovative transactions, including providing capital to support a growth investment from Align Capital in We Are Rosie, a flexible talent marketplace for digital marketing positions focusing on diverse freelancers.

Additionally, she led Principal’s investment in American Nuts in support of its add-on acquisition of DSD Merchandisers, a Gauge Capital portfolio company. Peers say her extensive knowledge of the food and consumer sector provided valuable insights in a complicated transaction. 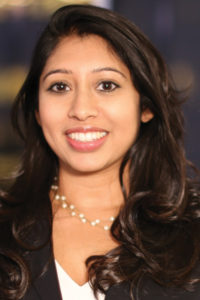 Shamafa Khan joined Crayhill Capital, a minority-owned asset manager focused on asset-based private credit, in 2017 to lead its marketing and IR efforts. She has been instrumental in the development of Crayhill, which has grown 7x in AUM to $2 billion while also growing an LP base that spans pension funds, insurance companies, endowments and foundations, and multifamily offices. Khan is a strong advocate for Crayhill’s focus on esoteric asset-based private credit and speciality finance strategies. 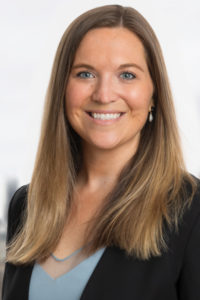 Jean King began her career at GE Corporate as an analyst in its financial management programme, developing key technical skills that positioned her to transition to an investment-focused position at Antares in 2014. King spent seven years at Antares, where she gained deep experience in credit underwriting and sponsor coverage. Since joining OHA in March 2021, King has played an integral role in the expansion of the firm’s private credit business, with coverage responsibility for many of its most important sponsor relationships. 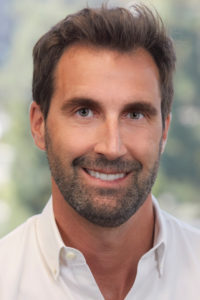 Chris Lahoud is focused primarily on opportunistic credit and restructurings and co-leads the firm’s US corporate credit research. He is responsible for some of Apollo’s most high-profile and complex credit investments, which require significant knowledge of companies, industries, capital structures, and recapitalisation and restructuring processes. One recent transaction that Lahoud led was Hertz, where he was involved in every investment Apollo made throughout Hertz’s bankruptcy process, including becoming its largest first-lien lender, leading its DIP financing and providing a $4 billion ABS DIP. 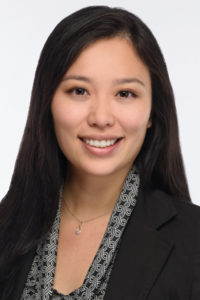 Since joining MidOcean in 2020, peers say Opal Leung has quickly proven herself as a rising leader, establishing herself through hard work, unique insights and active engagement. They say she demonstrates agility, expertise and focus as lead long/short coverage across the capital structure in one of MidOcean’s largest and most complex sectors: technology, media and telecom. Her range of deals spans credits across the risk spectrum, depending on the opportunity set.

Throughout her tenure, she has risen to multiple challenges, and taken the lead on bridging and growing exposure in both the public and private markets as well as building relationships with sponsors and syndicates. She has helped the MidOcean team build out material positions. 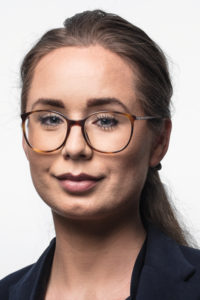 Through her dedicated work during the past three years in exploring the credit viability of land-based aquaculture farming, Jaqueline Lindmark’s efforts have directly contributed to the financing of two large land-based aquaculture farming projects for a total of €150 million, in an industry that had up until now only been funded by equity, government grants and local banks. 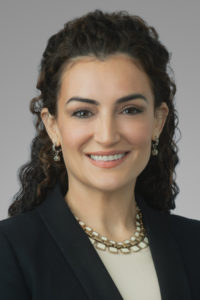 After credit fund experts Sean Hill and Stephanie Berdik joined Kirkland from Proskauer, they enlisted Kate Luarasi as one of the early founders to take an important role in Kirkland’s rapidly growing credit fund practice. Since she joined Kirkland in 2019, Luarasi has become instrumental in building Kirkland’s credit funds platform and providing a considerable roster of credit fund clients with strategic advisory services.

A seasoned partner with extensive experience of leading private credit transactions and a passion for the private credit asset class, she has a unique role within Kirkland’s Investment Fund Group: a large portion of her practice is dedicated to managing Kirkland’s global credit funds practice, combining fund formation, transactions, strategy and business development. 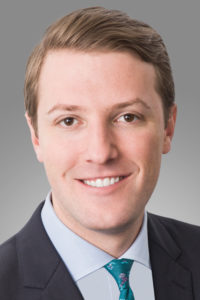 Chris Lund plays a significant role in the senior leadership group at Monroe and helps to manage combined capital of over $7.5 billion in the firm’s direct lending investing vehicles including commingled funds, separately managed accounts and SBIC funds.

He has been integral in the creation, structuring and fundraising of various investment products including the most recent Monroe flagship fund, Monroe Capital Private Credit Fund IV, with over $4.8 billion of investable capital, including targeted fund leverage and separately managed accounts investing alongside the fund.

His fundraising responsibilities include presentations to investment committees and boards of North American investors and, recently, non-US investors. Lund also helped deploy more than $6 billion in commitments in 2021 alone at Monroe. 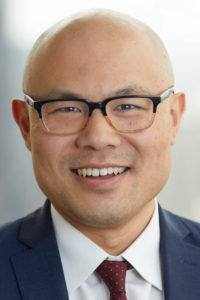 Anthony Ma oversees underwriting and portfolio management for PGIM Private Capital’s global direct lending strategy. He has more than 13 years’ experience in private credit, having begun his career as an analyst with PPC, based in San Francisco. Ma then moved to KKR Credit, where he helped build its London presence, and then spent three years at Brightwood Capital Advisors to assist in establishing its Los Angeles presence.

Ma returned to PPC in 2019, where he has helped to develop and establish its direct lending strategy, operations and underwriting. He played a key role in the successful close of its inaugural direct lending fund. Ma has also helped to build PPC’s origination network and expertise in individual geographic markets. 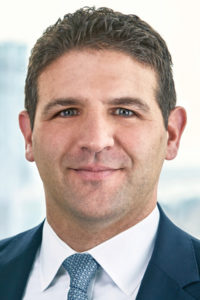 Since joining Carlyle in 2015, Brian Marcus has played a key role in the investment management and platform development sides of Carlyle’s $143 billion Global Credit business, as evidenced by his promotion to both managing director and portfolio manager during that period. He has led several of Carlyle’s strategic efforts to introduce and develop a suite of cross-platform and separately managed accounts.

He formally heads all cross-platform account activities and serves as the principal executive officer and president of Carlyle’s Tactical Private Credit Fund, a continuously offered, unlisted closed-end investment company that is structured as an interval fund. Under Marcus, the fund has grown from $250 million under management in 2020 to approximately $2 billion. 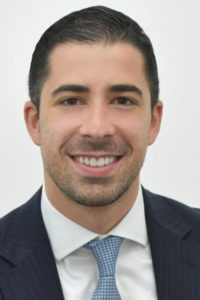 Since joining AllianzGI, he has been an integral member of the team, with peers saying he has demonstrated levels of competence and expertise in excess of expectations, gaining the confidence of senior team members. As a result, he has been given responsibility for deals including leading investment negotiations in various sectors including energy and midstream in both the US and Latin America, totalling $988 million. His deals have included Chacao+, a portfolio of renewable and conventional assets in Chile. 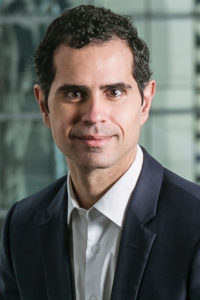 Mucio Mattos was named managing partner at Brazilian asset manager Vectis at the age of 28 and helped create the company from scratch, leading its growth in the Brazilian capital markets. Mattos was responsible for overseeing Vectis’s structuring department as the company managed to do over 1.3 billion reais ($250 million; $250 million) in fixed income transactions and raised 1.8 billion reais in funds.

Prior to joining Vectis as partner, Mattos worked for five years at Credit Suisse in the fixed income division, where he was responsible for leading the execution of structured fixed income transactions (high-yield loans, bonds, notes, debentures, Export Prepayment Agreements, ACC/ACE, swaps, options, FIDCs, securitisation among others). 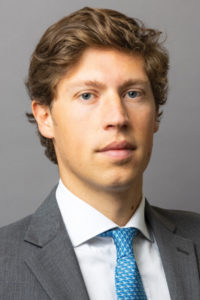 Within Tikehau Capital’s private debt team, Paolo Morrone leads the direct lending business in the UK and is responsible for steering, originating and executing UK-based investments. He joined the team as an analyst in 2016. In less than three years, after quickly establishing himself as a key member of the team, he was promoted to vice-president, and since late 2020 has been leading the group’s direct lending business in the UK.

He has played a vital role in expanding the firm’s footprint in the UK and other geographies, as well as taking an active role in the deployment and fundraising of the third, fourth and fifth generation of Tikehau’s direct lending vintages. He has also gained significant experience across verticals and geographies – including in Italy, Spain, Germany and France. 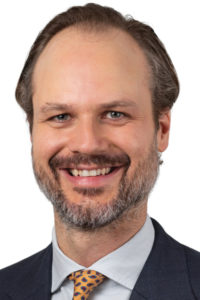 Martin Munte joined the 17Capital investor relations team in April 2020, as he believed in the growth potential of net asset value finance and its superiority to other private lending strategies. He had an immediate impact by leading the charge on, the Preferred Equity Fund 5 raise.

He brought senior experience and relationships, making Fund 5 17Capital’s largest fundraise to date, closing with nearly $3 billion – above the initial hard-cap – with more than 30 percent of new LPs brought on board by Munte within less than a year of his arrival. This convinced the founders to promote him to lead IR and fundraising for 17Capital across the EMEA region.