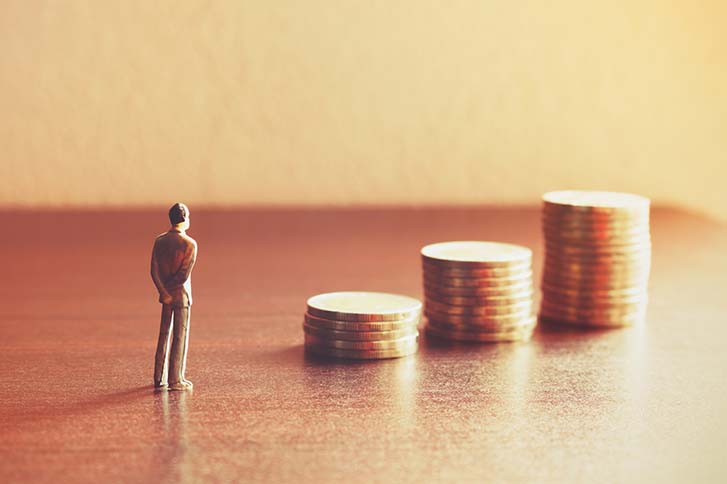 This article is sponsored by Funding Circle

The mid-market direct lending fund, which lends to private equity-backed businesses, has very much become the vanilla flavour of private debt. While other strategies have explored industry specialisms, real assets or distressed, it may now be time to revisit how direct lending itself can also offer a source of diversity by focusing on businesses that have traditionally fallen under the radar of conventional private debt funds.

Funding Circle, a global small business loans platform, has recently launched two funds that provide institutional investors with exposure to private lending to small businesses, a sector that has not historically been easily accessible to them. The lending platform has been active in SME lending since its foundation in 2010 and believes there is demand among institutions, including pension funds and insurance companies, to diversify their direct lending investments beyond the classic private debt offering.

Mid-market corporate debt is widely available and Funding Circle wants to offer the institutional investment community a complementary but differentiated offering: a diversified portfolio of smaller corporate loans with an equally high yield but much shorter duration, and in the closed-ended fund wrapper they are comfortable with.

While a typical direct lending fund might make loans of between £20 million ($25 million; €22 million) and £400 million, the SME lending space is typically looking at much smaller loans of about £70,000, though with many more loans in the portfolio.

In a mid-market fund, investors get access to between 10 and 40 loans, so there is little granularity. There is a concentration risk: when you have only a small number of loans, if one or two go bad then it can start to have a significant impact on performance.

Small businesses are offered shorter-term loans which are fully amortising and repay principal and interest each month. The resulting portfolios therefore have an average duration of less than two years compared to the five years plus that is common in the mid-market space. This means loans are turned over more often and the capital can be reinvested in new loans which can also be at a higher interest rate if rates increase, or with tighter lending criteria if market conditions worsen.

Making large numbers of smaller loans carries another benefit, namely that the SME lending space is not plagued by the weakening of terms and covenants seen in the mid-market, where covenant-lite and even deals with no enforceable covenants are becoming commonplace. On the contrary, loans are often secured against personal guarantees and their average size is low enough that an individual business owner could pay the loan back in the event that their company went out of business with no recoverable assets.

However, these businesses are not necessarily more risky than mid-market companies. The average business that accesses finance through Funding Circle’s platform is established and has been trading for approximately nine years, has a turnover of £800,000 per annum and employs six people. These are often family-run or local businesses that are the beating heart of our economy; they are the S in SME. While they might be small and their funding needs may be modest, this is not venture debt and the risk profile is much more conservative.

The differences go further as the underwriting process for this sort of lending requires a different approach to mid-market corporate loans. This means many of the issues facing mid-market private equity lending do not apply. Rather than negotiating each deal individually in the high-touch manner that is often seen in mid-market funds, Funding Circle’s documentation is standardised, which gives the firm a lot more control. It also takes a data-driven approach: by combining proprietary risk models with advanced analytics and cutting-edge technology it is be able to credit assess these loans much more quickly.

For the sake of diversification, the profile of typical SMEs can also differ quite significantly from mid-market companies and help smooth out the impact of certain shocks to markets. One area of particular concern for investors in UK companies is Brexit, currently due to take place on 31 October and with no formal deal yet agreed between the UK and the EU. The impact of leaving without a deal could hit larger firms which are reliant on international trade and marketing products in the EU as a major revenue stream.

Small businesses are much more local in nature and less likely to be affected by international trade dynamics, though they are of course still influenced by macroeconomic issues. The potential for Brexit to cause problems for larger companies on both sides of the English Channel that rely on the smooth operation of export markets within the EU means that investing in smaller businesses that are less likely to be impacted could help hedge against the difficulty to quantify risks that Brexit currently presents.

Managing such a larger number of investments is one of the major challenges in the SME lending space and may explain why, so far, few have dared to offer institutional investors the chance to invest in thousands of smaller loans.

Technology and consistent standards are the key ways to be able to manage such a granular portfolio. Funding Circle’s technology platform has been built from scratch and has none of the legacy issues the larger banks have, which means it is able to process nearly a million transactions every day.

In many ways the closed-ended fund structure is the most traditional and low-tech part of what Funding Circle is doing. It is a vehicle that institutional investors will be very familiar with, but Funding Circle has access to the full technology and analytics platform that it uses on all its other investment vehicles.

A final characteristic of the SME lending market that may be of interest to institutions is the sheer scale of the opportunity available. In the UK, SMEs make up 50 percent of GDP and provide the majority of jobs in the country. But their usual sources of funding have all but dried up in the years since the global financial crisis.

While banks were once the main lenders to small businesses, the crisis itself and subsequent regulation have driven many to withdraw from lending to this segment, resulting in a worsening financing situation for smaller companies. Figures from the Bank of England show that net bank lending to SMEs in 2018 was just £518 million, down from an average of £2 billion per year over the previous three years, while net lending through the Funding Circle platform alone was £723 million.

But while banks withdraw their funding, there are a growing number of SMEs active in the UK economy – up 5 percent over the past three years and employing 4 percent more people than in 2015.

This mismatch in the number of SMEs being created and the reduction in bank funding means the opportunity for investors could be far larger than the one for more typical, mid-market private debt.