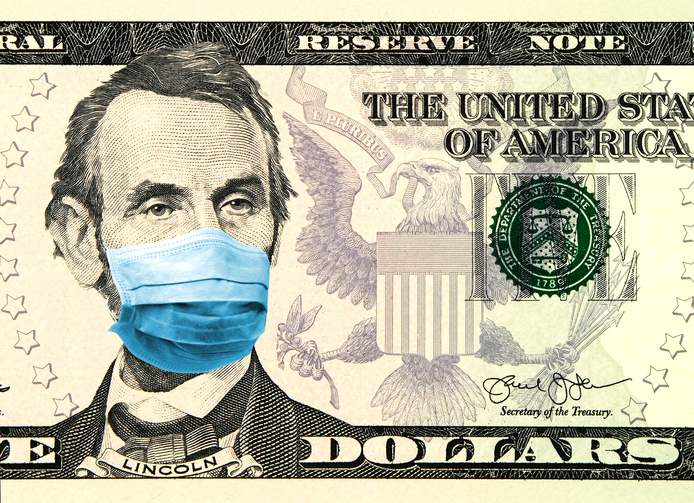 Amid all the pain that the coronavirus has inflicted on markets both public and private, to say nothing of its human cost, the turmoil is likely to present an opportunity at some point for a well-capitalised part of the private lending world: distressed debt.

“If you’re a bankruptcy lawyer, you’re smiling right now,” said David Rosenberg, chief economist and strategist at Rosenberg Research in Toronto. “That’s where the bull market is going to be.”

Private lenders appear to be well-positioned to take advantage of this market. “Distressed investors have raised a huge amount of dry powder in anticipation of a downturn,” said Aaron Javian, a partner in the financial industry group at law firm Reed Smith. Indeed, according to Private Debt Investor research, closed-end distressed debt funds raised $52.95 billion in 2019, the third-largest such fundraising since 2008.

As of 30 June 2019, private debt funds were sitting on $273 billion of dry powder, noted Kristopher Ring, a partner at law firm Goodwin Procter. He said that Oaktree Capital Management has raised nearly $9 billion for its Opportunities Fund Xb, and Apollo Global Management, which closed its Investment Fund IX on $24.7 billion in 2017, is intending to devote a large chunk of that to distressed debt.

Given that Javian expects a “significant liquidity crunch”, the economic fallout from the coronavirus pandemic and the energy shock “will present distressed investors with an opportunity well beyond what was expected last year”.

Of course, timing is everything, and there’s great uncertainty about how the virus, and its economic effects, will play out. It is likely that the outbreak in the US and Europe will get worse before it gets better, particularly because it wasn’t contained early on. Although the US and other governments only now are taking aggressive measures, the reality is that people who weren’t symptomatic were walking around with the virus for some time before these steps were taken, and the paucity of tests has made it difficult to identify how many people have become sick.

In addition, a highly leveraged global economy is weathering a severe oil shock. Rosenberg noted that the US deficit is already 5 percent of GDP, a level that he said has never been so high at this stage of the economic cycle. Moreover, he pointed out that going into the crisis, global GDP growth was at its lowest level since 2009, and one-third of the global economy was entering a contraction. Consequently, Rosenberg sees a hard landing, with a “swift and severe recession starting in the next several months”. In the last cycle, real GDP did not retest the level it would have achieved barring the negative shock until the fourth quarter of 2017, eight years after the financial crisis began.

“We don’t know whether the epidemic will end with the summer or if it will spill over to the fall and winter,” said Alessandro Rebucci, associate professor of finance and economics at Johns Hopkins Carey Business School. He also expects a recession, but one that will be longer and deeper than the average length of four quarters, because of the supply chain and international components. As for private markets, he said: “They are more vulnerable than public ones as they don’t have backup mechanisms.” Nevertheless, he acknowledges that “opportunities will emerge for deep-pocketed and liquid investors”.

Given all the uncertainty, most managers are waiting on the sidelines. “How do they avoid catching a falling knife when they see no timeline for recoveries?” said James Newsome of private markets transaction hub Arbour Global. Javian agrees. As for new loans, “it’s a bad time if you’re an unfortunate company whose debt happens to be maturing now,” he said. The question for lenders, he noted, is to what extent liquidity issues will start to trigger concerns under credit documents, which are very loose.

“Many performing loans may become distressed, especially for highly-leveraged companies, due to declines in future cashflows and corresponding declines in value resulting from the impact of covid-19,” said Cindy Ma, managing director, global head of portfolio valuation and fund advisory services at Houlihan Lokey. However, she added that “we have learned from 2008 and 2009 that it is critical to distinguish market illiquidity from financial distress”.

Unlike the financial crisis of 2008 and 2009, “Blackstone and Carlyle have instructed their portfolio companies to draw on their revolver credit lines,” said Chris Taylor, CEO of Madison Capital Funding. Although these aren’t unhealthy companies, the lack of confidence in the market is behind the request. Given the uncertainty, PE firms want to ensure the portfolio companies “have a few extra cycles of payroll and can meet working capital needs”.

Art Penn, founder and manager of fund manager PennantPark Investment Advisers, is working off the assumption that a lot of new deals are getting postponed, because it’s hard to commit capital in the current environment. He says his firm has long thought the market was in the later stages of the cycle, and that it has positioned itself to be much more defensive. PennantPark, a mid-market credit platform with more than $3 billion in assets under management, is focused on gathering information on its 135 portfolio companies, in terms of deal business. But Penn notes that even before the crisis, PennantPark was modelling in a recession case in the first year before writing any new loans, and that its loans were written with large equity cushions and low leverage ratios. “We think we are as well-positioned as we could possibly be, although none of us has ever seen a health scare like this.”

If the aftermath of the 2008 global financial crisis is any guide, Penn said, “the deals you do coming out of a downturn are very good deals”.  He notes that PennantPark got its start in 2007, and that the firm didn’t write any new loans for six months after the great recession began in September 2008. “The question non-bank lenders confront is: is now a time they need to start selling their portfolio of loans. That’s when you’ll see the big distressed managers buy up.”

UBS Global Wealth Management’s chief investment officer Mark Haefele agrees. “Historically, the best vintages for private equity firms have often coincided with dislocations in public markets,” he wrote in a note earlier this month. “Opportunities for funds specialising in turnaround and distressed situations are likely to increase the longer the disruption continues”.

Goodwin’s Ring said that despite the market turmoil, “some private lenders will continue to lend because they want to be in the pipeline for the strong private equity firms, especially with industries such as software, other tech and healthcare.” He’s spoken to some players who already are looking for bargains in the secondary market. Indeed, the price of debt has fallen from 97 cents on the dollar at the start of the year to 91 cents as of 9 March, its lowest mark in four years. That day, the S&P/LSTA Leveraged Loan Index returned -2.73 percent, the second-largest single-day decline in the index’s history, just behind the -2.90 percent return on 10 October 2008, at the height of the financial crisis.

Derek Ladgenski, a commercial finance partner at law firm Katten Muchin, said the majority of mid-market deals are still rolling on. His private lending clients, who are well-capitalised, are seeing a number of borrowers making unexpected draw requests, but none of them for immediate cash needs.

That said, Rosenberg, the economist, said, “There’s a tremendous amount of leverage in the private debt and equity markets”, which he calls “basically illiquid”. Ultimately, he said, “You get forced asset sales, where the assets in the weak arms are transferred to strong arms.”