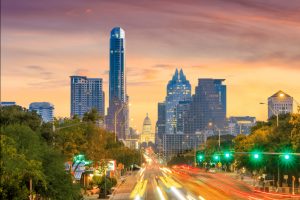 Vista Equity Partners collected around $700 million for its third credit fund that is targeting up to $2 billion, two people with knowledge of the firm told sister publication Buyouts.

Vista Credit Opportunities Fund III was set to hold a first close as of early October, sources said, though it’s not clear if that has happened yet.

Alan Fleischmann, spokesman for Vista, did not respond to a request for comment.

It’s not clear how much Vista raised for its debut credit fund. The fund had collected about $196 million on an initial goal of $600 million in 2013, according to a Form D filing with the SEC.

The credit opportunities funds invest in primary and secondary loans in the private software debt market. The funds invest in companies Vista controls as well as those outside of the firm’s portfolio, according to Vista’s Form ADV.

Vista’s credit funds are led by Kristine Jurczyk and Joshua Niedner. Jurczyk joined Vista in 2013 from GE Antares and Niedner joined in 2015 after working at Madison Capital Funding. Vista’s overall credit platform is led by David Flannery, who joined the firm in 2018 from Blackstone’s GSO Capital Partners.

The firm is also in market with its next middle market fund, targeting $3.25 billion, Buyouts previously reported. Vista Foundation Fund IV, which has no cap yet, could raise upwards of $4.5 billion by the time fundraising closes, sources told Buyouts.