In a report published towards the end of last year, law firm Baker McKenzie predicted a 25 percent drop in merger and acquisition deals in 2020 as a result of “ongoing worldwide economic uncertainty and the risk of global recession”.

What this report did not consider, of course, was the sudden arrival of a new virus that would spread globally, generating anxiety in populations and potentially doing considerable damage to businesses in a wide range of sectors. At the time, some may have accused Baker McKenzie of being excessively gloomy. Fast forward to March 2020, and they may turn out to have been overly optimistic.

Past experience strongly suggests that, in a downturn, merger and acquisition activity falls markedly. For direct lenders, which rely on private equity-sponsored deals for much of their dealflow (in Europe, it’s around 80 percent), this is no small matter.

Covid-19 aside, they may already have been wondering how sustainable the private equity boom will prove to be, bearing in mind ever-increasing competition and recent surveys, such as one from Bain & Company and academic Josh Lerner. It indicated that US private equity may have been outperformed by the S&P 500 over a 10-year period.

But where to look in an effort to keep deployment of capital chugging along at a level that will keep investors happy? For many GPs, the spotlight will naturally fall on the sponsorless market. Downturns are normally accompanied by bank retrenchment. Funds may be able to gain more market share at their expense as SMEs buffeted by economic headwinds become more receptive to alternative sources of capital.

For those operating at the upper end of the market, investing some of the capital in the public sphere may be feasible. London-based manager AlbaCore, for example, which recently raised its second €1.5 billion fund, has been an active participant in debt packages for large listed companies such as second-hand car dealer BCA and Stonegate Pubs.

AlbaCore has always had a balance between private and public market activity. For others, putting such a capability in place from scratch would not be straightforward – but we do hear anecdotal reports of firms seeking to put public market optionality into their next fundraising efforts.

Of course, if there does prove to be a significant recession, distressed investors will be waiting in the wings. There has been a lot of attention paid to distressed fundraising, which last year accounted for the biggest chunk of capital raised for private debt. With scant dealflow up to now, it may have seemed like a rash move. Perhaps it was inspired.

We are seeking your help to ensure the ranking is as accurate as possible: to be considered for the ranking, please email Muhammad Obaid, Research Associate: muhammad.o@peimedia.com 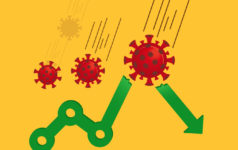 Venture debt will surf, not drown, in covid-19’s wake 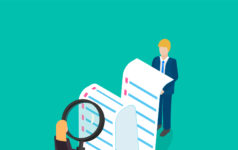