Private debt funds have managed to defend and increase their market share versus banks in all the major European lending markets after demonstrating the advantages of their model during the covid crisis.

Figures published by investment bank GCA Altium in its latest MidCapMonitor report show financing activity continued to be very strong in the second quarter of 2021, with 95 unitranche transactions closing across the continent, a 121 percent increase on the covid-impacted same period a year ago. In the UK, the most active unitranche geography in Europe, debt funds accounted for 71 percent of the unitranche market in the first half of the year, while in Germany, France and the Benelux, market share of credit funds grew to 65 percent, 46 percent and 74 percent, respectively.

Norbert Schmitz, managing director for debt advisory and restructuring at GCA Altium, says: “The first half of this year was really active across Europe with many deals done. Debt funds have increased their market share and the reason for that increased usage is that their pricing has come down but also over the last six months they have benefited from proof of concept.

“Everyone was afraid that in a downturn, the private lenders would take the keys, but they have shown they are not the bad guys. In general, the debt funds behaved very ­commercially through covid and were supportive lenders, which has helped them stay relevant in the market.”

In the past five years, the German market alone has seen debt fund market share against banks increase from a low of 16 percent of senior and unitranche financings in 2016 to 65 percent in the first half of 2021. The market also saw a higher number of transactions close in H1 2021 than in any other H1 ­period since the MidCapMonitor began in 2012.

Across Europe, the rapid growth of direct lending has outstripped the pace of growth of the asset class in the US in the aftermath of the global financial crisis. A report from Saïd Business School – University of Oxford, commissioned by Pemberton Asset Management, shows that global assets under management for direct lending have grown significantly over the past decade, and especially in Europe.

While direct lending in Europe started more recently than in the US and still lags behind that market, in nine of the last 10 years it grew at a higher rate than direct lending in the US. It still needs to grow an additional 50 percent in market size if it is to reach the same level of market penetration as its US counterpart, according to the report.

“In general, the debt funds behaved very commercially through covid and were supportive lenders”

Eric Capp, head of UK at Pemberton, says: “Despite the growing amount of capital supplied by institutional investors, M&A and refinancing activities have been at record levels and deployment by direct lenders has been very strong – in Europe, dry powder as a percentage of AUM stands at 31 percent as of 2020, the lowest level in the last 10 years.

“Continued pressure on European bank profitability also suggests that the banks will continue to withdraw capital from the mid-market and banks may even consolidate, thus opening further opportunities for direct lending growth in Europe. If direct lending can reach a similar market penetration in Europe as in the US, there will be a large untapped potential for future growth.”

There is little doubt the asset class has gained significant ground in the past 18 months, despite a crisis-hit market. Thierry Vallière, head of private debt at Amundi, says: “Private debt is now a relatively large industry in Europe but it is still young, so going through its first real test, from an LP perspective, was probably a good thing. Most lenders went through the crisis without any major issues, and that has helped investors understand the asset class and back up what the GPs are telling them.

“Private debt went through an acid test and the financial documentation worked effectively. In our portfolio, two thirds of companies came back to us with requests on financial covenants, to have new money or to shut down the business for a certain period. The documentation played its role, which is to facilitate that conversation between creditors and the company, and debt funds held close discussions with management and helped them through a difficult period.”

In many markets, the banks found themselves either unwilling or unable to compete with private lenders. Cécile Mayer-Lévi, head of private debt at Tikehau Capital, says: “It has been extremely, extremely busy this year – I have never seen anything like it in my life. The merits of the asset class in its ability to be highly reliable and fast to execute are really important in this kind of market, and those are reasons to go to private debt rather than banks.

“We now have a full team in place in Germany dedicated to private debt, which is quite new to us. From a pricing perspective, that’s a very competitive market and the local banks have always been very active. But to be available during this overloaded period makes a difference, and people were ready to consider private debt funds over the banks because they knew they could deliver certain funds and reliable solutions.”

The increasing focus by private equity sponsors on growth strategies, and particularly creating value through buy-and-build, has handed a further advantage to funds. Schmitz at GCA Altium says: “Over the last two years, buy and build has increased all over Europe, and the key advantage for debt funds is that they can write large cheques to support those.

“Private debt is now a relatively large industry in Europe, but it is still young”

“Banks have reduced their ticket sizes and you now need six banks to do €100 million club deals and that’s cumbersome for private equity firms. On the execution side, the debt funds are very quick on investment decision-making and they’ve become cheaper over the last couple of years.”

Paul Johnson, partner and head of direct lending at Bridgepoint Credit, says the ability to expand alongside sponsors is valuable. “We have definitely seen increased familiarity with direct lending across the private equity community. There’s an awful lot of repeat business from sponsors who have built a level of comfort with the way we operate as a manager. At the same time, there are still regions in Europe where banks are strong, but that’s diminishing quarter-on-quarter and year-on-year.”

He points to the Benelux region as one where banks have historically been strong, but says Bridgepoint’s local presence means it is picking up more deals: “The borrowers are certainly starting to warm to private credit and penetration continues to increase. Many of our private equity clients operate pan-European, so if we have a financial sponsor with a pan-European business looking to acquire a business in the Benelux, that gives us an edge on that deal.”

At Kartesia, founding partner Jaime Prieto says the majority of his firm’s deals are sponsorless, and as such it is the ability to support businesses as they grow across Europe that is driving expansion into new markets. He says: “There’s a lot of focus on growth, largely driven by M&A, where the advantages of a direct lender are more obvious than perhaps in a limited growth environment. Relationships continue to be very important and we have to be able to close deals quickly. Advisers will invite two or three debt funds into a process and having that credibility and deliverability of solutions is key to getting those opportunities.”

Data from Deloitte’s latest Alternative Lender Deal Tracker shows a growing number of growth capital deals in Europe through 2021, with such deals surging from 6 percent of transactions in the first quarter to 13 percent in the second. Leveraged buyouts remained strong and comprised 44 percent of first half deals.

By sector, it was business services and TMT deals that dominated direct lending in the first six months, with both sectors each comprising 22 percent of completed deals in the year to date. Healthcare followed with 18 percent of total deals.

The Benelux region has secured its position as Europe’s fourth largest private debt market in the last few years in part because of the high volume of sponsor-led deals in its strong software, healthcare and technology sectors.

Robert Connold, head of alternative lending in debt advisory at Deloitte, says the challenge going forward will be for private debt to continue increasing penetration: “About 75 percent of the deals in our Deal Tracker are sponsor-backed, and in the UK a lot of the mid-market is now sponsor-backed.

“However, that mid-market across Europe is still largely privately owned by families or founders, so the real question is how the direct lenders source and convert those opportunities. If you can get to know the major European private equity sponsors there is arguably low-hanging fruit, but getting your arms around those sponsorless companies is much more time consuming.”

The current growth momentum may also start to slow going through 2022, changing the demands being placed on lenders. At Duff & Phelps, leader of the European debt advisory practice Jacco Brouwer says: “People have been expecting a wave of restructurings because so much government support has gone into companies across Europe and we are yet to see what will happen when those schemes come to an end.

“There is so much leverage in the system that there will be companies out there that need to refinance, but that hasn’t happened yet. Insolvency levels in the UK are at an all-time low, which is remarkable.

“At the moment, most capital is being deployed in the less cyclical sectors, but the question is whether mainstream funds are going to have appetite for those sectors more impacted by covid when the time comes. Coming out of the pandemic there will be banks and funds with companies in their portfolios who have high levels of leverage and may need more capital to grow, but the appetite may not be there. I can see situations where existing lenders will no longer be supportive and borrowers will need to go to market for more expensive pools of capital.”

Those issues may be particularly acute in economies most heavily hit by covid, such as those with a heavy reliance on tourism in Southern Europe and elsewhere. 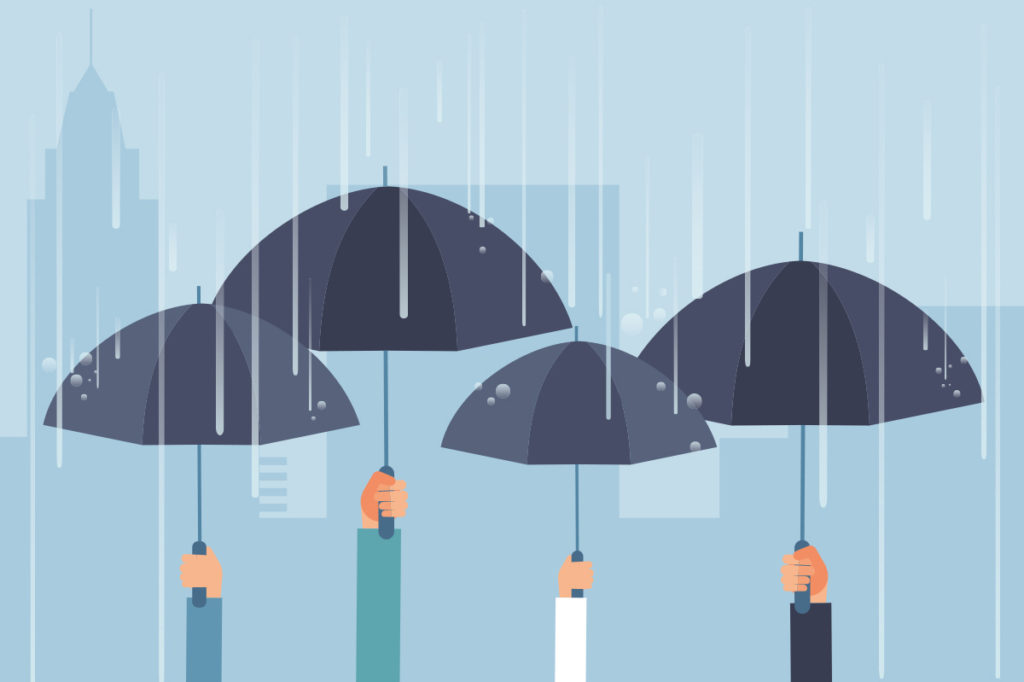 While the market may shift from senior and unitranche lending to more distressed and special situations credit, the outlook for private debt looks strong

Fundraising for European private debt exceeded $26 billion in the first half of 2021, putting the industry on track for a record year, according to PDI data. At Arcmont, CEO Anthony Fobel says: “Investors have realised the resilience of private debt as an asset class – that had never been tested until the covid crisis. This resilience, combined with the significant premium that the asset class generates versus other fixed income products and the attractive cash yield, has resulted in a highly attractive fundraising environment in 2021. It has been the most attractive fundraising period we have seen in our history, with an influx of capital from new investors and an increasingly global investor base.” Private debt had a ‘good covid’ and looks set to continue to benefit from an upswing from some time to come.