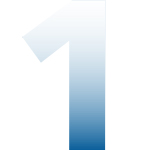 Resilience of the European market

After a turbulent year, the European private debt market is bouncing back strongly.

According to GCA Altium data, European financing activity continued to be strong in the second quarter of 2021, with 95 unitranche transactions closing across the continent – a 121 percent increase on the same period a year ago, when the impact from covid was at its greatest.

Arcmont CEO, Anthony Fobel, says the sector has had a ‘good covid’ and looks set to continue to benefit from an upswing for some time: “Investors have realised the resilience of private debt as an asset class – that had never been tested until the covid crisis. The resilience, combined with the significant premium that the asset class generates versus other fixed-income products and the attractive cash yield, has resulted in a highly attractive fundraising environment.”

Private debt is also continuing to take share from banks – a trend that will continue, says Eric Capp, head of UK at Pemberton: “Continued pressure on European bank profitability also suggests that the banks will continue to withdraw capital from the mid-market and banks may even consolidate, thus opening further opportunities for direct lending growth in Europe.” 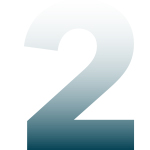 Germany is going from strength to strength

Private debt funds have really taken off in the German market – so much so that the country is set to see a record number of leveraged buyouts in 2021. GCA Altium figures show that this year the country recorded the best first half for senior and unitranche deals since 2012, with 60 transactions. Meanwhile, debt funds increased their market share against the banks to finance 65 percent of all transactions.

Norbert Schmitz, managing director for debt advisory and restructuring at GCA Altium, says the current trend will only accelerate in the coming years: “If you had asked me a few years ago I would have said there was no space for debt funds in Germany because there were such strong local banks, but the shift really kicked off in 2017 and it won’t go back now.”

One of the reasons behind this is that incumbents are less willing to lend to riskier, non-traditional projects. “The banks are really suffering with high regulation and ticket sizes are another issue, with banks just more risk-averse,” Schmitz adds. “Then, on the people side, many people from the leveraged finance teams of the big banks have moved to debt funds in Germany.” 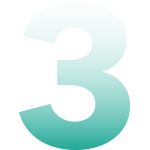 Spain has become a hot spot for investors

Direct lending is gaining momentum in Spain, with the number of transactions growing substantially.

In terms of private debt deals, the UK and France are leaders in Europe, followed by Germany. Despite this, Alfonso Erhardt, founding partner of Oquendo Capital, argues that Spain has a greater penetration than in Germany, especially in the lower mid-market, due to the consolidation that took place in the country’s banking system some years ago.

“While lenders in other jurisdictions such as France and the UK are extremely competitive, in Spain, you’re accessing a large market with slightly less competition than the more developed markets,” he says. “And although pricing is similar, leverage is lower. So, pricing is the same but at a reduced level of risk. Because of this, we are seeing more and more investors coming to Spain.”

A rise in specialist funds is also expected as Spain’s lending market matures: “We will see more people doing asset-backed lending, such as real estate debt, equipment or receivable financing,” Erhardt adds. “We will also see more venture debt, infrastructure debt or trade finance. So, I think there will be more specialisation of players, and segments other than direct lending will grow.” 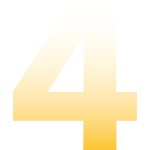 ‘Mix and match’ lending is on the rise

‘Mix and match’ lending has been driven by a need to be more flexible and secure, according to partners from Paul Hastings. “We increasingly find lending opportunities where the amount of debt that the lender is willing to provide to a business is more than the business is willing to take on as senior cash paying debt,” says Luke McDougall, a partner at the firm. “So, you have a split. That may also be because one shareholder is saying they are happy to leverage but another stakeholder, perhaps the founder or the management team, is not willing to leverage to the same degree.”

McDougall argues that ‘mix and match’ investments help to “keep everyone happy” as they allow companies to do both the opco senior secured and the holdco PIK. “The borrower still gets the benefit of the bilateral relationship with a supportive lender, but the lender underwrites two different facilities,” he says.

Despite growth in the sector, it is uncertain whether ‘mix and match’ investments will continue to take off, says Diala Minott, also a partner at Paul Hastings.

“There’s a lot of interest in pooled investments, trying to pool funds together,” she says. “But no one has yet been brave enough to do that without the restrictions around buying and selling the assets on the same terms.” 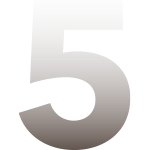 New methods of investing are emerging all the time, and the European market has been no exception to this. In order to keep up with the competition, European private debt platforms are continually expanding their toolkits and investors are looking for new options in non-correlated, niche strategies, says Tavneet Bakshi, head of EMEA at FIRSTavenue.

She says that strategies such as fund finance, venture debt and speciality finance are the ones gaining traction: “In the face of downward pressure on returns in direct lending and questions around deployment pace, investors are really keen on strategies that offer a ‘direct lending alternative’, with a strong cash yield profile and relatively mitigated downside risk through the structure or through covenants.”

Bakshi adds that when offering niche services, it is important for firms to ensure the basic processes are in order: “The key for anyone looking to offer something differentiated is to really home in on repeatable returns, as well as show that despite running a niche strategy, they still have the framework necessary to serve institutional capital. If they can do that, and really demonstrate expertise in their field, they’ll find an audience. We are certainly excited by the opportunities we see in the market, but it is not easy.”

They said it: How the industry is viewing the European market

“There are still regions in Europe where banks are strong, but that’s diminishing quarter on quarter and year on year”

“The marketplace for direct lending has produced a number of opportunities over the last 12 months whereby lenders are being asked to go into particular capital structures in two, or even three, different places”

“In Spain, banks are still very much present in the low mid-market segment, which is bigger compared to other countries in Europe, where companies are larger”