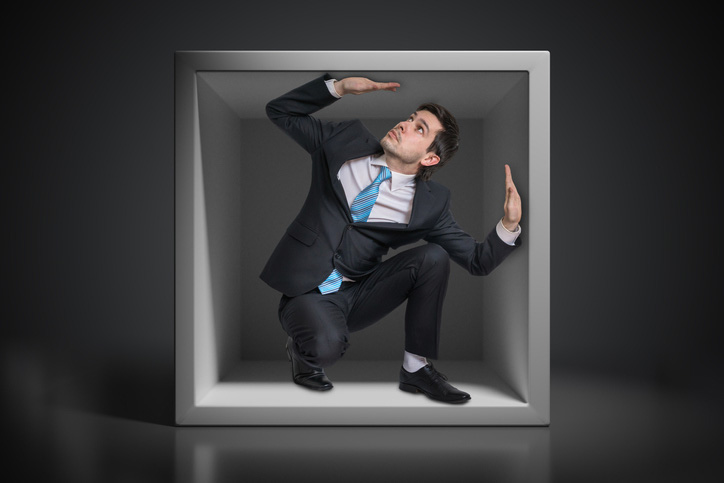 Funding for small and medium-sized enterprises has long been an area that both investors and politicians have grappled with. Although these companies are the lifeblood of both developed and developing economies, they can be x challenging to finance.

Economies of scale mean it is easier to underwrite a $100 million loan to a mid-cap company than it is to lend $500,000 to a small business, and this has made it difficult for SMEs to access traditional sources of capital. The global financial crisis altered the landscape in such a way that many could no longer rely on going to their local banks to help fund them, as banks were forced by regulation to withdraw from much of their riskier and less profitable lending operations.

A difficult situation has been made even worse as the coronavirus has triggered a global economic downturn that many economists expect to be worse than any since the Great Depression of almost a century ago. For many SMEs, the next 12 months are about simply surviving.

While alternative lenders have taken some steps into the realm of SME finance, it’s fair to say that the vast majority of private debt activity is in the mid-market. The result of this is that the early stages of the crisis have seen governments step in to provide liquidity to SMEs to help them get through an unprecedented situation in which many have seen their revenues disappear as part of efforts to control the spread of covid-19.

Although each government has adopted its own approach, much of the state support for SMEs has revolved around government-guaranteed loans. The UK government-owned British Business Bank is offering three schemes, via banks and alternative lenders, for companies of different sizes.

However, while the schemes may appear at first to be quite generous, there is no guarantee that SMEs will be able to access the cash.

“Most firms are going to struggle in the short term, but there are going to be others where the only way out is liquidation”

Stéphane Blanchoz, head of SME alternative financing at BNP Paribas Asset Management, says that under the UK’s main small business loan offering, the Coronavirus Business Interruptions Loan Scheme, “around half the companies applying have been turned down”.

The most recent figures available, dated 27 May, show CBILS had loaned a total of £8.15 billion across 43,045 applications, though the latter figure only amounts to about half of the 84,607 businesses that have applied. For very small businesses in the UK, the separate Bounce Back Loan Scheme has approved a higher proportion of applications: 608,069 out of 769,137, totalling £18.49 billion.

Germany has offered a slightly different scheme, with loans backed by state development bank KfW but provided through its various banking partnerships. However, KfW has provided three coronavirus-related financing products with various levels of risk retention for its partner banks, ranging from 80 percent to 100 percent state-guaranteed.

“KfW’s house banks have been reluctant to take on the risk for any of these loans as there’s a lot of uncertainty about how fast the economy is going to recover,” says Daniel Bartsch, founding partner and managing director of Frankfurt-based SME lender creditshelf.

He expects the government to put increasing pressure on banks – and particularly those, such as Commerzbank, in which the state has a significant stake – to lend more to businesses. However, he believes there will continue to be a shortage of available credit to help companies start to recover from the downturn. This could be where alternative lenders can step in.

“We have some big advantages in this situation because we operate a digital process,” he explains. “It’s easy to approach us as you don’t need to walk into a bank branch, many of which are closed at the moment. We can also give rapid feedback within 48 hours and move to the second stage of our credit selection process.”

Creditshelf uses a two-step process to filter borrowers. The first step is mainly focused on automated quantitative analysis, while the second involves making qualitative decisions. However, the balance between the two has changed during the crisis.

“In the past we would rely on the quantitative info,” Bartsch says. “But now we are very focused on finding out how companies plan to cope with the current situation and what future opportunities they see. We want to understand their plan.”

SME lenders are trying to process new applications for credit, the number of which reportedly spiked during the latter stages of Q1 and early Q2. However, they are also having to get to grips with how the crisis is affecting their existing portfolios.

BNP Paribas’ Blanchoz says existing borrowers have been a priority: “The first thing we did is reach out to our existing portfolio to see if they needed any help. Some needed some additional assistance outside of the CBILS scheme, such as payment holidays, and some loan documents have been adjusted.”

However, he says work has also been undertaken to understand the future viability of the portfolio: “We need to think about the long-term impact of the crisis. Are we simply postponing problems for the future? Most firms are going to struggle in the short term, but there are going to be others where the only way out is liquidation.”

Although some sectors are likely to suffer more from the effects of covid-19 than others, Blanchoz says it is not always clear cut. While tourism has been one of the sectors of the economy hardest hit during the crisis, he was surprised to find the revenues of one company in his portfolio, a campervan rental business, to be holding up well.

Despite the continued concerns, BNP Paribas has continued to approve new loans in the last couple of months. Blanchoz says that through late May the firm had seen an increase in applications for credit.

“It’s early but we are seeing good signs that there are SMEs out there that need capital and we have a role to play,” he says. “The banks are really focused on their existing clients and this can create opportunities for alternative lenders.”

Looking further ahead, SME lenders could see waves of opportunity coming next year as government schemes begin to pull back and companies seek to refinance their government-backed loans.

Bartsch explains: “At one point, KfW is going to withdraw from the market, and then we will see a wave of refinancing in the future, beginning next year, not just as government-backed loan terms come to an end but also because these loans place heavy restrictions on their borrowers, such as not allowing them to pay dividends or curbing pay for directors.”

UK government loans are interest-free for one year, but terms are likely to become significantly less attractive after that one-year period. For SME lenders, this could be a crucial phase in gaining new business, and funds that are prepared to handle this wave of activity will be the ones that are able to access the best opportunities coming out of the recession.