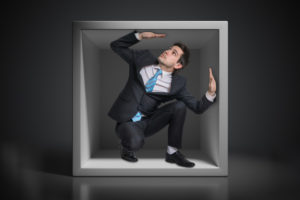 The rewards from running a successful company in the UK can still be realised, but increasingly with the support of fund managers rather than banks.

Cash-out deals are making a comeback. Way before the financial crisis hit, it was not uncommon for small and medium-sized enterprise owners to seek to unlock some of the value they had built up in their businesses amid a buoyant economy, by filling the gap with senior debt to be repaid at low interest rates.

That trend slowed to a standstill in the decade that followed, but in the past couple of years we’ve started to see interest tick up again, and in 2020, it is powering forward. Only now, instead of deploying bank debt, SME owners are turning to private capital to achieve those ends. The upshot is an opportunity for private debt investors.

Clearly, the economic climate is very different today to what it was pre-financial crisis, and this time round, the drivers of demand are different as well. On the one hand, the economic impact of covid-19 has brought into sharp focus the risks of having so much of an individual’s or family’s wealth tied up in one asset – their business. Business owners, who do not wish to relinquish full control of the company by selling completely, may decide it makes sense to realise some of the upside via a partial exit now, while leaving some untapped value still on the table on which they can capitalise in the future.

Capital gains tax is the other major consideration. There has been much speculation in the press about the likelihood of CGT increases as the UK Chancellor tries to plug gaping holes in public finances that are being ravaged by covid containment measures. The very threat of significant tax hikes is enough to spook many hard-working SME owners who have risked much to build up successful businesses and now face the prospect of receiving much smaller rewards for it.

What used to be called Entrepreneurs’ Relief (and is now known as Business Asset Disposal Relief) has already been scaled back, and, for private company investors, well-established or sizeable SMEs don’t qualify for tax breaks under the Enterprise Investment Scheme either. No wonder SME owners and investors are keen to get ahead of the game and minimise the impact of any increases to headline CGT rates.

Banks see things very differently these days too. Supply and demand for bank lending for these kinds of deals all but dried up immediately post-credit crunch and the lingering constraints on banks’ appetite and ability to lend to SMEs mean the supply side has never really recovered, even years later, despite demand edging upwards. That’s unlikely to change any time soon, given that banks are now having to prioritise providing emergency loans to existing customers and managing their loan books through what are likely to remain tough times ahead.

However, that doesn’t mean the door is closed to these deals. There are providers of capital out there that are happy with the prospect of generating mezzanine-type returns from a prior-ranking, high-yield debt instrument, with an equity kicker (such as a warrant of 10-15 percent) as the cherry on top. The fact that owners who have made the business a success are staying in place and retaining a sizeable equity stake to guarantee their continued dedication is compelling when considering the merit of such deals.

Cash-out deals now account for almost half the pipeline of prospective investments we are seeing at Connection Capital, up from around a third last year. If that’s reflective of demand among UK SMEs at large, then the signs are that there is an attractive market developing in the space, ready for more private debt investors to get involved. There’s plenty of potential for those prepared to capitalise on it.